Dollar at month-high ahead of Fed meeting 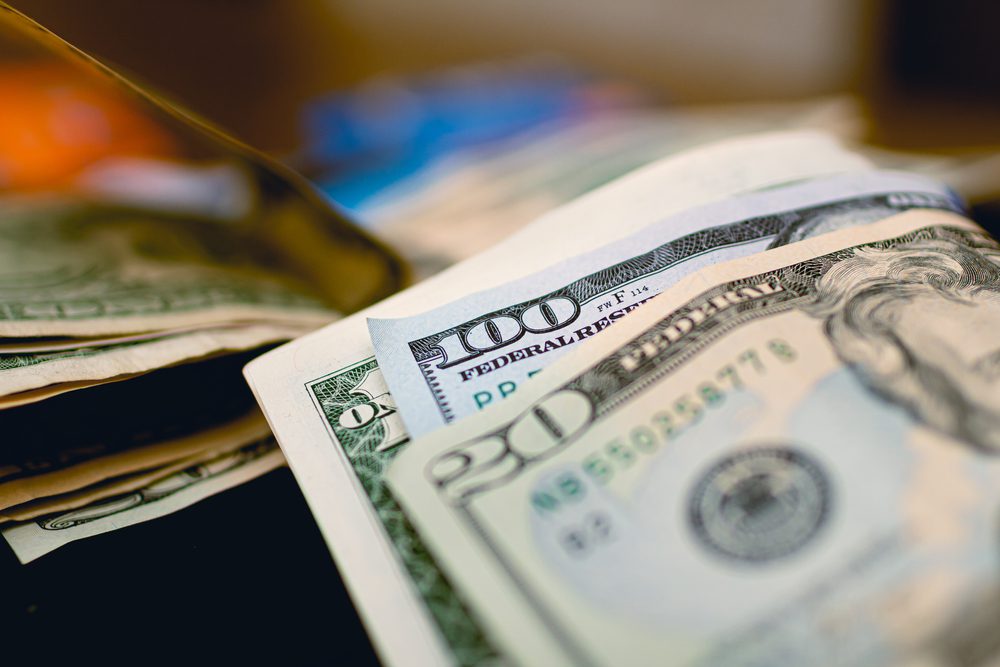 The dollar rallied to a month-high in Asia on Monday as looming catastrophe at indebted developer China Evergrande added extra nerves to a cautious mood, with investors expect the Federal Reserve to move closer to tapering this week.

In trade thinned by holidays in Japan, China and South Korea, the euro dropped 0.1% to $1.1710, its lowest since late August.

The U.S. dollar is having a bit of a rebound, said Westpac analyst Imre Speizer, drawing support, he added, both from an expectation of imminent asset purchase reductions from the Fed and from caution as stock market selling gathers pace. Everyone is eying the Fed, waiting for a tapering signal.

The yen held its own, edging up 0.1% to 109.88 per dollar, while equity markets fell with concern that an Evergrande collapse could trigger a broader crisis.

Onshore Chinese markets were shut for the mid-Autumn break but the offshore yuan dropped through its 200-day moving average to a three-week low of 6.4848 per dollar.

Ahead this week, a dozen central banks hold meetings, but traders’ top focus is on the Fed where expectations for a tapering signal are keeping the dollar bid.

The Fed concludes a two-day meeting on Wednesday and consensus is that it will stick with broad plans for tapering this year but will hold off providing details or a timeline for a at least a month.

Creeping U.S. yields, however, point to risks of a hawkish surprise or a shift in projections to show hikes as soon a 2022, both of which could support the dollar.

What the dollar bulls will be looking for is for the dot plot to show a 2022 lift-off, said analysts at OCBC Bank in Singapore, something which would need only a change of mind from two or three Fed members.

This would represent an extension of the hawkish-Fed, dollar-positive narrative that had ran slightly out of steam by August, they said.

A little over a week into 2022 we’ve already experienced some major market movements.... END_OF_DOCUMENT_TOKEN_TO_BE_REPLACED

One of the FTSE 100’s current disadvantages, when it has come to attracting international... END_OF_DOCUMENT_TOKEN_TO_BE_REPLACED

Did you know you could build wealth by investing in Lego? A study suggests... END_OF_DOCUMENT_TOKEN_TO_BE_REPLACED

With most major stock markets around the world spending time at or near record... END_OF_DOCUMENT_TOKEN_TO_BE_REPLACED

For years, Baillie Gifford’s technology funds have been driving outsized returns for the mainly... END_OF_DOCUMENT_TOKEN_TO_BE_REPLACED