The dollar weakened against most major currencies on Thursday as support from the Federal Reserve’s hawkish messaging subsided and investors turned their attention to a hotly anticipated U.S. jobs report. 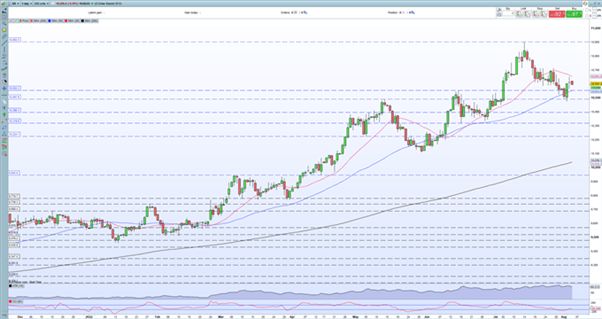 Earlier on Thursday, the Bank of England raised interest rates by the most since 1995. The British pound initially weakened as the central bank warned that a long recession was on its way with inflation seeing topping 13% but it later gained some ground as the dollar fell.

Investors will get a key snapshot of how the U.S. economy is faring on Friday, when the Labor Department reports employment data for July. Signs that the U.S. job market continues to be robust will likely bolster expectations for more monetary policy tightening from the Fed.

Fed officials have continued to push back against the perception that U.S. interest rates were close to peaking. On Thursday, Cleveland Fed President Loretta Mester said the Fed should raise interest rates to above 4% to help bring inflation down and aim to keep tightening through the first half of next year.

The dollar’s strength has yet to peak, a Reuters poll released on Thursday showed. Of those polled, 70% thought the dollar had some room to rise further in this cycle, even after its index hit its highest level in two decades in July.