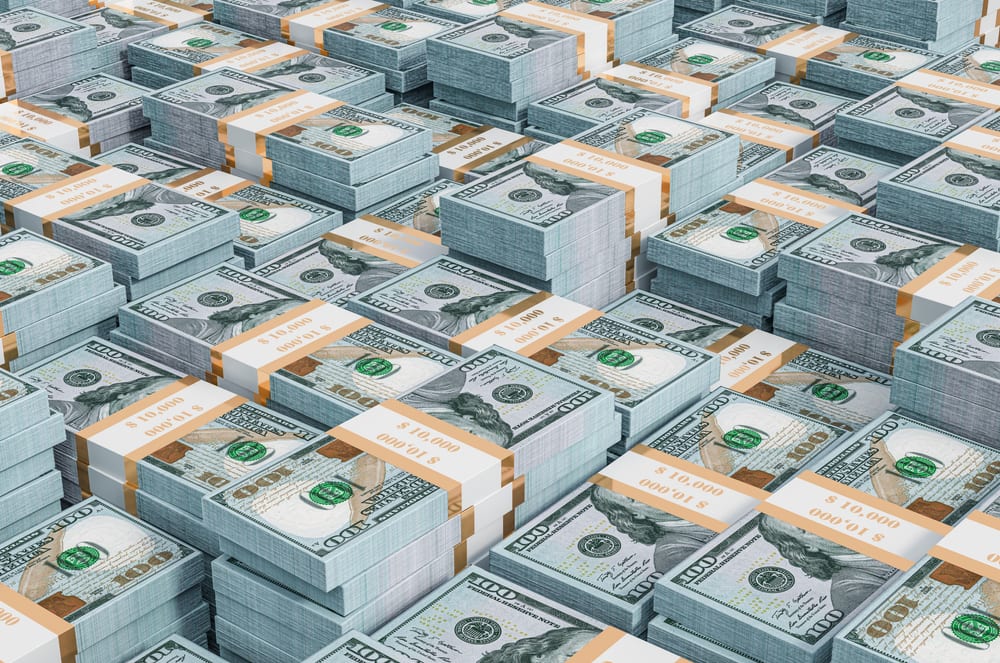 The dollar’s received a further boost as the Nasdaq dropped more than 2%, the S&P more than 1% and the Dow Jones Industrial Average declined 0.69%

The dollar rose to a two-week high on Tuesday, partially unwinding a month long decline, as risk appetite faded with a sell-off in stocks and a rally in Treasuries, and after U.S. Treasury Secretary Janet Yellen said interest rates may need to rise to prevent the American economy from overheating.

Yellen, in prepared remarks on Tuesday, made the comment as more of U.S. President Joe Biden’s economic investment programs come on line. She did say the additional spending was small compared to the relative size of the economy.

The dollar’s safe-haven appeal received a further boost as the Nasdaq dropped more than 2%, the S&P more than 1% and the Dow Jones Industrial Average (DJIA) a less steep 0.69%, and as Treasury yields declined.

Analysts said much of the good news has likely been priced in by the market.

After improving dramatically through the first quarter, U.S. economic expectations have converged with reality, meaning that surprises are no longer skewed toward the positive, said Karl Schamotta, chief market strategist at Cambridge Global Payments in Toronto.

For many investors and momentum traders, some rebalancing – away from risk-sensitive currencies and toward havens – is making a lot of sense at this juncture, he added.

The dollar index, which measures the dollar’s value against a basket of other major currencies, jumped 0.4% to 91.34, just short of a near two-week high. It shed more than 2% in April.

There is no consensus right now on what will happen to the dollar for the rest of the year as there was at the start, Tempus Inc said in its latest research note.

While some traders see the U.S. dollar with room to grow because of bond yields going higher in the future as inflation expectations grow, others believe the buck is now overvalued and will only keep dwindling as the rest of the world successfully plays catch-up, it said.

Most of the dollar’s gains were notched against the antipodean currencies, chiefly the Australian dollar, even though commodity prices were generally firmer across the board.

The greenback advanced nearly 1% versus the Aussie and New Zealand dollars.

Sterling tumbled 0.1% to $1.3881 ahead of a Bank of England (BoE) meeting on Thursday, which may announce a slowdown in its bond buying program as the vaccine rollout bolsters Britain’s economy.

That the international travel sector is, thanks to the Covid-19 pandemic, in a bit... END_OF_DOCUMENT_TOKEN_TO_BE_REPLACED

With a growing number of economists arguing there is a high chance we are... END_OF_DOCUMENT_TOKEN_TO_BE_REPLACED

While most still caveat the argument with the get-out clause it is far from... END_OF_DOCUMENT_TOKEN_TO_BE_REPLACED

Natural gas prices have rocketed with Russia accused of managing supply to drive up... END_OF_DOCUMENT_TOKEN_TO_BE_REPLACED

After their valuations boomed in 2020, the UK’s online fast-fashion giants of Asos and... END_OF_DOCUMENT_TOKEN_TO_BE_REPLACED