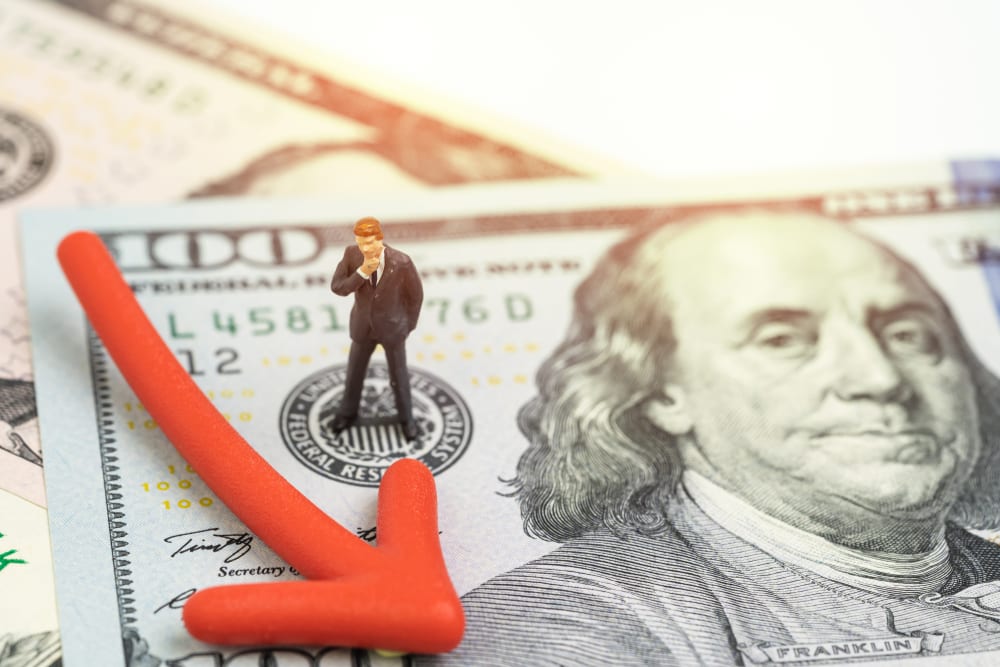 The greenback is set for its best weekly gain in nearly a month as concerns about a quicker-than-expected U.S. interest rate hike capped losses

The dollar was lower on Friday morning in Asia. However, the greenback is set for its best weekly gain in nearly a month as concerns about a quicker-than-expected U.S. interest rate hike and rising cases of the delta variant of the coronavirus capped losses.

The USD/JPY pair rose 0.09% to 109.95. The Bank of Japan (BOJ) concluded a two-day meeting earlier in the day, where it left its yield curve control (YCC) target unchanged at -0.1% for short-term interest rates and 0% for 10-year bond yields. BOJ also cut the current fiscal year’s growth forecast while maintaining that the economy was headed for a moderate recovery.

The AUD/USD pair rose 0.15% to 0.7438, but the lockdown in Australia’s biggest cities of Melbourne and Sydney weighed on the Australian dollar.

New Zealand’s consumer price index (CPI) for the second quarter was higher than expected, growing 3.3% year-on-year and 1.3% quarter-on-quarter, a decade high. The New Zealand dollar was among the biggest mover amongst majors in the morning trade after the data’s release.

Investors are now pricing an 86% chance that the Reserve Bank of New Zealand (RBNZ) will hike interest rates in August, earlier than expected. This will make it the first developed-market central bank to exit from emergency policy settings should it do so.

However, a firm greenback meant that the New Zealand dollar remained within recent ranges.

Clearly the U.S. dollar has got some power behind it, and I think that’s holding back all the majors. There’s an interest rate side to it, and sometimes it’s a safe-haven bid. We do feel that the dollar’s going to be quite strong over the next few months, Westpac strategist Imre Speizer told Reuters.

With Speizer adding that recent U.S. data fed into higher yields and rate-increase expectations, investors now await data on June core retail sales as well as the Michigan consumer sentiment and expectations indexes, due later in the day.

The Thai baht, which was one of the currencies most battered by the recent COVID-19 outbreaks, was set for a fifth consecutive weekly loss as the country posted a record number of daily cases.

A little over a week into 2022 we’ve already experienced some major market movements.... END_OF_DOCUMENT_TOKEN_TO_BE_REPLACED

One of the FTSE 100’s current disadvantages, when it has come to attracting international... END_OF_DOCUMENT_TOKEN_TO_BE_REPLACED

Did you know you could build wealth by investing in Lego? A study suggests... END_OF_DOCUMENT_TOKEN_TO_BE_REPLACED

With most major stock markets around the world spending time at or near record... END_OF_DOCUMENT_TOKEN_TO_BE_REPLACED

For years, Baillie Gifford’s technology funds have been driving outsized returns for the mainly... END_OF_DOCUMENT_TOKEN_TO_BE_REPLACED