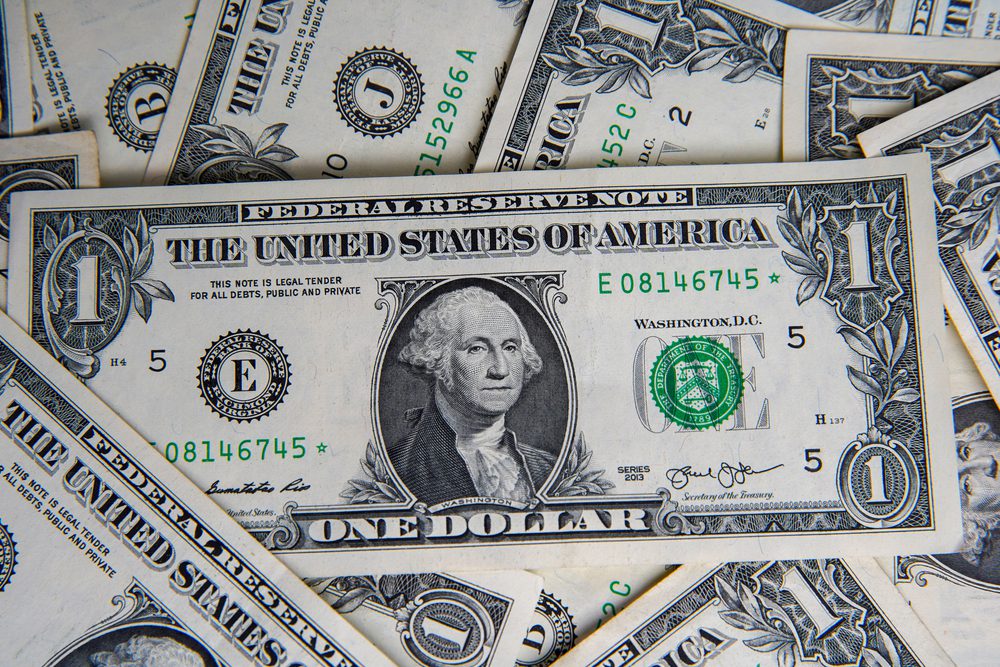 The dollar rebounded off a one-month low on Monday as traders looked ahead to tighter U.S. monetary policy even as they bet on the prospect of interest rate hikes happening earlier outside of the United States.

Currency markets were broadly quiet at the start of the week with traders awaiting U.S. growth data and central bank meetings in the euro zone, Japan and Canada.

The dollar index initially declined to a one-month low during trading in Asia, extending softness after Federal Reserve Chair Jerome Powell said on Friday it was not yet time to begin raising interest rates.

While Powell said it was not right to start hiking rates, he also warned about inflationary pressures and said it was time to cut back on its asset purchases.

Analysts said the dollar’s rebound was also aided by the euro slipping 0.2% to $1.1625 ahead of the European Central Bank (ECB) meeting on Thursday.

There is no way that they (ECB policymakers) can’t acknowledge that inflation has run higher, but also they do not want to get dragged into a game of expectations given the ECB’s dovish proclivities, said Jeremy Thomson-Cook, chief economist at payments firm Equals Money.

Thomson-Cook said: Alongside inflation and growth data due this week, we will be able to mark the European economy a lot better against its UK and U.S. counterparts, something we expect to continue to allow for additional euro weakness moving forward.

The dollar also chalked up gains versus the Japanese yen, rising 0.2% to 113.68 yen. The Bank of Japan (BoJ) meets later this week but like the ECB, it is not expected to shift from its dovish policy stance.

But the U.S. currency did not rebound against all its rivals, with gains for commodity-linked currencies such as the Australian, Canadian and New Zealand dollars, which are also benefiting from the rally in commodity prices.

Support for the U.S. dollar from higher U.S. yields has been dampened so far this month both by the improvement in global investor risk sentiment, and by similar rise in yields outside of the U.S. on average in other G10 economies, said Lee Hardman, an analyst at MUFG.