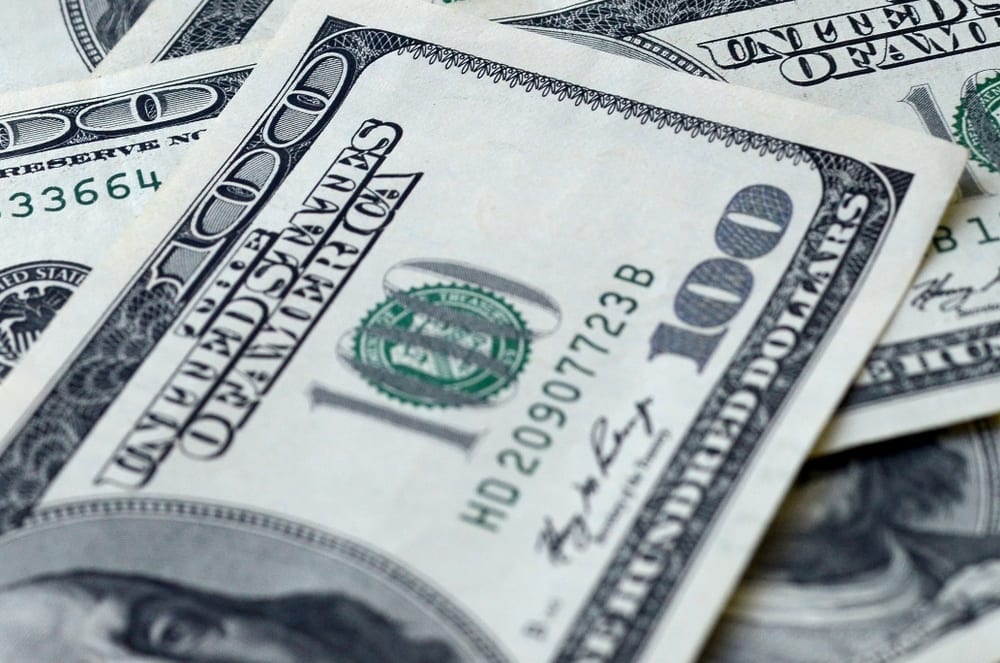 The dollar slid in another seismic shift to price in more US interest rate cuts on Thursday, after President Donald Trump disappointed markets with a coronavirus plan light on details. The greenback dropped 1 per cent to 103.32 yen, fell as much as 0.6 per cent to $1.1333 against the euro and lost 0.6 per cent to the safe-haven Swiss franc, while stocks plunged.

Trump announced on Wednesday a ban on travellers from 26 European countries entering the United States for a month. He unveiled economic steps to counter the virus but his address from the Oval Office was light on medical measures beyond assurances that “the virus has no chance against us”.

The market was looking for more, said Moh Siong Sim, currency strategist at the Bank of Singapore. A travel ban is part of the solution, but the more important parts are still missing. They are really the public health measures: Paid sick leave, free testing, free treatment, he said. The market is right now looking for perhaps more action from the Fed, given the disappointment from the White House.

Indeed, futures markets reacted swiftly. They are now pricing in the US  Federal Reserve moving the lower end of its benchmark funding band to zero when it meets next week, if not before.

The deflationary shock that we had assumed would trigger a U.S. entry into the zero-yield world is turning out to be a combo of trade war, oil price war and COVID-19 virus, JP Morgan’s long-term strategists Jan Loeys and Shiny Kundu said in a note. (There are) close to even odds now of an official US recession this year.

Trump’s address came with markets already in turmoil amid a string of increasingly dire news on the coronavirus. The longest bull run in US stock market history has ended, with market talk that selling to cover margin calls was keeping gold and bonds from rallying.

The World Health Organization overnight described the outbreak as a pandemic. Italy, where deaths rose by nearly a third overnight, has shuttered all shops except supermarkets, food stores and pharmacies.

Australia on Wednesday announced an $11.4 billion stimulus package including wage subsidies and cash payments to small businesses – though the Aussie slid further with the mood and growing recession fears.

Investors are now waiting to see how aggressively the European Central Bank acts at its meeting later on Thursday. Investors expect a cut to the main deposit rate by 10 basis points. But it is no certainty since rates are already at a record-low -0.5 per cent and further cuts could hurt bank margins and so squeeze lending.

A press conference is due at 1230 GMT in Frankfurt, after the monetary policy meeting. The euro steadied at $1.288 in the meantime.

There’s a sense to which currency markets are going to reward the currencies of countries that are seen to be using whatever space they’ve got for easier fiscal and monetary policy, said Ray Attrill, head of FX strategy at NAB. (But) even if the ECB wheel out a cocktail of lower rates, stepped up QE, more long-term … in itself, that’s not going to inspire a huge amount of confidence that the eurozone economy is going to escape recession. The hope would be that we’ll have something more tangible on the fiscal side sooner rather than later.

Over 500 trade shows cancelled, costing up to €23 billion

That the international travel sector is, thanks to the Covid-19 pandemic, in a bit... END_OF_DOCUMENT_TOKEN_TO_BE_REPLACED

With a growing number of economists arguing there is a high chance we are... END_OF_DOCUMENT_TOKEN_TO_BE_REPLACED

While most still caveat the argument with the get-out clause it is far from... END_OF_DOCUMENT_TOKEN_TO_BE_REPLACED

Natural gas prices have rocketed with Russia accused of managing supply to drive up... END_OF_DOCUMENT_TOKEN_TO_BE_REPLACED

After their valuations boomed in 2020, the UK’s online fast-fashion giants of Asos and... END_OF_DOCUMENT_TOKEN_TO_BE_REPLACED