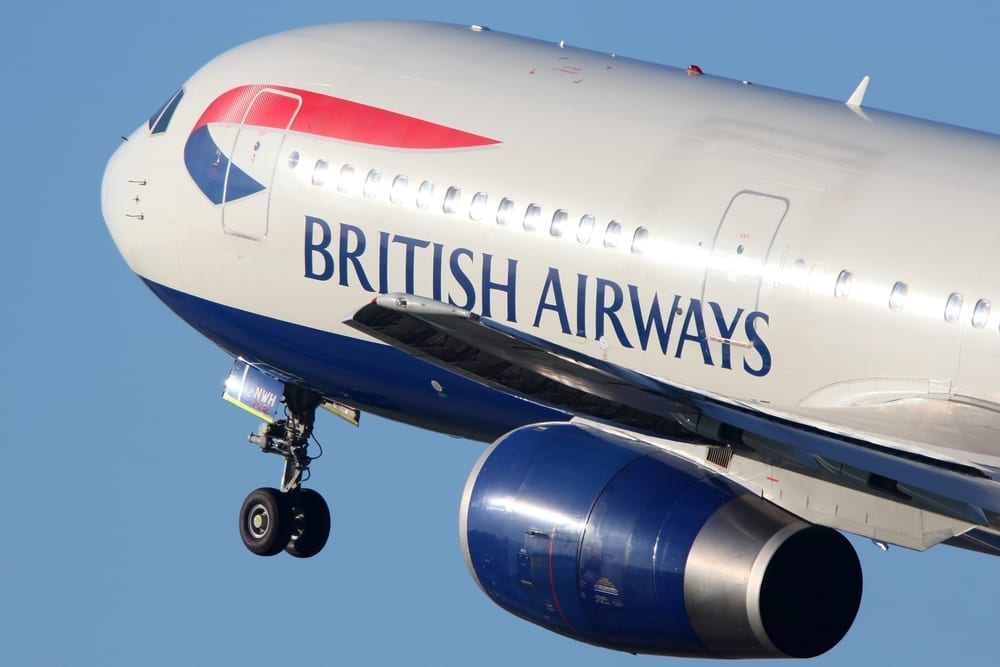 Easyjet, Ryanair and British Airways-owner IAG have all seen their share prices decimated today after the three, the UK’s busiest, all announced mass groundings of aircraft that will see services cut to a minimum throughout April and May. IAG’s share price was down almost 26.5% as the day’s session headed towards its close, while the EasyJet and Ryanair share prices were down roughly 20% and 12% respectively. 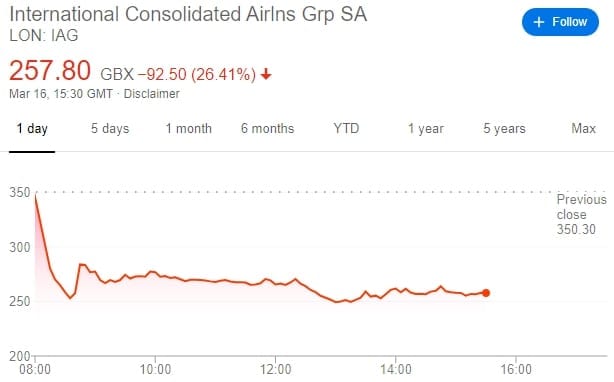 The mass aircraft groundings combined with news of increased travel restrictions around much of Europe as national governments introduce strict measures in an attempt to slow down the spread of the Covid-19 coronavirus were behind the new slump the airlines’ valuations. Today’s renewed investor sell-off of the industries most impacted by social distancing and travel restriction measures have dragged the FTSE 100 to a loss of a little under 4.5% for the day, despite a late recovery for the UK’s benchmark index.

Ryanair, which is Europe’s busiest airline and was expected to be used by 150 million passengers this year jetting off across Europe, has announced that it expects an 80% drop in the number of flights it operates this month. That will be a particular blow for London’s Stansted, where Ryanair flights account for up to two thirds of slots.

The situation could, potentially, get even worse, with the airline adding to the announcement that “a full grounding of the fleet cannot be ruled out”. Heathrow’s largest operator BA is planning on cutting scheduled flights during April and May by 75%, while EasyJet, which is Gatwick’s most significant operator has said that the likelihood is that the majority of its fleet will be grounded.

Over the past two months, IAG’s value has now dropped by around 60%. The sell-off hit BA’s owner earlier than Ryanair and EasyJet, which only operate flights within Europe or just beyond its peripheries. BA on the other hand also runs long haul routes to China and Asia as well as much of the rest of the world. While over a shorter period, EasyJet’s share price is also down 60% overall, with the slide starting just 5 weeks ago compared to 2 months in the case of IAG. Ryanair has proven most resilient of the three with a slightly less spectacular, though only relatively, 46% dive.

Other airlines operating in and out of the UK, and listed on the London stock exchange, are not fairing much better. East Europe specialist Wizz Air has lost approximately half its value, including an over 17% fall today.

There has already been one casualty to the pandemic. The already vulnerable Flybe UK regional carrier went under after a drop in its bookings a few weeks ago as the Covid-19 scare was just getting started. That proved enough to push it over the edge, where it where it was already struggling to keep balance.

A little over a week into 2022 we’ve already experienced some major market movements.... END_OF_DOCUMENT_TOKEN_TO_BE_REPLACED

One of the FTSE 100’s current disadvantages, when it has come to attracting international... END_OF_DOCUMENT_TOKEN_TO_BE_REPLACED

Did you know you could build wealth by investing in Lego? A study suggests... END_OF_DOCUMENT_TOKEN_TO_BE_REPLACED

With most major stock markets around the world spending time at or near record... END_OF_DOCUMENT_TOKEN_TO_BE_REPLACED

For years, Baillie Gifford’s technology funds have been driving outsized returns for the mainly... END_OF_DOCUMENT_TOKEN_TO_BE_REPLACED