Cevian Capital, Europe’s biggest activist investor with $16 billion of assets under its management, has increased its stake in London-listed insurer Aviva to over 5%. Cevian recently demanded Aviva return £5 billion to investors through share buybacks and dividends and wants the company to cut costs.

Cevian increasing its holding above 5% will allow it to ramp up the pressure on Amanda Blanc as the investor now has the right to call a shareholder meeting. The Anglo-Swedish firm can also now table resolutions at the insurer’s annual meetings.  Another route Cevian could choose to go down is to push for a chair on the Aviva board. 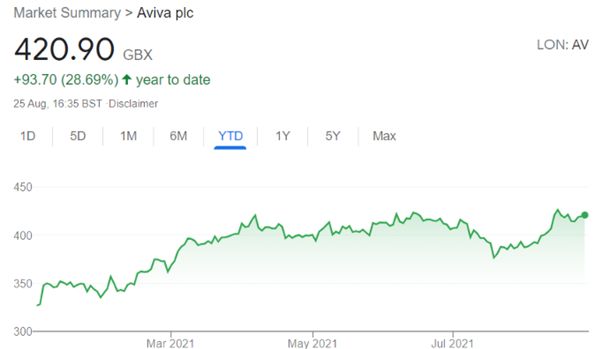 In June, Cevian revealed to the stock market that it had built up a 4.95% position. However, the demand for £5 billion of surplus capital to be returned to shareholders by next year it expressed at the time has not been met by the Aviva board. Instead, plans for £4 billion to be returned to shareholders were laid out for the board starting with the immediate launch of a £750 million share buyback.

“We have increased our ownership in Aviva as the company continues to make swift progress on operational transformation, divestments and excess capital return. We remain confident that Aviva will meet or exceed the expectations we have previously communicated.”

While being careful to maintain a non-combative tone, Cevian has a reputation for getting its way as an activist investor. However, the general feeling in the City is that Blanc has, in fact, made quick progress in making changes to the business since taking charge last July after years of underperformance.

She has refocused the insurer on its core markets in the UK, Ireland and Canada, selling off businesses in eight other countries including France, Italy and Singapore, raising £7.5 billion.

Cevian takes a more conciliatory approach to its demands than the often aggressive approach of American activist investors, labelling itself a “constructivist”. Its style is to try to work together with the boards and management of the companies it invests in to bring about the changes it wants. The firm has prior experience in the insurance sector and previously held stakes in both Old Mutual and RSA.