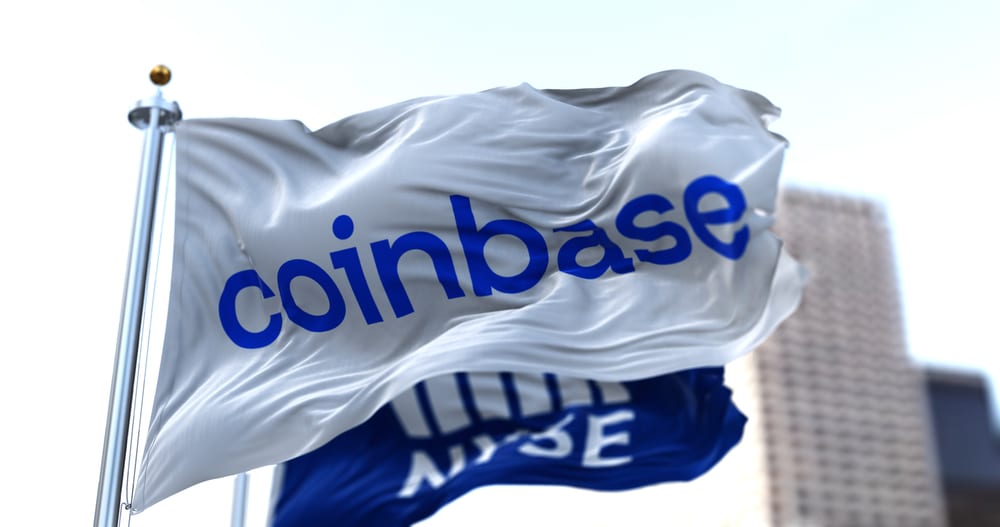 That Wednesday, April 14th will go down as a significant moment in the history of financial markets is roundly agreed upon. It was the day cryptocurrency exchange Coinbase made its public markets via a direct listing – an alternative to a traditional IPO where no new shares are issued or sold. They simply start trading.

Direct listings are a route to a stock market listing sometimes favoured by already well-funded companies, most commonly Silicon Valley-backed tech companies, that don’t feel the need to raise more cash via an IPO. Almost unusually for a big-name tech company going public, Coinbase is profitable. It made an estimated net profit of between $730 million and $800 million on a turnover of $1.8 billion over just the first three months of the year.

One advantage of a direct listing is that it comes without the traditional restriction of a six-month lockup period during which founders, early investors and other insiders are unable to sell their shares.

Before its listing this week Coinbase had raised around $500 million in private investment. It was most recently valued as a private company at around $8 billion. Its shares started trading at $381 on Wednesday morning – 52% higher than the reference price of $250 set by the Nasdaq exchange. At one point during that first day as a public company, Coinbase’s market capitalisation hit $100 billion before it closed the day at $85.7 billion when counting its outstanding shares – more than ten times its most recent private valuation.

By the end of the week, Coinbase’s valuation had slid to a little over $67 billion. But it still counts as a hugely successful debut for the first major cryptocurrency company to go public via a stock market listing.

The obvious significance of Coinbase’s public markets debut is that it became the first company in its still fledgeling sector to do so. The fact that markets rewarded its bravery with a spectacular valuation, even after the slide from its valuation at the close of its shares’ first day of trading, is equally significant.

But there is plenty of debate around the nature of that significance. For some, Coinbase’s lofty early valuation is proof that the cryptocurrencies market is coming of age and breaking through into mainstream finance.

Does the Coinbase listing have shades of 1999 and the dotcom bubble?

For others, it’s the latest indication markets have gone mad and we’re deep into a new dotcom bubble that will wreak havoc on stock and wider financial markets when it finally goes ‘pop’. The naysayers are convinced Coinbase’s listing will be remembered as 2021 equivalent to Priceline.com – the unsold airline tickets auction platform that went public in March 1999 at $16 a share.

On its first day of trading the Priceline share price touched $88, before settling at $69, valuing the company at $9.8 billion – then the largest ever first-day valuation of an internet company. A month later the company’s share price had reached almost $975-a-share, giving investors a return of 1000% and seeing Priceline’s valuation rise to over $23 billion.

But it wasn’t to last. The dotcom bubble burst, then 9/11 hit travel companies badly. By October 2002, Priceline was worth just $0.25 billion. Pets.com, eToys, Kozmo.com, UrbanFetch were other dotcom internet companies that promised to “change the world” and were rewarded with huge valuations before crashing and burning when the dotcom bubble burst.

Coinbase’s market debut has the obvious difference the company is profitable. Like most of the dotcom internet companies over two decades earlier, many of today’s equivalents are also loss-making, but the cryptocurrency exchange doesn’t fall into that category.

It does, however, have a business model that relies on the existence of a thriving market for cryptocurrencies. Coinbase’s revenues are derived from the small cut it takes on cryptocurrency transactions taking place over its exchange – the same way a stock exchange makes money.

The London Stock Exchange is currently valued at £42.8 billion, which equates to $59.2 billion at current exchange rates – $8 billion less than Coinbase’s closing market capitalisation on Friday. Coinbase is worth almost exactly the same as Intercontinental Exchange, which runs the New York Stock Exchange, and the ICE futures exchange – the world’s largest.

At the $85 billion valuation settled on at the end of its first day of trading, Coinbase was worth roughly the same as banks like HSBC Holdings and more than UBS Group or Banco Santander – financial institutions managing trillions of dollars in assets and experienced in turning a profit.

Unlike traditional exchange operators and the world’s largest banks and financial institutions, Coinbase’s revenues rely on the trade of cryptocurrencies that, at least as of now, have no practical use other than as speculative investments. Bitcoin enthusiasts herald the most established and largest cryptocurrency as a store of value – digital gold. But its price is hugely volatile.

Of course, that may change in the future. But right now, Coinbase’s huge valuation is based on a market that is neither an established part of financial markets nor comes with any real certainty it ever will be. Cryptocurrencies may well embed themselves into future financial markets. But they also might not. The Coinbase valuation seems to completely ignore that risk.

Even for those who believe in a bright future for cryptocurrencies, it’s hard to see why Coinbase currently justifies anything close to a $64 billion valuation.

Does Coinbase on the NYSE herald the dawn of the age of cryptocurrencies in financial markets and blockchain as a new technology sector?

The significance of Coinbase’s stock market debut is, for others, very different. It means cryptocurrencies have been given tacit acceptance by public markets. And blockchain technology is ready to come of age and make a major impact on the global economy.

Ultimately, the two interpretations of the significance of Wednesday, April 15th 2021 don’t need to be mutually exclusive. The dotcom boom continues to this day, long after the dotcom bubble burst over 20 years ago. Most of the biggest companies in the world today are internet or internet-enabled technology companies. Some, like Apple, Amazon and Microsoft are survivors of the dotcom crash.

Coinbase’s valuation as it made its stock market debut last week may prove in retrospect to have been a clear warning flag ahead of a new dotcom bubble bursting – or at least slowly deflating to a much smaller size.

If cryptocurrencies and blockchain technology don’t become as influential as many of Coinbase’s investors are convinced they will, the digital assets exchange will be held up as a prime example of speculative fever having gripped markets.

Coinbase could also go on to become a next-generation Amazon. Even if its valuation takes a heavy hit before rising again.

A little over a week into 2022 we’ve already experienced some major market movements.... END_OF_DOCUMENT_TOKEN_TO_BE_REPLACED

One of the FTSE 100’s current disadvantages, when it has come to attracting international... END_OF_DOCUMENT_TOKEN_TO_BE_REPLACED

Did you know you could build wealth by investing in Lego? A study suggests... END_OF_DOCUMENT_TOKEN_TO_BE_REPLACED

With most major stock markets around the world spending time at or near record... END_OF_DOCUMENT_TOKEN_TO_BE_REPLACED

For years, Baillie Gifford’s technology funds have been driving outsized returns for the mainly... END_OF_DOCUMENT_TOKEN_TO_BE_REPLACED