Regulators rather than competitors have been accepted as the most significant threat to big tech’s continued growth over coming years. But it would certainly be naïve to presume the largest companies the world has ever seen will quietly accept regulatory dictates that inhibit that growth. They will choose their battles but there will undoubtedly be battles.

Social media giant Facebook has just drawn the lines for one by challenging the jurisdiction of the UK’s Competition and Markets Authority (CMA). The regulator has recently suggested Facebook’s $400 million acquisition of Giphy, the popular Gif memes library, should be unwound. 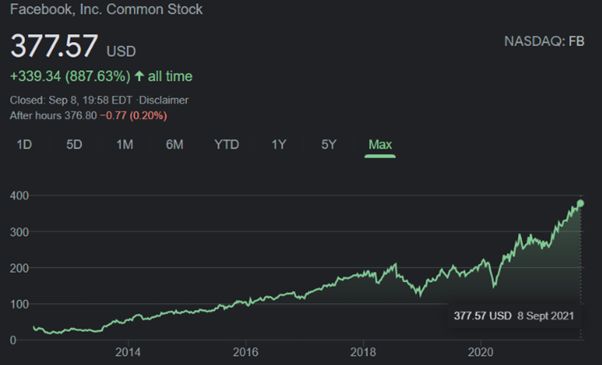 Yesterday Facebook hit back through a 14-page denouncement of the CMA’s stance, calling its push for the deal to be reversed a “manifestly disproportionate” position. The tech giant also disputed the CMA’s claim it holds “significant market power” in the UK’s display advertsing sector.

In an open challenge to the CMA’s jurisdiction, Facebook labelled any move to try to retroactively block the acquisition of Giphy would not only be based on “grossly unreasonable” conclusions but represent an “extreme” intrusion into a deal between two companies, neither of which is based in the UK.

The deal for New York-based Giphy was announced last May by Facebook, which also owns the image-based social media Instagram and messaging app WhatsApp. Domestic critics in Washington and numerous international regulators believe its social media empire represents a practical monopoly and want the company to be broken up.

The Giphy Gif search engine is not only integrated in Facebook’s apps but also other social media and even productivity apps from TikTok, Twitter and dating app Tinder to Slack. Together with Google-owned Tenor, the two gif engines dominate the sector and Giphy says its looping animated image gifs are viewed by over 700 million people every day.

The CMA launched its investigation into Facebook’s Giphy acquisition last June. Last month it published the conclusion the deal

“has resulted or would result in a substantial lessening of competition in social media and display advertising, harming social media users and businesses in the UK”.

A final decision is expected this autumn but could see the CMA demand Facebook “unwind the deal and sell Giphy in its entirety”. If Facebook refuses to bow to the CMA’s demand, lengthy court proceedings would be expected to ensue.

It is estimated that across its apps, including Instagram, Facebook’s share of the UK’s display advertising market stands at between 40% and 50%. Despite that relative dominance, Facebook disputes ownership of Giphy resulted in any meaningful change to competition in the supply of display advertising services designed to reach UK audiences.

Giphy, says Facebook, “currently has no existing commercial interest in conducting its activities in the UK”. It is, stresses the social media company “a US company with commercial activities strictly limited to the US”.

Its challenge to the CMA’s jurisdiction was laid out as:

“The inability of the CMA to issue any order against Giphy raises serious questions as to the enforceability of any divestment order and whether any such order could be effective.”

“These are questions which the CMA must carefully consider, and address, before taking the extreme intrusive step of ordering the sale of a company which does not carry on business in the UK.”

The strength of the broadside looked to have the CMA in retreat yesterday. A spokesman for the regulator stated:

“The CMA provisionally found that Facebook’s merger with Giphy will harm competition between social media platforms and remove a potential challenger in the display advertising market.”

“Our preliminary view was that full divestiture of Giphy would represent a comprehensive and effective remedy. However, we will consider any behavioural remedies put forward.”

Giphy generates no revenues in the UK nor has assets or staff in the country. The CMA argues this is irrelevant because the millions of Giphy gifs employed and consumed by social media users in the country each day make a significant contribution to the over £2 billion revenues generated in the UK each year.