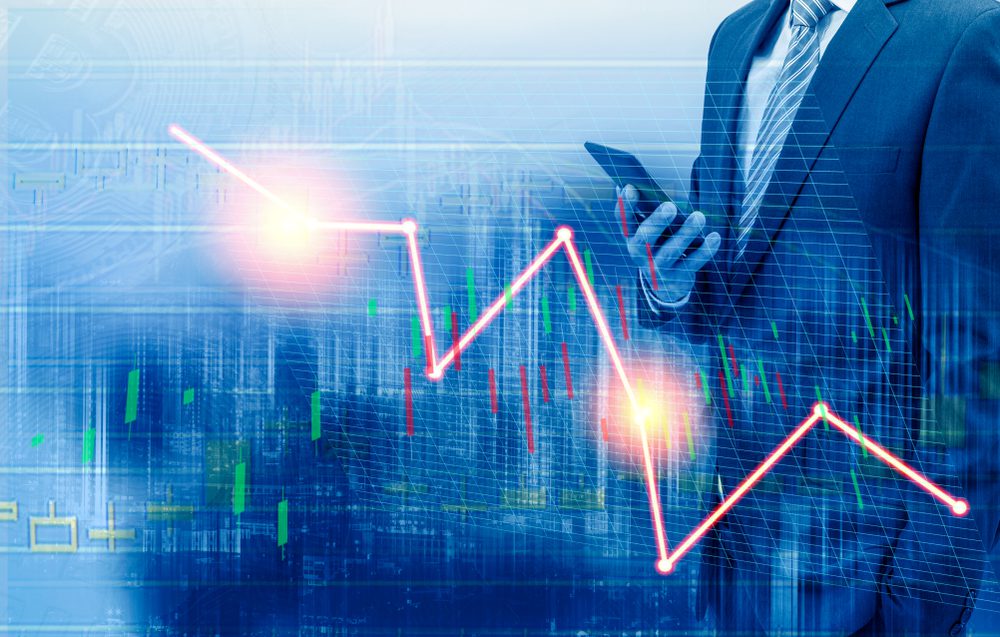 The Facebook share price has fallen by around 3.5% in after hours trading since the social media company published its results for the three months to the end of June. The drop comes despite the fact Facebook became the latest big tech company this week to beat analysts’ revenue expectations. 56% growth in revenues over the quarter took income to $29.1 billion compared to the $27.9 billion that had been estimated.

Like many companies selling digital products and services, Facebook’s revenues over the past year have been boosted by people spending more time and money online during the pandemic. But with lockdown restrictions being tapered around much of the world now as the Covid-19 vaccination program rolls out, Facebook warned investors it expects revenue growth over the third and fourth quarters to “decelerate significantly”. 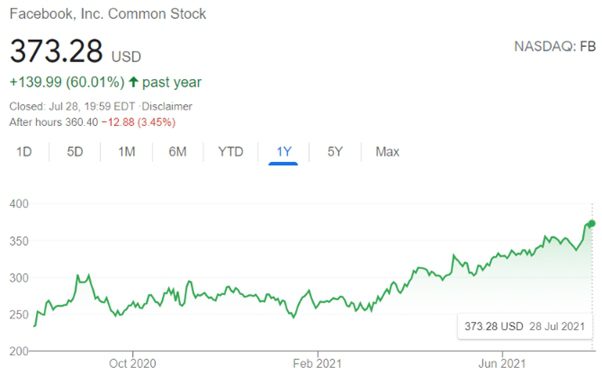 The warning saw the Facebook share price drop by as much as 4% in after hours trading with losses currently pared to a little under 3.5% several hours ahead of U.S. markets opening. Despite the loss Facebook shares are still worth around 36% more than they were at the beginning of the year.

Chief financial officer David Wehner also warned Apple’s recent changes to its privacy controls will have more of a negative impact on ad revenues over the next two quarter.  Apps and advertisers are now unable to collect users’ data without their expressed permission, which will make ad targeting less precise.

Revenue growth over the quarter to the end of June was boosted by a 47% increase in the average price advertisers paid per ad as well as a 6% rise in the overall number delivered over the Facebook social media platform, Instagram, and the messaging app WhatsApp.

Facebook, which has 2.9 billion monthly users across its apps, still makes the lion’s share of its revenues from selling digital advertising. However, the company is also investing heavily in diversifying its business and revenue streams and is developing new tools and products for video chatting, audio and podcast, virtual reality and e-commerce.

But Facebook’s current stable of mature apps is still eking out growth with active monthly users up 7% on the same period last year and monthly users 12%. Net income rose to $10.39 billion from $5.18 billion or $3.61-a-share from $1.80-a-share a year earlier. That was well ahead of expectations for profit-per-share of $3.03.

Never one to lack ambition, Facebook co-founder and CEO Mark Zuckerberg told investors that plans for the social media company’s future are focused on “building the next computing platform”, which he refers to as “the metaverse”.

As is the case for the other giant technology platforms, the greatest threat to Facebook’s future growth appears to be regulatory rather than posed by competitors. On Wednesday New York and several other states provided notice they will challenge the recent dismissal of an antitrust lawsuit brought against Facebook on the ground’s its control of its core social media platform, Instagram and WhatsApp, gives it too much power. The states want Facebook to be forced to sell Instagram and WhatsApp.

“We filed this notice of appeal because we disagree with the court’s decision and must hold Facebook accountable for stifling competition, reducing innovation and cutting privacy protections.”

A little over a week into 2022 we’ve already experienced some major market movements.... END_OF_DOCUMENT_TOKEN_TO_BE_REPLACED

One of the FTSE 100’s current disadvantages, when it has come to attracting international... END_OF_DOCUMENT_TOKEN_TO_BE_REPLACED

Did you know you could build wealth by investing in Lego? A study suggests... END_OF_DOCUMENT_TOKEN_TO_BE_REPLACED

With most major stock markets around the world spending time at or near record... END_OF_DOCUMENT_TOKEN_TO_BE_REPLACED

For years, Baillie Gifford’s technology funds have been driving outsized returns for the mainly... END_OF_DOCUMENT_TOKEN_TO_BE_REPLACED