Sir Nick Clegg, former deputy prime minister of the UK and leader of the Liberal Democrats party, yesterday spoke to give “the real story” behind Facebook’s controversial recent move to ban the sharing of third-party news stories via its social media in Australia. The block on sharing news sparked an international backlash which saw the social media giant accused of employing “bully boy” tactics as governments and commentators around the world took the side of the Australian government and country’s publishers.

Sir Nick, however, has a quite different take of things. He believes the tech giant was fundamentally in the right while conceding his employer could perhaps have responded more diplomatically. That was the implication of the admission Facebook may have “erred on the side of over-enforcement”.

Clegg, now Facebook’s vice-president of global affairs, outlined his and Facebook’s view of the stand-off with Australia’s government through a blog post. The social media did, though, back down from the confrontation after announcing this week that Australian users will again be given access to news shared via the platform. A new government code outlining rules on how tech platforms will compensate publishers when their content is shared on and consumed via Facebook has been agreed. 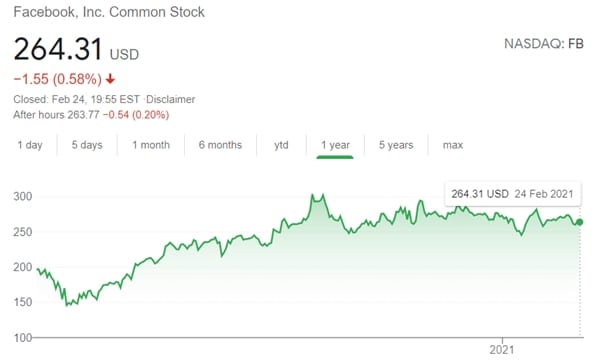 Together with an agreement Google earlier reached with Australia’s government and publishers, the two technology behemoths will now pay the country’s journalism sector around £112 million a year. Other governments around the world can be expected to now push for comparable terms for their own publishers.

However, Clegg’s blog post was still scathing of the Australian government’s proposed new law obliging tech platforms to pay publishers when their content is shared. He compared it to “like forcing car makers to fund radio stations because people might listen to them in the car — and letting the stations set the price”.

Facebook’s argument is that nobody obliges publishers to allow their content to be shared via the social media. They willingly enter into the relationship because it brings them exposure. But he did concede “there are legitimate concerns to be addressed about the size and power of tech companies, just as there are serious issues about the disruption the internet has caused to the news industry”.

He also pointed to recent deals penned between Facebook and several media groups in the UK, offering them up as proof the tech giant recognised that “quality journalism is at the heart of how open societies function — informing and empowering citizens and holding the powerful to account”.

Facebook’s priority is to avoid government-backed arbitration systems settling disputes and payment terms between tech platforms and publishers. That, said Clegg, would result in platforms being obliged “to pay potentially unlimited amounts of money to multinational media conglomerates”.

It’s a change of stance for Sir Nick, who as a politician called for state regulation of the press in 2013 in the wake of the Leveson inquiry into phone hacking. Ultimately, both Google and Facebook have reached the conclusion that their best bet is to compromise, rather than fight their corner too hard. That risks further raising the shackles of governments worried about the growing power of the biggest technology companies. Both will pay around $1 billion each into the news industry over the next three years.