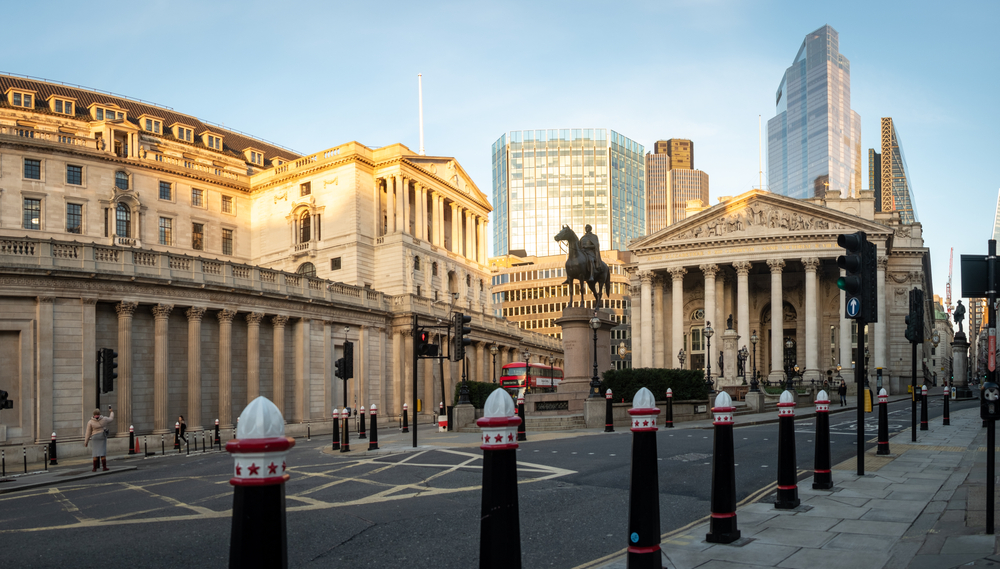 When the Bank of England’s Monetary Policy Committee meets today for the last time this year the expectation is that it will baulk at previously anticipated interest rate rises and hold the baseline at its record low of 0.1%. Despite the fact the latest inflation figures indicate prices, driven most by the rising cost of clothing, footwear and fuel, are rising at their fastest rate in a decade, the Committee is expected to hold rates as they are due to concerns over the impact of the new Omicron Covid variant.

Markets have priced the chances of the Bank of England holding rates as they are into next year at 66%. That is a strong bet and any raise would now be a shock despite the Office for National Statistics’s UK consumer price index showing 5.1% for the year to November compared to 4.2% a month earlier. Inflation is now at its highest level since September 2011.

Before the depressing emergence of the new Omicron variant, markets had priced the chance of a Bank of England rates rise at 75% making it the overwhelming favourite to become the first major central bank to do so since the pandemic. It will now likely be the USA’s Federal Reserve who moves first. And both analysts and policymakers now think a total of three hikes are likely to be needed to control inflation levels in the USA.

The Fed’s stance on rates and bond buying has relatively quickly turned hawkish compared to just a few months ago when it was keen to continue to support the economy through the pandemic by injecting liquidity into markets. However, the mood has changed to one of having to prioritise keeping inflation under control and the Fed will now both taper its stimulus package more quickly than expected and raise interest rates.

Yesterday, Federal Reserve chairman Jerome Powell said that inflation had been “exacerbated” by the continued waves of Covid-19 and is now expected to remain at high levels deep into next year. In response, Powell said the Fed would “use our tools both to support the economy and a strong labour market and to prevent higher inflation from becoming entrenched.”

The dollar can expect to strengthen against the pound today unless the Bank of England surprises with a decision to twist and raise rates despite the arrival of Omicron. While most of a decision to hold rates is already priced in confirmation today may still harm finance stocks and others that benefit from higher interest rates.

A little over a week into 2022 we’ve already experienced some major market movements.... END_OF_DOCUMENT_TOKEN_TO_BE_REPLACED

One of the FTSE 100’s current disadvantages, when it has come to attracting international... END_OF_DOCUMENT_TOKEN_TO_BE_REPLACED

Did you know you could build wealth by investing in Lego? A study suggests... END_OF_DOCUMENT_TOKEN_TO_BE_REPLACED

With most major stock markets around the world spending time at or near record... END_OF_DOCUMENT_TOKEN_TO_BE_REPLACED

For years, Baillie Gifford’s technology funds have been driving outsized returns for the mainly... END_OF_DOCUMENT_TOKEN_TO_BE_REPLACED