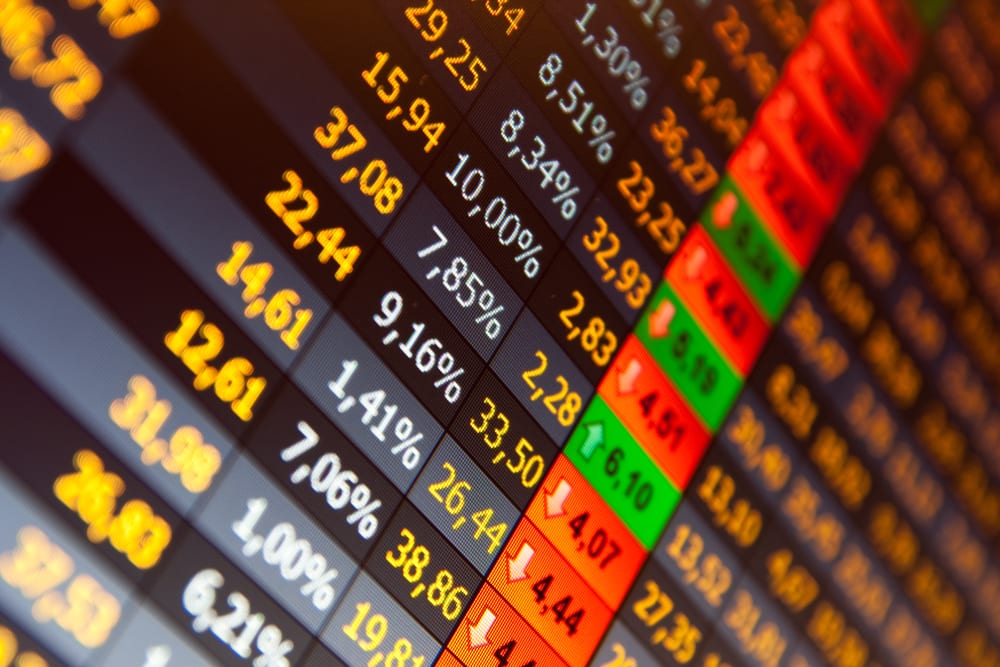 2020 has been a year to forget for many businesses but the same can’t be said of British online gambling outfit Flutter, whose share price has gained almost 60% over the course of the year. The Paddy Power and Betfair owner’s push into the newly opened U.S. sports betting and online casino markets has been the driving force behind investor optimism, despite the expense of growing market share across the Atlantic.

Flutter is now doubling down on its U.S. stakes with a $4.2 billion buyout of its Fanduel joint venture. The move is to be part financed through a share placing that will issue of $1.1 billion of new equity. Flutter currently owns 57.8% of the joint venture and will acquire the 37.2% held by Fastball Holdings, a consortium of investors, taking its overall ownership stake in Fanduel up to 95%.

The deal will consist of $2.09 billion in cash and 11.7 million new shares to be transferred to Fastball. The Flutter share price gained 7% yesterday on the announcement. 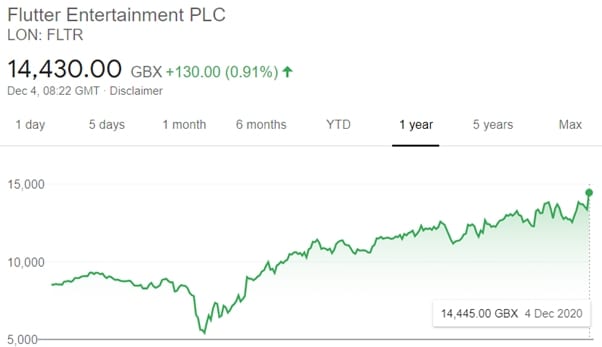 Fanduel started at a fantasy sports game but introduced sports betting when legalised on a state-by-state basis by the US Supreme Court in 2018. That’s when Flutter acquired its current controlling stake in the business for $158 million in cash an assets injection worth $612 million.

The remaining 5% of Fanduel’s equity will be retained by Boyd Gaming, Flutter’s U.S. casino partner. Online casino operations in the U.S., which are also permitted or not on a state-by-state-basis, require foreign companies to work with a local partner with a casino license. For their part, traditional U.S. bricks-and-mortar casino groups have benefitted from the experienced know-how brought to the table by online specialists.

When Ireland-based Flutter bought its original stake in Fanduel, it did so with the right to acquire Fastball’s 37.2% in two stages, in July 2021 and July 2023, with the price to be informed by ‘prevailing market conditions’. That buyout option has been brought forward by the deal announced yesterday.

Flutter has also negotiated the buyout’s price point at a level well below market value. The deal values Fanduel at around $11 billion, against the precedent recent set by comparable rival Draft Kings, which recently went public and is valued at $21 billion.

Flutter said the seemingly low price the deal has been struck for reflects the risk for Fastball of holding onto “material levels of an illiquid minority share in the business for an indefinite period”.

The Fastball consortium is made up of investors KKR, Shamrock Ventures, Comcast Google spin-out fund GV. Flutter itself only dates back to 2016 in its present form, when created by a merger between Paddy Power and Betfair. It’s currently worth just shy of £23 billion after a strong 2020, with gambling revenues benefiting from the Covid-19 lockdown period, despite many spectator sports shutting down for a period over spring.

Flutter has been capitalising on its share price momentum to go on the acquisitions trail and in May acquired Toronto-listed Stars Group. The holding owns PokerStars, Party Poker and Sky Bet, among its stable of online gaming brands. While the bulk of Flutter’s revenues are generated online, the company also owns 620 bricks-and-mortar betting shops across the UK and Ireland. Those have spent most of the year closed as a result of the Covid-19 pandemic.

Flutter chief executive Peter Jackson believes the 2018 acquisition of its stake in Fanduel proved “transformational for the group”, by giving it a market leading position in the U.S. sports betting sector. Bringing forward its buyout option will, said Jackson, help accelerate its development in the quickly growing and potentially huge market.

Flutter forecasts that legalised sports betting will be permitted in states accounting for a third of the total U.S. population by the end of next year and that the market will be worth gross revenues of $9 billion.