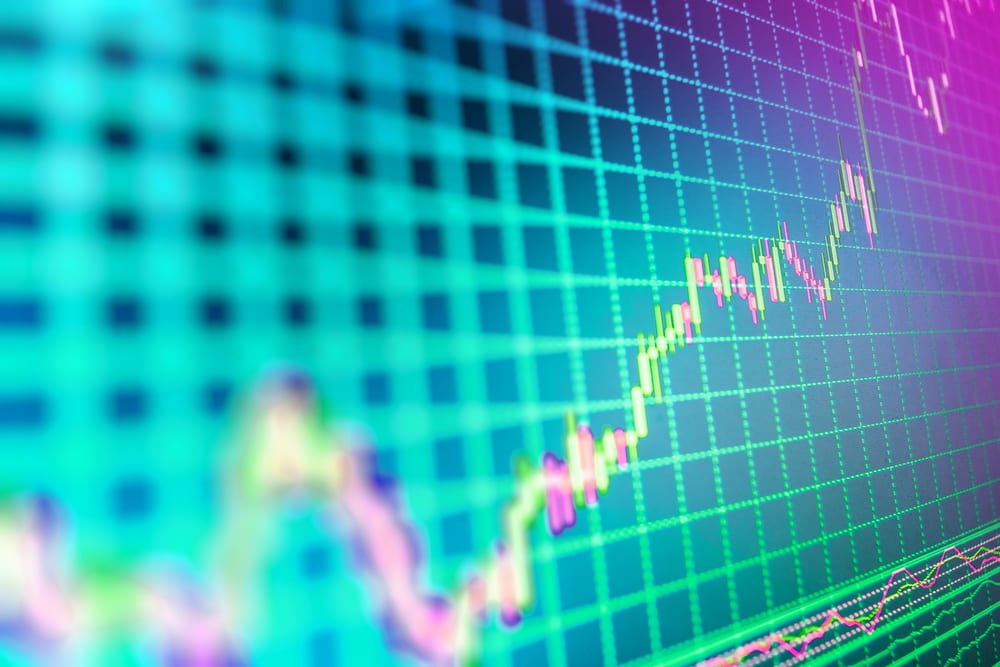 The Flutter share price has resumed its strong 2020 growth trajectory after the owner of Paddy Power and Betfair increased its full-year earnings outlook today. The online gaming and sports betting group, which also owns Poker Stars and Sky Bet, is set to generate over $1 billion in revenues from the USA. It will be the first online gaming company to do so. 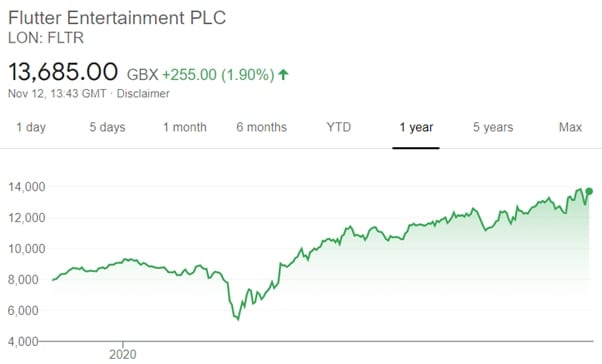 The Flutter Entertainment share price gained 5% yesterday on the announcement, and has added another near 2% in trading today. That takes its total share price growth for the calendar year to over 50%. The company raised its revenue forecast after sports betting revenues exceeded expectations after competitive sports returned after being halted for months over international lockdowns. Online casino revenues over the quarter were also ahead of expectations.

Flutter informed investors that gaining new market share in some of its key regions, especially in the UK and Ireland, was behind the increase in revenues. The UK and Ireland market contributes around 40% of Flutter’s total revenues. Paddy Power, the group’s biggest brand by revenue, saw its income grow by 32% over the third quarter. Sky Bet’s revenue grew 26% year-on-year over the same period.

Flutter has, however, increased its investment in customer acquisition in the USA. Its Fanduel brand is the biggest on the U.S. sports better market. It’s only 2 years since a Supreme Court judgement brought an end to a blanket ban on sports betting in the country. However, despite soaring gaming revenues in America, expected to hit $1.1 billion gross, underlying losses are expected to come in at between £160 million and £180 million.

Around £20 million had been forecast in the previous guidance but rising new customer acquisition costs, and a push to capitalise on positive momentum, has seen investment in the quickly growing American market increased. Chief executive Peter Jackson commented on why the it had been decided to pour more money into marketing with:

“We continue to see a massive opportunity. We’re investing in customer acquisition and it’s working: we acquired nearly half a million customers in quarter three in the US.”

Since being formed from the 2016 merger between Paddy Power and Betfair, Flutter has become one of the world’s dominant online gaming groups. It recently acquired Toronto-listed Stars Group, which owns Poker Stars and Party Poker, as well as the Sky-branded online casinos and sports betting sites.

The UK and Ireland market is still Flutter’s bread and butter and despite its brands being well established here, they continue to grow. Mr Jackson commented:

“Half of all soccer punters were betting with a Flutter brand at the beginning of the season because we invested hard with lots of offers.”