The United Kingdom is facing the sharpest economic decline in decades, as the latest projections point towards a 9.7% contraction in 2020. Foreign investment in UK 2020 is facing a risk as the number of jobs and foreign capital deployed in the country is falling sharply since the EU referendum.

Following the Brexit vote, the country was already on a downward slope, but once the coronavirus pandemic hit the country, the prospects had deteriorated further, due to the combination of political uncertainty and the healthcare crisis, which is taking a toll on foreign investment in UK 2020.

Foreign direct investments are what all countries aim to attract because they can increase national productivity and thus output and wages. With multinationals bringing better technology and managerial know-how, domestic firms are stimulated to improve. In the case of the United Kingdom, the country has a FDI stock of 1 trillion pounds, and about half comes from other members of the European Union, according to the Centre for Economic Performance. 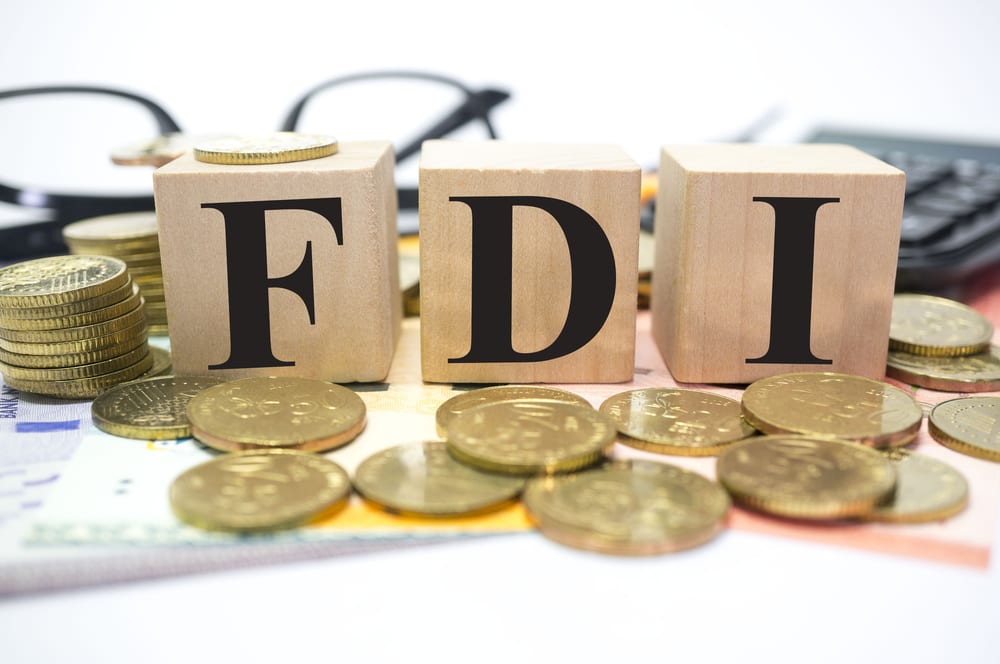 Based on these numbers, stakes are high for the pending Brexit negotiations, as both sides struggle to reach an agreement before the transition period will end in 2020. So far, little progress had been signalled, mainly because negotiators were unable to meet because of the pandemic.

Both the EU and the UK need to make compromises to get past this hurdle. A broad debate had emerged on the short time frame available to reach a deal, but for now, the UK’s Prime Minister Boris Johnson is unwilling to grant an extension. Each side wants to pressure the other into making concessions, generating more political uncertainty, and not favouring further investments into the UK.

Investors planning to leave after Brexit

An October 2019 CFA poll shows that more than a third of the people working in the UK investment market consider leaving after Brexit, fearful the UK could leave the EU without a deal reached. Before the 2016 referendum, 86% of the asset management staff intended to continue working in the country port-Brexit. The numbers had gone down to 65%, showing this political charade doesn’t bode well with the investment community.

Back in mid-June, CNBC reported that both the EU and the UK have decided to intensify Brexit talks over the coming weeks, as concerns over a no-deal outcome were mounting. At the same time, the UK Government reaffirmed that it will not extend the transition and negotiation period beyond December, which means there are only a few more months left until both sides need to agree on numerous aspects like cross-border commerce, migration, regulation, and others.

The tech sector as an exception

The tech sector attracted foreign direct investment (FDI) in 432 projects, more than France and Germany combined, and representing a 36 per cent increase over the year. The total amounted to a 30 per cent share of all European FDI projects in the sector.

Steve Varley, EY’s UK chairman, said: The UK performed strongly on FDI in 2019 and, importantly, is well-placed to face the challenges presented by Covid-19 and an uncertain economic environment.

While the UK missed out on the top spot for total FDI projects in Europe, there are some encouraging signs about the positive changes taking place in the wider UK economy, Varley said.

The UK secured an increasing share of European research and development projects, achieved a spectacular performance in attracting FDI in the digital economy, and was ranked in first place for new projects, he said.

While the loss of leadership on the total number of projects may attract attention, it’s important to note that, for some time, the UK’s strategy has been to focus on the value of the FDI it attracts rather than the volume. The new projects secured reflect an extension of the investor and project base, rather than solely building on past successes, Varley said.

Overall, the UK achieved a five per cent, year-on-year increase in inbound FDI projects, ending three years of a declining share in the European market since the 2016 referendum on leaving the European Union.

However, the nation missed out on first place in the European FDI rankings for the first time since the tracker was launched in 1997. The UK’s total of investment in 1,109 projects was just beaten by France’s 1,197. Germany came in third with 971 projects.

Meanwhile, foreign investment in British R&D projects grew by 38 per cent to 102 – a figure that represented almost a fifth of the European market. Even this performance, however, was overshadowed by digital tech, which has now accounted for the largest number of FDI projects in the UK in every year since 2013.

Our report also shows a surge in UK headquartered projects by 240 per cent on the previous year – a positive development as these investments tend to provide relatively high-value employment and the potential for further related investments in the future, he said.

While it is often a difficult decision about whether to classify a first small office in a new country as an HQ or some other activity, a comparison with the European data suggest the UK performed strongly. Last year, the UK doubled its market share of all HQ projects locating in Europe to 33.6 per cent, up from 16.8 per cent in 2018, Gregory said.

The report also showed a shifting geographic balance in FDI with US investment exceeding EU levels as investors looked beyond Brexit. An analysis of changes in the UK’s FDI project origins over the three years since the 2016 EU Referendum showed that the UK had been able to re-balance its investments to compensate for a decline in EU-originated projects.

Investors also appeared less likely now to regard Brexit as a risk factor, with just 24 per cent of survey respondents citing it as a disincentive this year, compared to 38 per cent last year.