Glencore and Anglo American, the FTSE 100 mining giants, have both seen their share prices take a hit today after Norway’s $1 trillion sovereign fund sold off its stakes in both. The decision was taken by Norges Bank Investment Management (NBIM), which manages the fund, as a result of a strategic decision to no longer hold any investments in producers of polluting thermal coal.

Glencore’s share price was down over 5.5% as the day’s trading session drew to a close, with Anglo American’s share price 3.5%. The fund has also sold off its stakes in Germany’s RWE, Australia’s AGL Energy and South Africa’s Sasol, which have also seen share price falls today, other than AGL due to the announcement being made after the close of the Asian trading session. 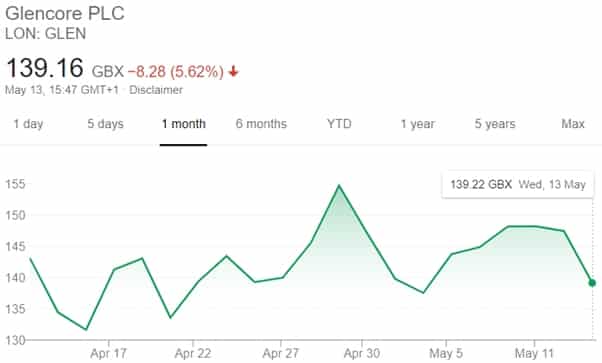 NBIM held significant stakes in both Glencore, 1.2%, and Anglo American, 2.4%. The sale of the shares in both companies is based on new ethical investment guidelines introduced by the Norwegian government. Coal miners and owners of thermal coal power stations were blacklisted as one of the largest contributors to emissions which contribute to global warming.

Anglo American did announce last week that it intends to sell the South African company that produces most of that coal within the next couple of years. However, presumably that announcement came to late and NBIM had already committed to selling of its stake.

Somewhat ironically, Norway’s sovereign fund is largely funded by fossil fuels in the shape of the country’s North Sea oil revenues. It was set up in 1996 to invest proceeds from oil with a view to creating a sustainable source of long term revenue for the country that would outlast the oil reserves themselves. It has grown into one of the largest funds in the world and owns 1.5% of all the publicly listed shares in the world, spread across approximately 9000 companies as well as property.

Around 20% of the Norwegian government’s annual budget comes from the revenues generated by the fund. And the government now wants to move in a more sustainable direction in terms of where those revenues are generated. Which doesn’t include coal mining and coal-burning power plants.

In making the announcement, Norges Bank released the following statement:

“For several of the companies of which exclusion is now being made public, the market situation, including the liquidity of individual shares, has meant that it has taken a long time to sell the shares in a reasonable manner. That explains why a long period of time has passed between some of the decisions and the publication.”

NBIM also said it is currently reviewing its ownership interests in other miners, including BHP, the world’s biggest, and Enel, Uniper and Vistra. Anglo America commented on the announcement:

“We are working towards an exit from our remaining thermal coal operations in South Africa, ensuring that we do so responsibly, and we continue to examine suitable opportunities for our minority stake in Cerrejón.”