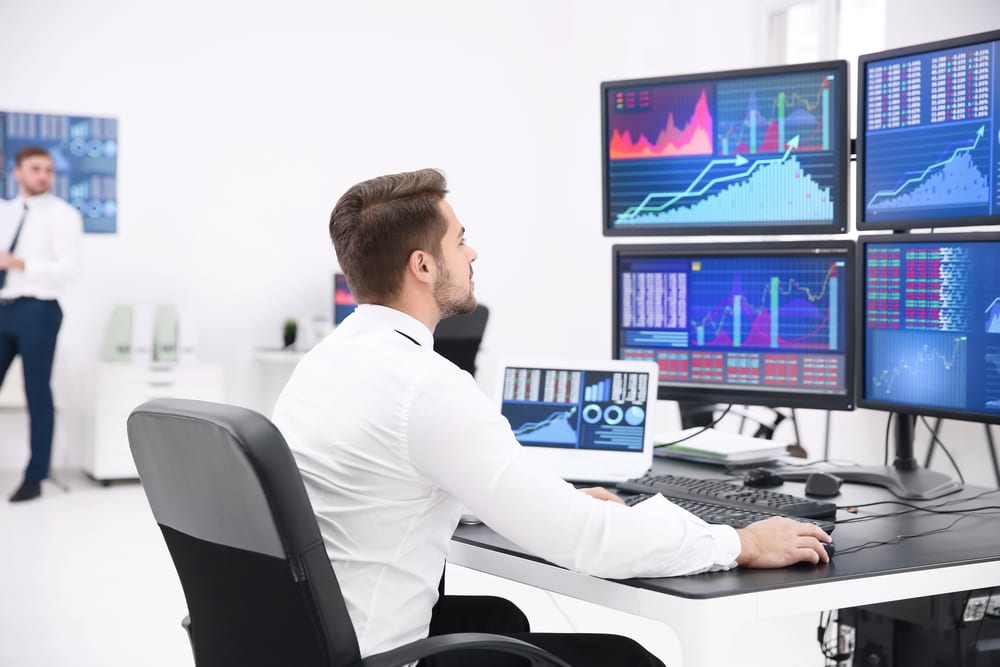 The FTSE 100 dropped 2.5% yesterday to record its worst day in 3 months as major international equities indices suffered a slump around the world. The sell-off was sparked by investor concerns of rising inflation after data out of China showed the country’s producer price index for April, which tracks how much manufacturers are selling their goods for, rose by 6.8%. That was the fastest rate of inflation for goods manufactured in China for three and a half years and ahead of analyst forecasts for 6.5%.

The price of goods around the world has been kept low for years thanks to cheap labour and production costs in China, the biggest exporter. Any inflationary pressure on Chinese manufacturing will, therefore, see a ripple effect across inflation figures of national economies globally. 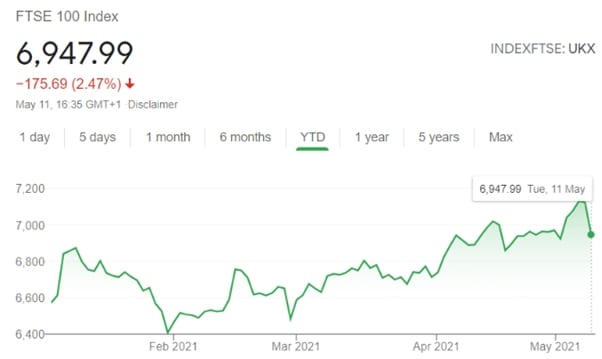 Markets will today pay close attention to key U.S. inflation data that is forecast to showing a 3.6% rise in headline consumer prices in April. If the data shows inflation has run ahead of that, fears will start to grow the Federal Reserve and other central banks like the Bank of England and European Central Bank will be forced into tightening monetary policy.

Extensive stimulus throughout the pandemic is seen as having been a major factor behind the stock market bull run over the past year. Policymakers continue to communicate a belief any significant inflation this year will prove temporary. Jerome Powell, chairman of the Federal Reserve, has stressed that he is not yet even “thinking about thinking” of raising interest rates.

However, investors will remain concerned that position could change and stimulus measures rolled back if higher inflation rates persist for an extended period. The Fed is currently spending $120 billion monthly on a bond purchasing scheme.

One London trader is quoted by The Times newspaper as commenting:

“It’s a pretty worrying time for the market. There will be a long period of not knowing whether inflation will persist or whether it will be a flash in the pan.”

“The longer they wait to move, the bigger the bubble will be. If they raise rates, say three years from now, as opposed to three months from now, there will obviously be pain in three months, but if they kept the bubble going it would be a much more dire consequence.”

Dollar rises but near 2021 low on bets over Fed policy

FTSE 100 is predicted to open lower ahead...

That the international travel sector is, thanks to the Covid-19 pandemic, in a bit... END_OF_DOCUMENT_TOKEN_TO_BE_REPLACED

With a growing number of economists arguing there is a high chance we are... END_OF_DOCUMENT_TOKEN_TO_BE_REPLACED

While most still caveat the argument with the get-out clause it is far from... END_OF_DOCUMENT_TOKEN_TO_BE_REPLACED

Natural gas prices have rocketed with Russia accused of managing supply to drive up... END_OF_DOCUMENT_TOKEN_TO_BE_REPLACED

After their valuations boomed in 2020, the UK’s online fast-fashion giants of Asos and... END_OF_DOCUMENT_TOKEN_TO_BE_REPLACED