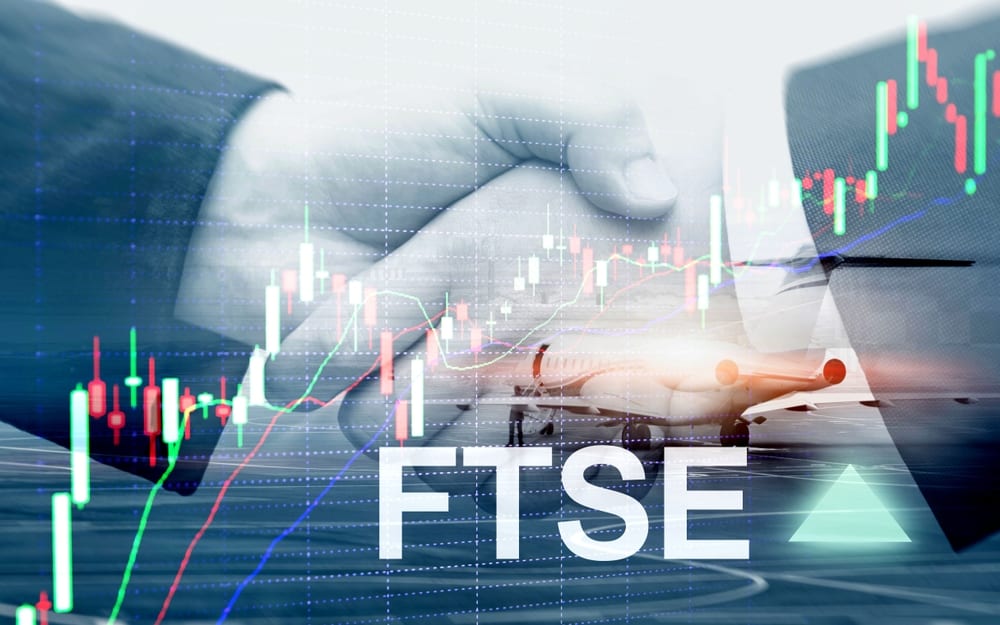 Investors flocking back to battered stock markets in the hope of picking up bargains and benefiting from the eventual post Covid-19 lockdown economic recovery have propelled the FTSE 250 index to what looks set to be its best week of returns in almost 4 decades. The mid-cap index, which is made up of the 250 most valuable London-listed companies after those of the FTSE 100, was first established 36 years ago.

Yesterday’s closing position took the index’s gains for the week to 15.8%. Thursday’s headlines were about the index powering towards its best weekly gain since the record of 11% set in November 2008. But after another strong day and with the index up by almost another 3.5% at midday on Friday, only a significant turnaround would mean a new all-time record is not set at close of play today. 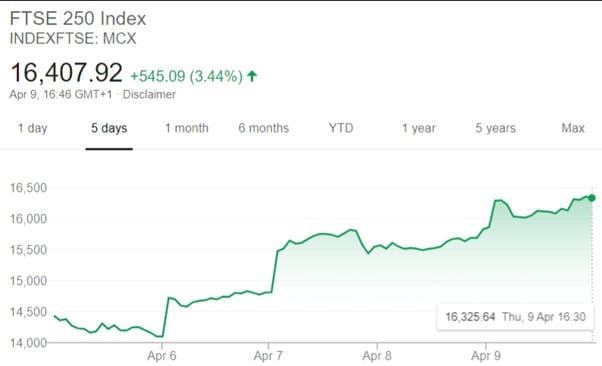 The four-day winning run completed yesterday was the FTSE 250’s longest positive streak of 2020 and looks likely to be added to today. However, as of this morning the index was still down 25% on its February highs. The FTSE 100 was down 21.6% from its most recent high.

However, this week’s recovery means a significant improvement on the 41.3% loss from the index’s February high that it had fallen to as investors panicked and sold off equities. The low point was reached on March 19th, since which time the FTSE 250 has rallied by over 25%. That’s added around £70 billion to the combined market capitalisation of its constituents.

One unnamed London trader commented for The Times newspaper:

Companies that have seen the biggest gains this week have typically been those whose share prices had previously suffered from the hardest falls. Cineworld has seen its share price double, bookmaker William Hill is up 54.7% and housebuilder Crest Nicholson by 51.5%. The most beaten up sectors have outperformed during this rally.

The readiness of investors to take on risk again has also been apparent in the FTSE 100’s gains this week. The large cap benchmark was yesterday evening up 7.8% on where it began the week – its second largest gain on record after an 8.2% advance in January 2009. Up almost 3% past the midway point on Friday, that record seems likely to fall.

Sportswear retailer JD Sports has been the FTSE 100’s biggest gainer, up 38.5%, followed by commercial and retail property investment company British Land, which has risen 31% and British Airways owner IAG with a 24.6% gain.

That the international travel sector is, thanks to the Covid-19 pandemic, in a bit... END_OF_DOCUMENT_TOKEN_TO_BE_REPLACED

With a growing number of economists arguing there is a high chance we are... END_OF_DOCUMENT_TOKEN_TO_BE_REPLACED

While most still caveat the argument with the get-out clause it is far from... END_OF_DOCUMENT_TOKEN_TO_BE_REPLACED

Natural gas prices have rocketed with Russia accused of managing supply to drive up... END_OF_DOCUMENT_TOKEN_TO_BE_REPLACED

After their valuations boomed in 2020, the UK’s online fast-fashion giants of Asos and... END_OF_DOCUMENT_TOKEN_TO_BE_REPLACED