The Unilever share price has dipped by 0.65% today after Terry Smith, the renowned stockpicker who runs the popular Fundsmith Equity Fund, said the company has “lost the plot” in its focus on its sustainability criteria. While institutional investors see ESG (environmental, social and governance) criteria as increasingly important when it comes to choosing investments, Smith is convinced the London-listed consumer goods giant is damaging its valuation by prioritising sustainability.

Smith’s Fundsmith Equity Fund has held a 0.8% stake in Unilever since 2011 and is the company’s ninth-largest single shareholder. The fund has not sold any of its stake since acquiring it but has recently come under pressure from investors to explain why it continues to hold the shares, which are down around 9% over the past 12 months. 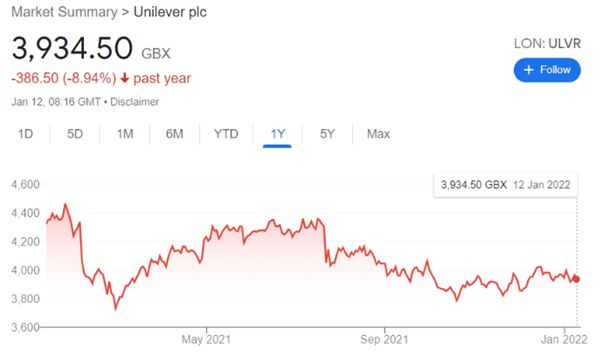 Smith defended the decision with the justification “we think that its strong brands and distribution will triumph in the end”. However, he was also not shy in putting pressure on Unilever’s board and upper management, which he accused of having “lost the plot” with what he sees as an obsession with burnishing sustainability credentials. More importantly, he thinks the focus on doing so has been to the detriment of the company’s business performance:

“Unilever seems to be labouring under the weight of a management which is obsessed with publicly displaying sustainability credentials at the expense of focusing on the fundamentals of the business.”

In layman’s terms, Smith’s message appears to be a rebuke of what he clearly interprets as “virtue signalling” – an exaggerated public expression of a politically correct opinion. Smith referred to Unilever’s decision to stop selling its Ben & Jerry’s ice cream brand in Israeli settlements in the occupied Palestinian territories as one example.

He even more scathingly highlighted Unilever’s perceived approach to another of its brands, Hellmann’s mayonnaise:

“However, we think there are far more ludicrous examples which illustrate the problem,” he said. “A company which feels it has to define the purpose of Hellmann’s mayonnaise has in our view clearly lost the plot. The Hellmann’s brand has existed since 1913 so we would guess that by now consumers have figured out its purpose (spoiler alert — salads and sandwiches).”

One of the largest companies on the LSE, Unilever has a market cap of £101 billion and owns major international consumer product brands including Dove soaps, Domestos cleaning products and Magnum ice creams. After almost 20 years of solid growth, the company has recently fallen out of favour with investors and has seen its share price decline by almost a quarter since its September 2019 high.

Fundsmith manages over £33 billion of investor capital and the flagship Fundsmith Equity Fund is worth around £28.9 billion. It has a very strong long term record but last year its return of 22.1% slightly underperformed its benchmark MSCI World Index, which was up 22.9%.

Unilever did not respond to Smith’s criticism yesterday but has for years had a stated company policy of avoiding focus that is purely on its bottom line at the cost of making products that are worse for human health or environmentally damaging. Last year the company’s chief executive, Alan Jope, stated Unilever needed to be “powered by purpose”.