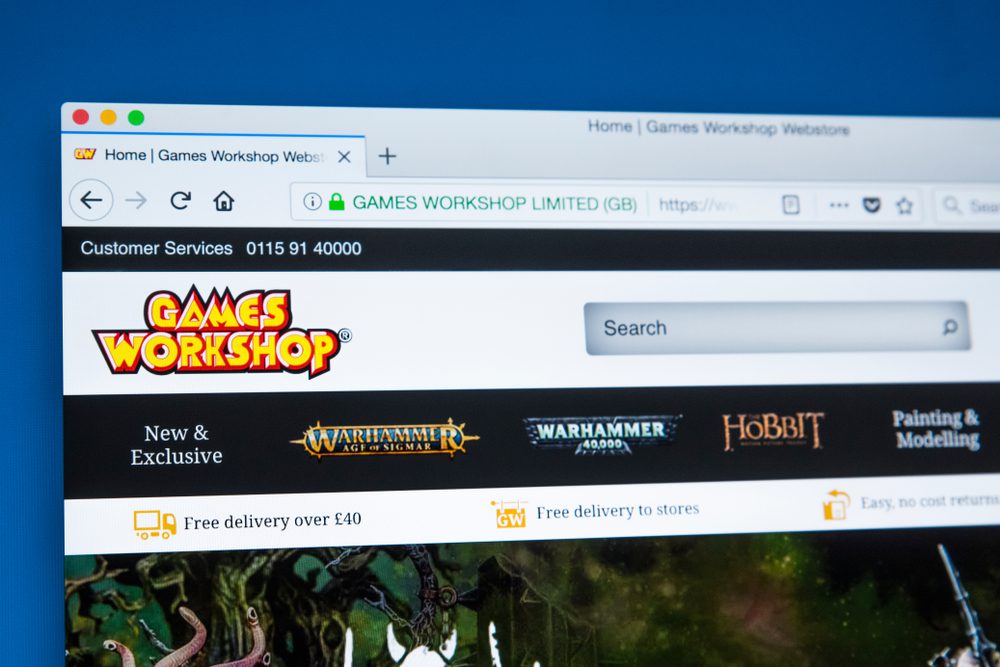 Fantasy role play games company Games Workshop has unquestionably been one of the London Stock Exchange’s outstanding recent success stories with its share price gaining almost 1650% in just half a decade. The company has benefitted from a resurgence in the popularity of the fantasy genre and board games thanks to ‘geek culture’ getting a boost from hugely popular TV shows including The Big Bang Theory and Netflix’s 1980s-inspired Stranger Things.

But the Games Workshop share price has now fallen by over 10% in a week as a result of a running dispute with some fans that is flaring up again in calls for a boycott of the company’s products and negative online reviews. The angst has been caused by the company taking a tougher line on unauthorised use of the company’s intellectual property, especially unofficial websites run by fans. 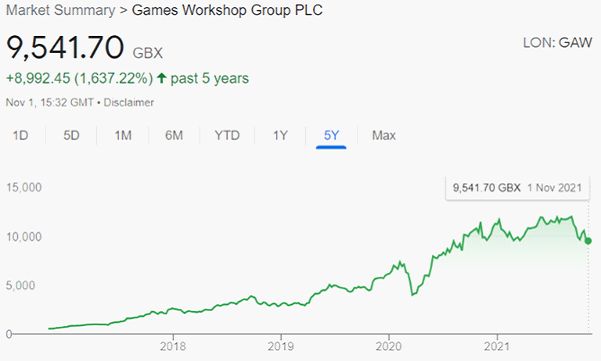 Founded in 1975 by three friends who had started their business by making wooden chess and backgammon boards, Games Workshop really took off a couple of years later when the company secured the European distribution rights to the Dungeons & Dragons fantasy role play game. It opened its first shop in 1978 in London’s Hammersmith region and now has over 500 stores in 24 countries and now mainly sells its own brands rather than retailing those of other companies.

The Warhammer brand developed by the company has driven its growth and it is fans of the series of board games and small painted figurines they are played with that are now angry at the more aggressive approach Games Workshop has recently taken to enforcing its intellectual property rights. The heavier hand has been used “particularly around the creation of fan sites and animation”.

The new approach has seen a number of popular creators of Warhammer content take it down to the disenchantment of fans. There are also grumblings over staff pay at the company and the cost of its Warhammer+ subscription service. Analysts at investment bank Jefferies note the discontent is mainly confined to the “concerns of a vocal minority” but advise shareholders to “keep a close eye” on the situation.

The company’s valuation has now dropped by around 20% since a trading update in September alerted investors to supply chain strains impacting inventory and increasing expenses due to higher freight costs. The dividend has been halved as a result. With manufacturing all based in Nottingham and figurines and board games exported around the rest of the world currency fluctuations are also an issue for the company. £4 million was knocked off 2020 revenues as a result of adverse currency movements.

Jefferies cut its forecast for Games Workshop’s 2022 pre-tax profits by 4% to £157 million.

Microsoft leapfrogs Apple as most valuable company in the world