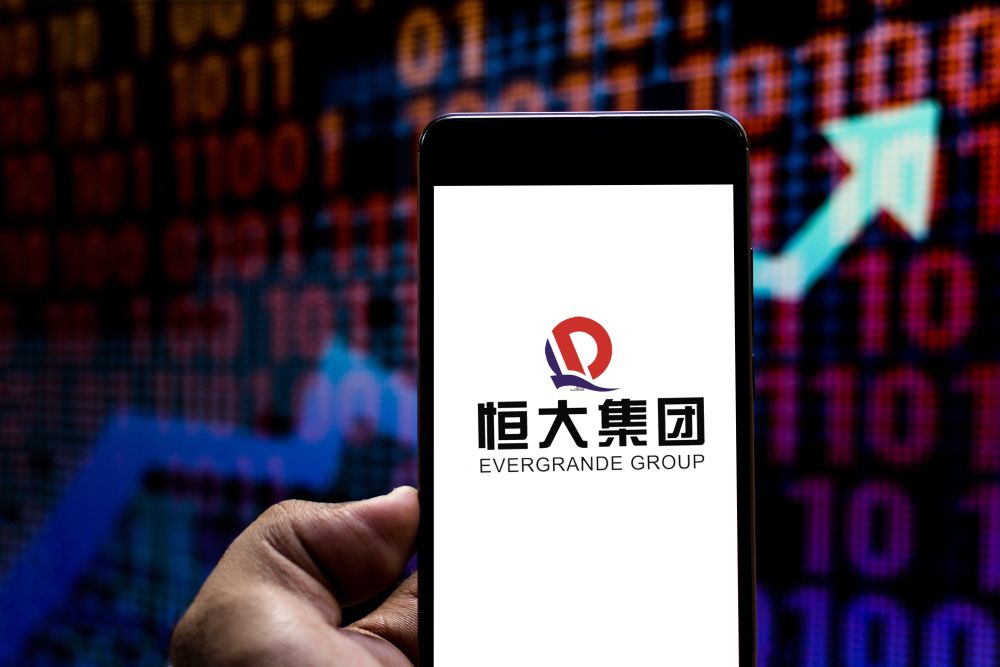 Major stock markets around the world dropped yesterday on news Evergrande, one of China and the world’s biggest property developers, is close to collapse. The company, founded in 1996, became a symbol of middle-class aspiration in China as it built homes, most in new apartment buildings in cities the length and breadth of the huge country, for more than 12 million people.

Currently worth around $4 billion the property developer had a market capitalisation of almost $30 billion earlier this year. In the UK it is the Guangzhou football team Evergrande co-owns (e-commerce giants Alibaba are the minority partner with around 38%), once considered China’s richest, that is probably the more familiar name. 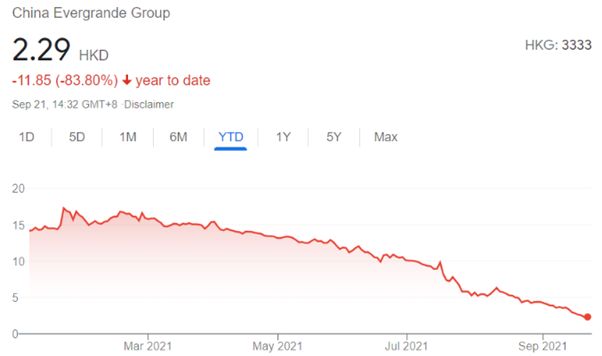 But despite a relatively low profile outside of China, Evergrande is not only a huge company but one whose failure, which looks increasingly inevitable, will send deep tremors through the Chinese economy and hit consumer confidence.

If Evergrande is not able to find $84 million by this Thursday, when interest on a major bond is due to be paid, the situation will accelerate. Leveraging through debt issues like the bond whose interest payment is due this week is what allowed Evergrande to grow at such breakneck speed over the 25 years it has existed – a period that coincided with China liberalising its residential real estate market.

As well as loading itself with debt, Evergrande diversified into a wide range of businesses including soft drinks, solar panels, electric cars and even pig farming, plus its football club. The eye, it would seem, was well and truly taken off the ball.

Evergrande currently has liabilities estimated to be at least $305 billion. Pre-sale liabilities, says Capital Economics, are

“equivalent to roughly 1.4 million individual properties that it has committed to complete.”

That means if Evergrande fails, almost 1.5 million Chinese households will be left with uncompleted homes at various stages of construction from nothing to plastering and other finishing works having already paid for them in part or full. Buyers are understandably anxious over what will happen to their money, and homes, but so are Evergrande’s suppliers and contractors.

It looks as though Chinese authorities, recently keen to reel the private sector back in and remind the country’s wealthiest entrepreneurs who is boss while presenting a policy of reducing the wealth divide, will let Evergrande fail. They will be happy to take some steam out of a property market that has seen prices rise to average salary multiples of up to x35-x40 in expensive cities (London’s are less than x15).

It was government policy introduced last year that forced Evergrande into the deleveraging process that revealed the extent of the company’s problems. However, China also can’t afford to allow the rest of the industry to fail in a disorderly way. Other big property companies are also highly leveraged and rely on off-plan sales, which account for up to 90% of China’s new homes market.

China faces a delicate policy balancing act if it is to allow an Evergrande demise to act as a warning to the wider industry and economy without allowing the corporate collapse to spark the kind of systemic failure concerns over rattled global markets yesterday.

The FTSE 100 finished the day down 0.9% yesterday after losses had reached 2% before a late recovery. In the USA major indices were worse affected with the Nasdaq dropping 2.2% for its worst day since May and taking September losses to 3.6%.

Asian markets had stabilised this morning and the FTSE 100 has opened to an early 1% gain in London suggesting nerves have calmed since yesterday’s sell-off.

Investing in the LEGAL CANNABIS MARKET in 2021: The Covid-19 Lull is Over