Gold reaches $1,600 territory for the first time since June 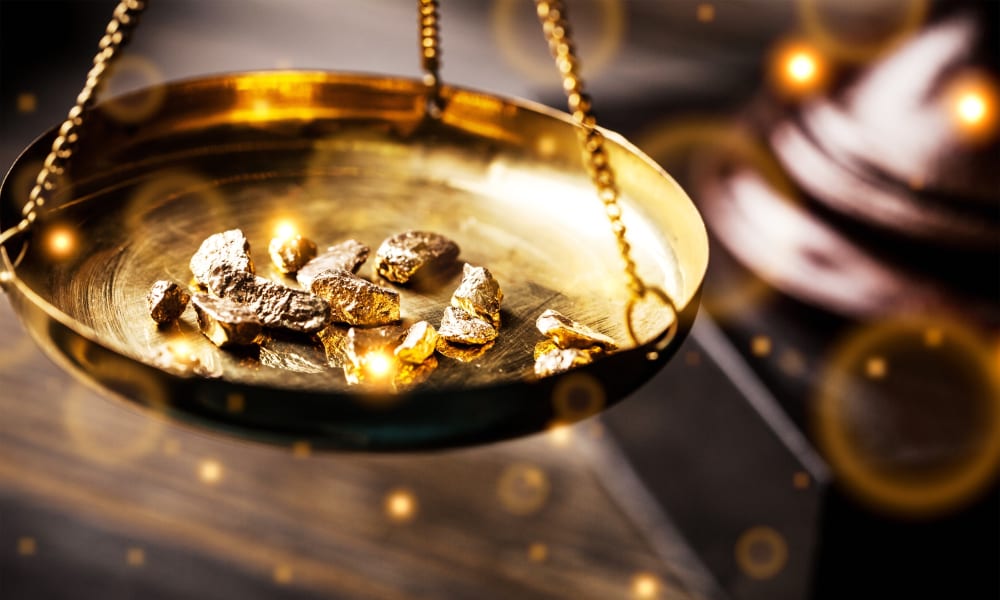 The spot price of gold reached $1,600 territory for the first time since June on Thursday

The resolve of the gold bull is facing an all-new test with prices of the yellow metal breaking below $1,700 an ounce for a second consecutive day after remarks on the U.S. economy by Federal Reserve Chairman Jay Powell sent bond yields and the dollar soaring.

Gold futures on New York’s Comex snapped below $1,700 on Wednesday, last seen in April last year, and were back below those levels after Thursday’s official session on the exchange. The spot price of gold, which reflects real-time trades in bullion, reached $1,600 territory for the first time since June on Thursday.

The yield on the benchmark U.S. 10-year bond advanced around 1.55% after Powell admitted at an event hosted by The Wall Street Journal that a recovering economy could “create some upward pressure on prices,” before adding that any rise in inflation would be “transitory”.

Powell’s comments pulled down a stock market that in recent days had seen investors questioning the valuations of tech stocks such as Apple, Microsoft and Amazon.

Gold, already in meltdown mode for some time, got swept into the stocks rout despite its so-called inflation hedge and the imminent passage expected for President Joe Biden’s $1.9 trillion Covid-19 fiscal stimulus bill.

The dollar, the alternative trade to gold, surged with the Dollar Index, which pits the greenback against six major currencies, reaching a four-month high at 91.68.

Traders now await the U.S. Labor Department’s release of the February jobs report. The market’s consensus is for a growth of 180,000 jobs last month, above January’s 49,000 expansion. Much higher growth could again weigh on the yellow metal.

Gold bulls are getting dizzy as they look over a cliff of price action that could see another $100 of weakness, said Ed Moya, analyst at New York’s OANDA. If the bond market continues to ignore the Fed, gold could be in for a few rough weeks.

That the international travel sector is, thanks to the Covid-19 pandemic, in a bit... END_OF_DOCUMENT_TOKEN_TO_BE_REPLACED

With a growing number of economists arguing there is a high chance we are... END_OF_DOCUMENT_TOKEN_TO_BE_REPLACED

While most still caveat the argument with the get-out clause it is far from... END_OF_DOCUMENT_TOKEN_TO_BE_REPLACED

Natural gas prices have rocketed with Russia accused of managing supply to drive up... END_OF_DOCUMENT_TOKEN_TO_BE_REPLACED

After their valuations boomed in 2020, the UK’s online fast-fashion giants of Asos and... END_OF_DOCUMENT_TOKEN_TO_BE_REPLACED