“Maybe geopolitical tensions are easing so it’s natural for gold to come down a bit …But it’s very unpredictable because prices could rise to another high because of some change,”

“After the sharp sell off in the dollar, over the weekend nothing happened so I guess the threat from the (Korean) peninsula is low, but we think gold fundamentals are strong,” 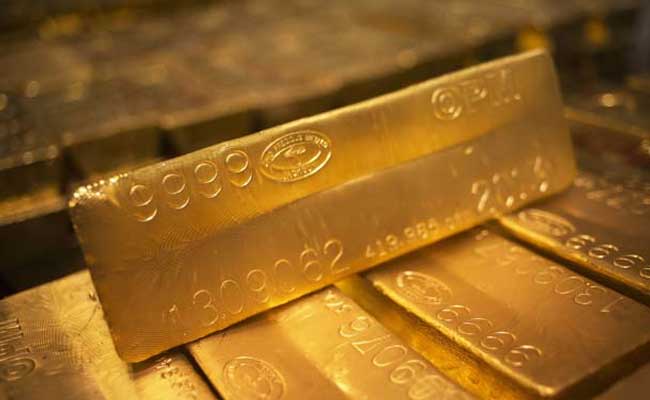 Read More: Gold Jewellery Demand Down In The UK

As tensions between the United States and North Korea increased, the dollar edged higher against the yen, trading above last week’s near four-month low. The dollar index was largely unchanged at 93.115.

“Although more aggressive rhetoric between the U.S. and North officials would temporarily boost gold prices, we see outright military action as unlikely and upward pressure on gold prices stemming from the confrontation as limited,”

Gold is highly sensitive to rising interest rates, as this increase the opportunity cost of holding non-yielding bullion.

Spot gold faces a strong resistance at $1,291 per ounce, it may hover below this level or retrace to a support at $1,278, according to Reuters technical analyst Wang Tao.

Gold jewellery demand down in the UK

Demand for gold rises in India as prices...

Bitcoin surges above $50k as it gains mainstream...

App-based takeaway delivery service Deliveroo has kicked of proceedings for an IPO that will... END_OF_DOCUMENT_TOKEN_TO_BE_REPLACED

MSCI’s broadest index of Asia-Pacific shares outside of Japan dropped to 684.52, its lowest... END_OF_DOCUMENT_TOKEN_TO_BE_REPLACED

The spot price of gold reached $1,600 territory for the first time since June... END_OF_DOCUMENT_TOKEN_TO_BE_REPLACED