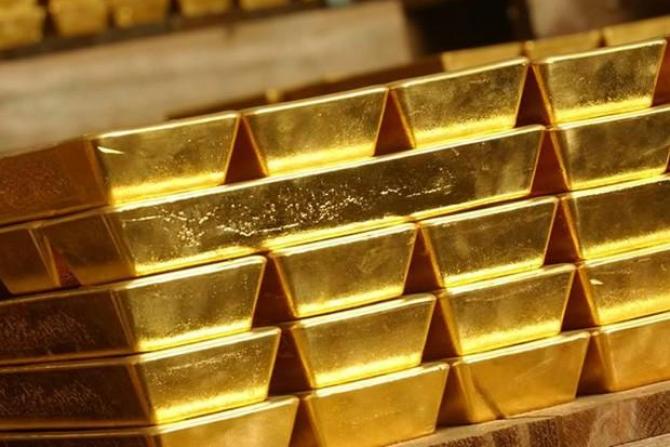 With gold prices trading 16% higher against both the US Dollar and Chinese Yuan since 1st January, China’s main share index tday sank 6.4%, its worst 1-day in a month, while commodity prices gave back a third of Wednesday’s late recovery.

Gold trading volumes in Shanghai today jumped to a new all-time record, with Dollar-equivalent prices in the world’s largest mining producer and importer moving above London quotes for the first time this week, offering a gross margin of $1.30 per ounce on new shipments – barely half the 18-month average.

Data released overnight showed gold imports to China through Hong Kong sank as prices rose in January, falling 85% from December to the lowest level since 2011 according to Bloomberg data, despite the approach of the key Lunar New Year shopping season.

Some CNY18 billion-worth of the Shanghai Gold Exchange’s main Au(T+D) contract changed hands on Thursday, trading some 70 tonnes of bullion.

Until Thursday, “The SGE had remained in discount for the entire week,” notes the Asian trading desk of Swiss refinery and finance group MKS, “and it seemed like some Asian investors were happy to capitalise on [this week’s] higher prices.”

Trading in the New York-based Comex’s gold call options meantime – a highly leveraged bet that prices will rise – has jumped in February to its highest daily average since prices peaked above $1900 per ounce in September 2011, the Wall Street Journal notes in a chart.

“It shows how bullish people are on gold,” the WSJ quotes one derivatives strategist at a broker-dealer.

The world’s largest exchange-traded trust fund at its 2011 peak by value, the SPDR Gold Trust (NYSEArca:GLD) has now grown 18% by shares outstanding since New Year, needing an extra 118 tonnes to back its value – the sharpest 8-week inflow since July 2010, when the Greek debt crisis first began making headlines worldwide.

“The move in gold,” reckons Swiss bank Credit Suisse’s global head of FX strategy Shahab Jalinoos, speaking to Bloomberg, “captures the idea that interest rates are going to be very low in all the major countries, including now the United States, which is a big change from the end of last year.”

“Purchases in December were so high that they probably anticipated demand in January.”

That the international travel sector is, thanks to the Covid-19 pandemic, in a bit... END_OF_DOCUMENT_TOKEN_TO_BE_REPLACED

With a growing number of economists arguing there is a high chance we are... END_OF_DOCUMENT_TOKEN_TO_BE_REPLACED

While most still caveat the argument with the get-out clause it is far from... END_OF_DOCUMENT_TOKEN_TO_BE_REPLACED

Natural gas prices have rocketed with Russia accused of managing supply to drive up... END_OF_DOCUMENT_TOKEN_TO_BE_REPLACED

After their valuations boomed in 2020, the UK’s online fast-fashion giants of Asos and... END_OF_DOCUMENT_TOKEN_TO_BE_REPLACED