Google yesterday became the first of the U.S. technology giants to require all of its staff in the USA to follow corporate Covid-19 vaccination rules and take get inoculated against the virus or face losing their jobs. As in most countries in the developed world, Americans are urged by their health services and government to take up Covid-19 vaccinations made available to them. But are not legally obliged to do so.

However, companies in the USA do have the right to insist staff are fully vaccinated if they have neither valid health nor religious reasons for not doing so. Google announced back in July that it would require any employees working from its sites around the world to get themselves vaccinated as soon as “widely available” in their region. 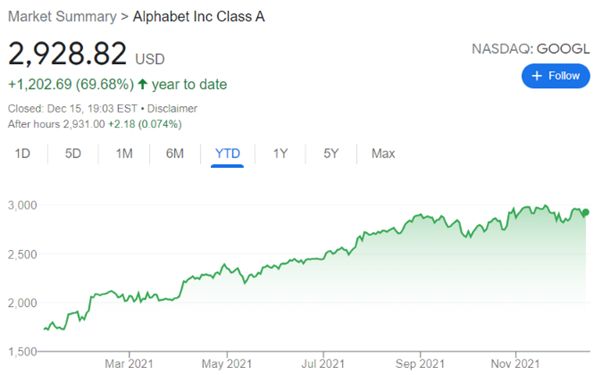 Legal frameworks covering an employer’s right to insist on staff being vaccinated vary around the world and yesterday’s announcement by Google won’t yet apply to the company’s staff in the UK. However, in the USA, President Biden recently mandated all companies in the country to employ one hundred or more staff are obliged to either ensure they are vaccinated or provide regular Covid-19 testing from January 2022.

The new rules are, however, facing legal challenges and Biden’s mandate is expected to go to the Supreme Court. But as it stands, Google, which has asked its 150,000 international employees to start spending at least three days a week at its sites from the beginning of next year, is ready to enforce the executive order. A memo circulating within the technology company said it expects “almost all roles in the US will fall within the scope” of the President’s mandate.

The memo further read, reported CNBC, that “anyone entering a Google building must be fully vaccinated or have an approved accommodation that allows them to … come onsite”.

It was added that frequent testing was “not a valid alternative”.

Google’s American employees who fail to vaccinate by January 18th will be placed on administrative leave for one month, giving them the chance to do so. After that period anyone still refusing to get jabbed will be placed on unpaid leave for up to six months followed by the termination of their employment if there has been no change in their vaccination status.

“Our vaccination requirements are one of the most important ways we can keep our workforce safe and keep our services running. We’re committed to doing everything possible to help our employees who can get vaccinated do so.”

The share price of Google’s parent organisation Alphabet has almost tripled since March 2020 and the company is now worth $1.95 trillion after gains of just under 70% for the year-to-date. The vast majority of its income still comes from advertising revenues generated by the Google search engine and YouTube. Like much of the tech sector it has been a beneficiary of the pandemic’s acceleration of the move towards a more digital economy and an increasing amount of time spent online.

While Google was one of the first big companies to tell its staff to work from home when the coronavirus pandemic began last year, it does now want them back in the office, at least on a hybrid basis. Apple yesterday delayed its own return to a hybrid model of office and remote work. It has already put the move off twice this year, first from September to October and then from October to February next year. Yesterday the iPhone maker revised the February deadline to “a date yet to be determined”.