Under mounting pressure from investors to rejuvenate its pipeline of new drugs, GlaxoSmithKline (GSK) has agreed to pay $2.1 billion to enter into a collaboration agreement on an experimental new cancer treatment. The deal that has been struck with Nasdaq-listed US biotech company iTeos Therapeutics will see GSK pay an up-front $625 million in exchange for the right to co-develop and commercialise a promising immune-oncology drug. 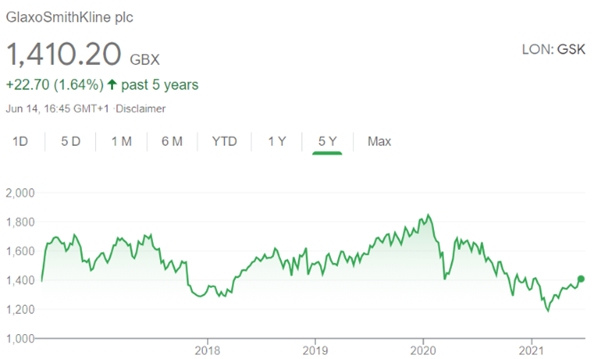 An additional $1.5 billion will be paid out once various milestones are reached, such as successful clinical trials and regulatory approval.

Glaxo has struck over 20 co-development deals with smaller biotech and pharmaceuticals companies in the past 12 months as it looks to accelerate to bolster its pipeline. New blockbuster treatments are needed to compensate for the fact a number of the FTSE 100 company’s important drugs see their period of protection end this decade, which will lead to competition from generic alternatives.

The deal with iTeos, which is headquartered in Boston, brings GSK’s portfolio of oncology assets up to 16. 3 of the drugs, around 25% of the pipeline, have already been given regulatory approval.

Sector analysts were cautious in their appraisal of the deal’s value for Glaxo shareholders with Citigroup, the pharma giant’s joint house broker, offering the fairly downbeat opinion that “superior economics from its collaboration had it partnered somewhat earlier”.

Next week GSK will use a capital markets day event to provide investors with further details on its strategy to focus on immune system drugs. The company is also expected to outline plans for closer integration between its pharma and vaccine businesses. That’s considered to have taken on heightened importance because Glaxo’s consumer healthcare business will be spun out as a stand-alone company next summer.

With GSK, one of the largest pharma companies in the world with a valuation of £71 billion,  thought to still have around $10 billion available in ‘fire power’, analysts believe further deals could be sealed over coming months. The recent flurry of investments in co-development deals reflects the pressure the company’s management has been under to improve shareholder returns.

That’s been recently ramped up by activist hedge fund Elliott Management, which revealed in April it had built up a significant minority stake. The GSK share price has dropped by 15% since current chief executive Emma Walmsley took over from Sir Andrew Witty in 2017. She has been attempting to re-establish GSK’s oncology portfolio following Sir Andrew’s decision to sell its marketed products to Swiss rival Novartis in 2015.

Cancer treatments that focus on the immune system, teaching it to target tumours itself, are currently thought to be the most prospective approach to the disease. GSK’s chief scientific officer Hal Barron said the category of drugs, called checkpoint inhibitors, have already “transformed cancer care”.

But despite the promise and impact immune-oncology drugs have already had, less than 30% of patients respond to those currently available. GSK is working on a new generation of checkpoint inhibitors it is hoped will improve on first-generation immune-oncology therapies.

iTeos’s EOS-448 treatment is currently in phase I study and Glaxo will now share the costs and other responsibilities around further clinical trial stages and, should the drug come through those successfully, commercialising it. The agreement will see the two companies jointly commercialise the treatment in the USA, equally dividing profits. Internationally, Glaxo will hold an exclusive license with iTeos receiving royalties.

2020 was a disaster for income investors as the onset of the coronavirus crisis... END_OF_DOCUMENT_TOKEN_TO_BE_REPLACED

With gains of 21% since the beginning of the year, commodities has been the... END_OF_DOCUMENT_TOKEN_TO_BE_REPLACED

The London-listed mining company Rio Tinto has just announced it will pay out record... END_OF_DOCUMENT_TOKEN_TO_BE_REPLACED

Since he founded it as an online bookseller from the garage of his rented... END_OF_DOCUMENT_TOKEN_TO_BE_REPLACED

Last month the board of Wm Morrison, the UK’s fourth largest supermarket chain by... END_OF_DOCUMENT_TOKEN_TO_BE_REPLACED