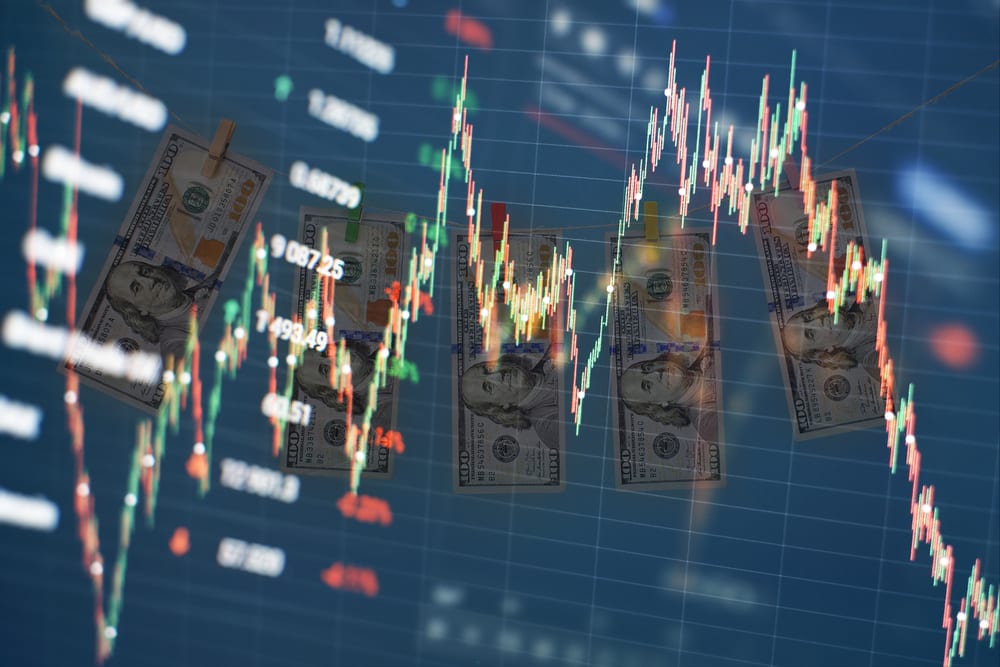 The GW Pharmaceuticals share price rocketed up by 54% yesterday after the board of the UK-based medical cannabis company recommended a $7.2 billion takeover bid by Jazz Pharmaceuticals. Despite still being based in the UK, GW Pharma opted for a New York Stock Exchange listing, in the belief Wall Street’s capital markets would better support its growth. Jazz is listed on the Nasdaq.

The offer, which values GW at $220-a-share, would count as the biggest takeover deal for a UK-based biotech so far, said the UK Bio Industry Association. GW became the first pharmaceuticals company in history to secure FDA approval for a drug that has medical cannabis as a key active ingredient. 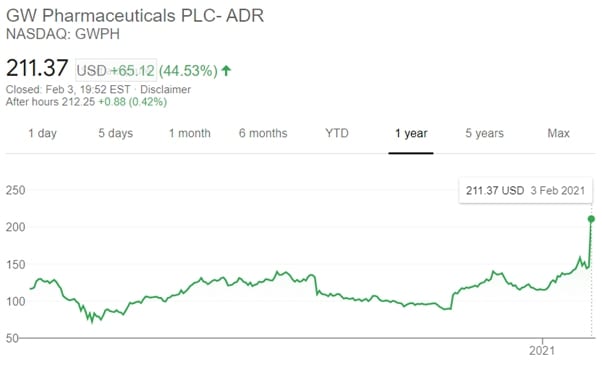 Should the takeover go ahead, as it looks likely to, it will prove a windfall for founder Geoffrey Guy, who has remained with the company as its chairman and owns a stake worth around $90 million at the bid price. Chief executive Justin Gover’s stake is worth around $39 billion.

Founded in 1998, GW Pharmaceuticals was the first company in history to secure a Home Office license to grow cannabis legally in southern England. However, it was another 20 years until it secured FDA approval for its flagship product Epidiolix, a cannabis-based treatment for forms of severe childhood epilepsy that do not respond to more traditional therapies.

It’s been a long and winding road for GW, with a number of setbacks overcome along the way. Its first product Sativex, designed to treat multiple sclerosis symptoms, showed disappointing results in clinical trials. Earlier in its development it was also necessary to battle with investor scepticism and distinguish its clinical research into medical cannabis-based drugs from the wider socio-political debate around cannabis.

Despite its Wall Street listing, GW’s main base has continued to be the UK and all research and development is conducted in Cambridge. It also continues to grow and refine medical cannabis strains at secret sites across southern England and now employs over 1000 staff, mainly in the UK.

Nasdaq-listed Jazz is domiciled in Dublin, Ireland, and has sites across Europe and North America, including in Oxford in the UK. GW originally went public via the London Stock Exchange’s alternative AIM market in 2001 but subsequently decamped to the Nasdaq, where investors both better understood and were more open to the potential of medical cannabis in the pharmaceuticals industry.

The $220-a-share takeover deal being recommended by GW’s board consists of $200 in cash and $20 made up of Jazz shares. The deal values GW at $6.7 billion net of its cash reserves, or $7.2 billion including them. The UK biotech’s share price yesterday closed at $211.37, suggesting the market believes it likely the deal will complete.

For Jazz, the attraction is to add Epidiolex, the first ever FDA-approved prescription cannabidiol treatment. It is expected to become a “blockbuster” drug in the near term, defined as sales worth over $1 billion. Sales of Epidiolex had passed $510 million by the end of last year and was also approved by the European Medicines Agency in 2019.

While the active ingredient cannabidiol is derived from the cannabis plant, it does not contain THC, which is the element associated with the “high” associated with recreational use of the drug.

GW’s pipeline also includes other cannabis-derived drugs including Nabiximols, a treatment for spasticity resulting from multiple sclerosis and spinal cord injuries, which is currently in phase III clinical trials. There is also high hopes for early-stage treatments for autism and schizophrenia.

Commenting on the decision to recommend the Jazz bid, Mr Gover told investors the board sees Jazz as GW’s “ideal growth partner…committed to supporting our commercial efforts, as well as clinical and research programmes”.

Bitcoin, cryptocurrencies and digital assets 2021: will we finally see a mainstream breakthrough?