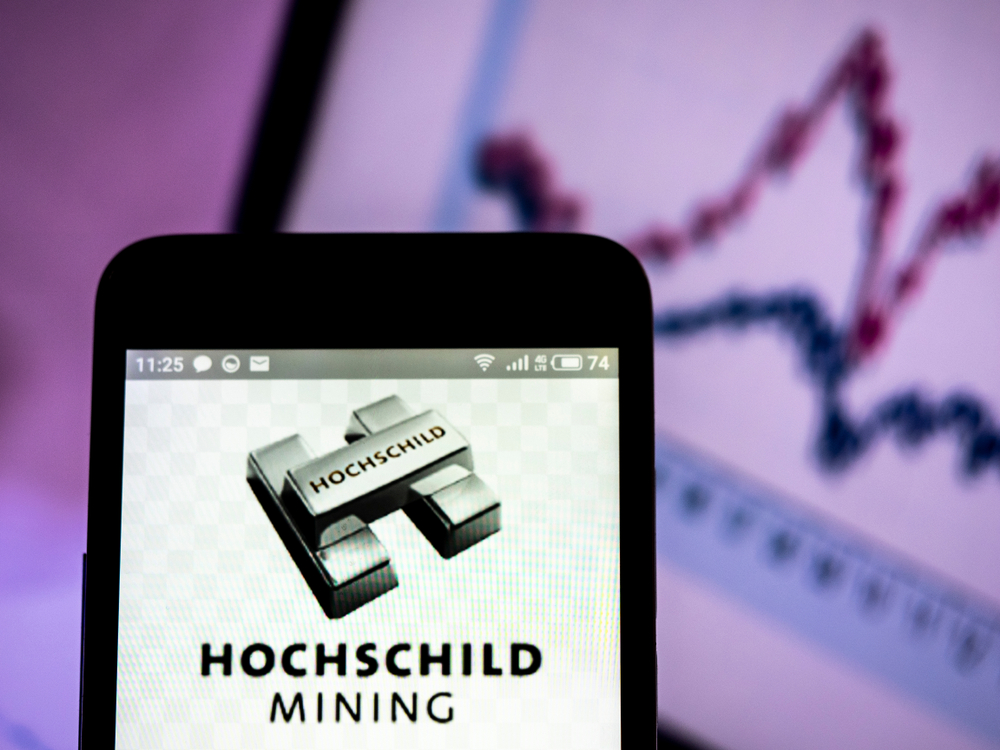 The FTSE 250 mining group Hochschild Mining saw its share price slump by 50% before recovering some of those losses to currently find itself down 37% for the day. The sharp sell off of the FTSE 250 company’s stock came after the Peruvian prime minister Mirtha Vasquez vowed to shut down its mines in the country. The left wing government leader responded to protests over the past few weeks with a Friday announcement four mines in the South American country’s Ayacucho region, two of which belong to Hochschild would be shut down “as soon as possible”.

“there will be no extensions, whether for exploitation, exploration or even shutdown.” 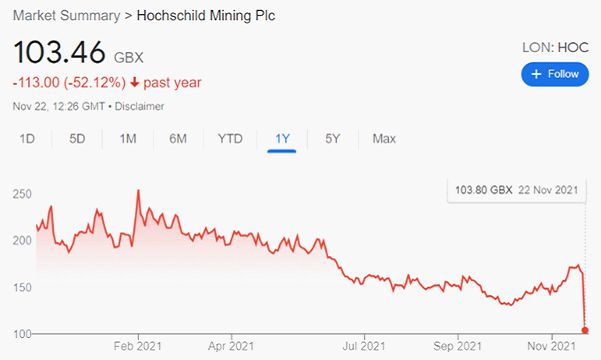 If the two mines are shut down as promised, a decision Hochschild has called illegal and vowed to fight, it will rob the company of two thirds of its active operations. The company has two working mines in Peru and one in Argentina. By far its biggest, the Inmaculada silver and gold mine which has been operating since 2015, is expected to account for over 60% of the company’s output this year. Its other Peruvian asset, the Pallancata mine, has been operational since 2007 and will contribute about 17% of 2021 output.

Both mines are believed to hold gold and silver reserves that still offer many more years of profitable operability. Their closure will immediately see Hochschild’s output plummet by over two thirds.

While there proven reserves in both mines to last decades, Hochschild is obliged to apply for new permits from the Peruvian government to extend operations every few years. The most recent of those will expire within two years, forcing the mines to start closing.

Hochschild Mining, which was founded in 1911 as the Hochschild Group has had mining interests in Peru since 1925. The company directly employs 5000 people and another 40,000 jobs in Peru are estimated to depend on the miner’s operations in the country.

The FTSE 250 constituent was listed in 2006 but 38% of its equity is still owned by Eduardo Hochschild who also chairs the miner. Pre-tax revenues for 2020 were reported as $621.8 million for a profit of $62.9 million. Those figures were significantly down on 2019’s results due to the Covid-19 pandemic forcing extended shutdowns last year.

Peru is the world’s second biggest copper producer and also a major exporter of gold and silver, which often occur in association with ores of copper and lead, in quartz veins. However, the country’s international miners have been facing up to a tougher environment after left-wing President Castillo was elected earlier this year. One of his manifesto pledges was to raise taxes on the industry and require better working conditions for miners.

Anglo American, the FTSE 100 miner, also has important assets in Peru but their mines are not located in the same Ayacucho region where the Peruvian government wants to stop mining activities in response to protests about their environmental impact. Hochschild say they were informed by news reports over the weekend of a meeting whose minutes

“refer to alleged environmental complaints, and state that a commission has been constituted in order to negotiate the timetable and terms for the closure of certain mining projects”,

and were signed by Prime Minister Vasquez.

“not in accordance with Peruvian law and is wholly without merit”.

That was followed by a commitment to fight the decision with the company statement outlining its intended response as:

“Hochschild will vigorously defend its position and take all action necessary to ensure that the rights of the company and its wholly owned subsidiaries under Peruvian and international law are respected.”

That the international travel sector is, thanks to the Covid-19 pandemic, in a bit... END_OF_DOCUMENT_TOKEN_TO_BE_REPLACED

With a growing number of economists arguing there is a high chance we are... END_OF_DOCUMENT_TOKEN_TO_BE_REPLACED

While most still caveat the argument with the get-out clause it is far from... END_OF_DOCUMENT_TOKEN_TO_BE_REPLACED

Natural gas prices have rocketed with Russia accused of managing supply to drive up... END_OF_DOCUMENT_TOKEN_TO_BE_REPLACED

After their valuations boomed in 2020, the UK’s online fast-fashion giants of Asos and... END_OF_DOCUMENT_TOKEN_TO_BE_REPLACED