Investors from Hong Kong are pouring money in London commercial property market this year. Chinese investment in London has more than trebled compare to that before the British referendum. While other investors are pulling out of London, it is the opposite with Chinese investors who have pressed the accelerator in investment. As China tightens its grip on overseas investments, property magnates are using Hong Kong as a conduit for investment. Although, there are other factors as well that are driving increasing Chinese investment in London and include sterling’s 12% drop since the brexit referendum against the dollar, higher property cost in Hong Kong compared with London and heightened political uncertainty in Hong Kong.

Chinese investors have bought the prime trophy buildings like the “Cheesegrater” and “Walkie Talkie”. ‘Walkie Talkie is a 34-storey property at 20 Fenchurch Street for which Hong Kong food giant Lee Kum Kee will pay £1.28 billion. The price is a record for any office building in Britain. Chinese investors are snapping up London’s most prestigious skyscrapers that define the capital’s skyline.

According to data from the CBRE real estate group, Chinese investors spent £3.96 billion (US$5.10 billion) on London commercial property which is the highest amount on record. The figure is more than the £2.69 billion spent in the whole of 2016. According to the Knight Frank agency, more than 92% of Chinese investment has come from Hong Kong.

“Deals from mainland China already make up a smaller proportion of the activity from the region, with Hong Kong investors most active,”

“We expect that Chinese investors will still look to make strategic real estate purchases that fit within their business plans.”

Also, there have been protests in Hong Kong questioning the independence of the judiciary but Hong Kong’s legal chief denied any political motive.

“If you’re concerned that China is taking control of Hong Kong more and more and you need to take capital out of that jurisdiction, London is attractive,”

“Cheaper money, the rule of law, cultural familiarity and a need to diversify out of a home market is what’s driving Hong Kong demand in the UK,” 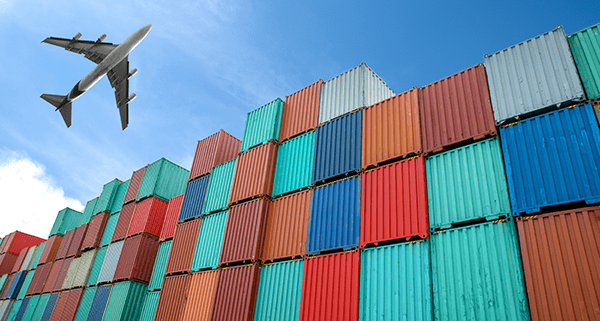 Investors are also opting for overseas markets because of higher rentals.

“The illiquidity of a building compared with other investments is also an attraction, should Beijing demand that funds be repatriated to China,”

Chinese investment is one third of the overall investment in London commercial property market, which was less than 10% before the brexit referendum, says CBRE.

Central London office developer Derwent London, forecast that 2017 rental values would be anything between down 3% to up 2%.

Some of the London-based financial jobs will move to the continent or Ireland so that banks can continue selling to EU clients but this negative factor is offset by the pound’s fall that has made property cheaper for foreign investors.

According to Knight Frank data, buildings in London are cheaper than in Hong Kong, Tokyo, New York and San Francisco, but they offer higher rents than most other global centres.

Asian investors were choosing to avoid development deals as they remained wary of riskier projects and were most keen on London offices,

Dalian Wanda will not buy Nine Elms Square in London

2020 was a disaster for income investors as the onset of the coronavirus crisis... END_OF_DOCUMENT_TOKEN_TO_BE_REPLACED

With gains of 21% since the beginning of the year, commodities has been the... END_OF_DOCUMENT_TOKEN_TO_BE_REPLACED

The London-listed mining company Rio Tinto has just announced it will pay out record... END_OF_DOCUMENT_TOKEN_TO_BE_REPLACED

Since he founded it as an online bookseller from the garage of his rented... END_OF_DOCUMENT_TOKEN_TO_BE_REPLACED

Last month the board of Wm Morrison, the UK’s fourth largest supermarket chain by... END_OF_DOCUMENT_TOKEN_TO_BE_REPLACED