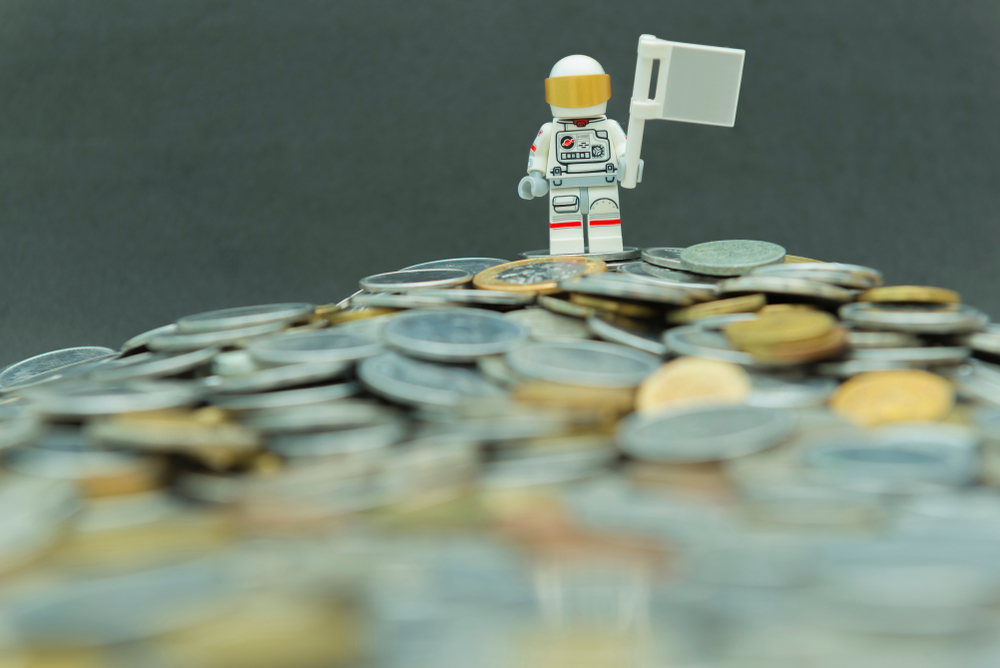 Did you know you could build wealth by investing in Lego? A study suggests Lego investments have outperformed traditional asset classes like gold and large cap companies over more than a decade. Unfortunately, if you were to invest in Lego, you wouldn’t also be able to build a model Death Star or city scene as well as your net worth as collectors are interested in unopened, mint condition packs.

The research into the resale value of collectable Lego sets was conducted by a team from Russia’s National Research University Higher School of Economics led by Victoria Dobrynskaya and published in the journal Research in International Business and Finance. It analysed the prices of more than 2300 Lego sets sold on the secondary market. Around the world, tens of thousands of secondhand Lego sets change hands every day.

The study’s authors concluded that:

However, like stocks, there can be a huge difference in the investment returns realised between different Lego sets. And the collectables don’t only gain in value but also show volatility. Individual sets saw their resale values slump by up to 50% year-to-year. While that of others could soar by up to 600% over 12 months.

Led researcher Dobrynskaya went as far as to attach a “past returns do not protect against future losses” style disclaimer to the paper’s findings, warning would-be Lego speculators:

“It is important to remember that it is difficult to know which set will succeed and the high returns are not guaranteed”.

If Lego as a building block in your pension portfolio is an appealing prospect, is there a right and wrong way to go about investments in the toy sets? Dobrynskaya has several tips based on the findings of her team’s research paper.

Just like traditional stock market investors looking for companies undervalued by markets to invest in because the cheaper shares are the more likely they are to rise in value in the future, methodical Lego investors also look for a bargain. Dobrynskaya says one approach favoured by Lego investors is to snap up sets in the sales at reduced prices. Buying lower increases the chances of better returns in the long term.

Again, just like in traditional investing, patience is a virtue when it comes to realising a profit from Lego. The resale value of Lego sets tends to start to rise two to three years after they are no longer available through standard retailers. But the real gains tend to kick in after a Lego set has been out of production for a decade or more.

Investors looking for faster returns and willing to take on some risk might consider buying second hand, mint condition Lego sets at a small premium a few years after they have stopped being sold in shops. But before they come onto the radar of collectors. While that could mean waiting less time for a return on your investment, paying a premium, even if relatively modest, also increases the chances of the investment failing to increase in value or realising a loss if there is a lack of enthusiasm for the particular set.

Like fine wine, the moment a Lego set is opened the supply of that set declines. Most sets are immediately opened and played with. And as time passes, the number of those patiently maintained in mint condition dwindles. Eventually, a set in mint condition becomes rare and a prize for collectors. The smaller the original production number of a set, the rarer it is likely to become as the years tick by.

Like any market for collectables, an investment in Lego is far more likely to come off if you have a passion for it and are aware of trends and interest in particular lines and sets. While it’s not impossible to dispassionately research the Lego resale market and invest according to your findings, where’s the fun in that?

As an investment class, collectables are notoriously volatile and unpredictable. Markets are not liquid in the same way as stock markets are and Lego sets don’t have reliable resale value at any given moment in time. What a particular set can fetch is influenced by recent precedent but relies heavily on demand, which can vary hugely.

If two or more collectors all want a set a bidding war could inflate returns. But if there is not a clamour for your set you might have to either hold onto it in the hope of demand increasing in future or accept a knockdown bid.

Having a personal interest in Lego will give you a better chance of realising which new sets being released, or still in their early resale years and commanding a smaller premium, are likely to be in the highest demand in future.

Some themes become particularly popular with examples given by the study including the Ideas series based on Lego fan concept suggestions and licensed sets from the Minecraft and Star Wars themes. Sets from those themes showed average annual returns of 64%, 46% and 17% respectively over the period the study looked at.

The research paper found the Lego sets with the best resale value tended to most often be either the smallest or largest sets. It concluded:

Just how much will depend on how enthusiastically you fling yourself into pursuing riches through Lego speculation, but sets do take up some space. You’ll need somewhere to store sets that won’t lead to either domestic strife by cluttering up a corner of the living room or a health and safety hazard in the corridor. Your Lego store conditions should be dry and remain at a moderate temperature to avoid the risk of damage.

“Small sets often contain unique parts or mini-figures, whereas huge sets are released in limited editions and are popular among adult collectors.”

Lego as a safe haven investment

The study also noted low correlation between Lego returns and financial markets, suggesting collectors might view their sets as a “safe haven” investment alternative to gold. When stock markets struggled between 2002 and 2008, the secondary market for Lego continued to generate positive returns. However, despite the welcome signs Lego holds its value during times of market turbulence, it may not be the best idea to sell off all your defensive investments and pour the cash into vintage Star Wars-themed Lego sets.

Should you invest in Lego?

And you should probably only explore the idea further if you also have a genuine interest in and passion for Lego. It will mean you are in a better position to predict which sets are most likely to be sought after by future collectors. And also that you have something to play with to take your mind off things if your investment bombs.

A little over a week into 2022 we’ve already experienced some major market movements.... END_OF_DOCUMENT_TOKEN_TO_BE_REPLACED

One of the FTSE 100’s current disadvantages, when it has come to attracting international... END_OF_DOCUMENT_TOKEN_TO_BE_REPLACED

Did you know you could build wealth by investing in Lego? A study suggests... END_OF_DOCUMENT_TOKEN_TO_BE_REPLACED

With most major stock markets around the world spending time at or near record... END_OF_DOCUMENT_TOKEN_TO_BE_REPLACED

For years, Baillie Gifford’s technology funds have been driving outsized returns for the mainly... END_OF_DOCUMENT_TOKEN_TO_BE_REPLACED