A recent report by The Economist magazine describes the Covid-19 pandemic as a “black swan” – an unpredictable high impact event. The report opens by detailing the theory that such black swans have had a far greater impact on human history than is generally recognised. And that this particular black swan may result in a major re-alignment of the current world economic order.

Why and how might that new world economic order come about and what is it likely to look like if it does? And as investors, can we protect ourselves against some markets declining in relative international value and importance? And perhaps even take advantage of the shift?

The global economic shock brought about by the sudden arrival of the Covid-19 coronavirus pandemic after it descended in February to March has been the most significant since the second world war. In an effort to control the spread of the virus, governments around the world enacted lockdown measures, keeping people at home and minimising human contact.

The cost of preventing health services becoming overwhelmed was a slump in consumer spending and contraction of the labour market The Economist estimates as the equivalent of as many as 500 million full-time jobs being lost overnight. Factories stopped working, restaurants, bars and cafes were shuttered, international travel ground to a halt and commutes halted as those who could, mainly white-collar office workers, worked from home rather than the office.

It could have been far worse. Total economic carnage was only prevented by the historically unique scale of intervention by governments and central banks to prop up financial markets and keep workers in jobs by offering financial support to companies. Those who did lose their jobs were supported more than would have been the case under normal circumstances.

At least in most developed economies. In less wealthy nations lacking a financial safety net, economies, businesses and workers were largely left to deal with things as best they could. Though lockdown periods were often shorter and less severe, with health service capacity risked due to little viable alternative.

June forecasts issued by the IMF estimated that by the end of 2020, the combination of global GDP having shrunk by 5% on 2019 levels, and missing out on the 3% growth expected for 2020, the global economy will shrink by 8% this year. To put that into context, the world economy shrank by just 0.1% as a result of 2009’s “great recession”.

What are the economic consequences of 2020 for the developed world?

In the USA, despite the stock market flying after a strong recovery from the sharp sell off between late February and late March, unemployment is becoming a problem. There is a growing disconnect between financial markets and the ‘on-the-ground’ economic picture. 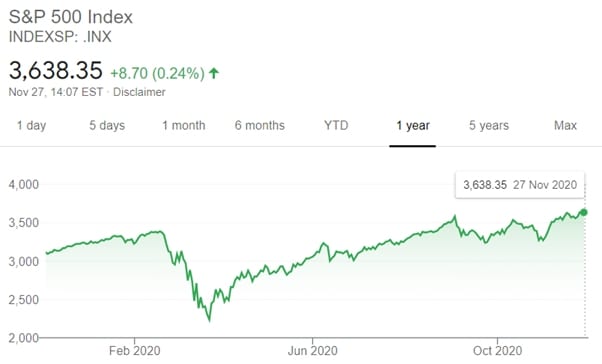 In April, when unemployment peaked, there were more out of work 25-to 54-year-olds in the USA than at any time in almost 50 years and the employment rate dropped below 70% for the first time in decades. For those who stayed in a job, the International Labour Organisation estimates their hours dropped by almost 25%.

The developing world is being hit even harder. The World Bank forecasts an annual drop in economic output from middle and low-income countries for the first time in at least 60 years, tipping up to 89 million people into extreme poverty. That will see the world’s economically destitute rise by around 15%.

In the developed economies of the USA and western Europe, governments have racked up huge debts that will prove a burden in years to come. It’s estimated that in the USA, around two thirds of workers made unemployed received more money in benefits than they previously did in wages, such was the extent of government support.

In Europe, over 40 million workers were placed on government-funded furlough schemes. That entailed governments covering up to 80% of wages up to a ceiling (£2500 in the UK) on the condition companies take them back once they can start to work normally again.

The outlay involved in European furlough schemes has been colossal. And will have to be somehow repaid. The IMF forecast in June, before the extent of the ongoing second wave of the virus was known, that the overall gross public-debt-to-GDP ratio of advanced economies would rise from 105% in 2019 to 132% by 2021.

Central banks are printing money at a rapid pace and their balance sheets have been weighed down by government debt being covered. In the wake of the financial crisis a decade ago, similar policies were viewed as radical. But their extent was tiny in comparison to what is happening now.

It will be harder to gauge the real impact objectively, but many believe the effects of schools shutting for months this year will be felt for decades to come. The impact will not be felt so much by children from wealthier families, who are most likely to have kept up, or be able to catch up. Or even necessarily about children missing out on lessons.

For children from families from poorer socio-economic backgrounds, the school environment is as much about stability, encouragement and a ‘safe space’, as it is about academic learning.

Economics forecasting is notoriously fraught and often inaccurate. But as far as economic logic would seem to dictate, the knock-on effects of 2020 are likely to be an uptick in household savings, as more people move to build themselves a financial buffer against future shocks. That will depress consumer demand. Interest rates are likely to remain low, and even negative, for an extended period, supporting asset prices, like those of property, even in weakened economies.

Greater trepidation around supply chain risks is likely to see globalisation retract to some extent and them brought closer to home. The trend towards automation of manufacturing, already in place, can also be expected to accelerate, also to the detriment of globalisation. The digitalisation of consumer spending has also accelerated with even chunks of education and health services likely to stay online.

An intensification of the friction between China and the USA, and by extension the rest of the ‘west’, is expected. As corporate dominance of technologies becomes more important, we may see more moves such as the USA lobbying to exclude China from global 5G networks and forcing TikTok, China’s most successful digital export, to sell itself.

There may well be a major reshaping of the social contract between governments and populations in advanced economies. Especially if weaker economies and higher unemployment combine with high asset prices.

Globalisation is not disappearing, but it is changing. In future it is likely to be less about supply chains that span the world and the import and export of manufactured goods and more about services. Remote work becoming normalised this year, combined with new Augmented and Virtual Reality technologies, mean that many office jobs could be outsourced from richer to poorer countries.

Until now, that largely meant customer service positions but will extend to far more roles. Augmented and virtual reality technology may even soon see experts from abroad instructing lower skilled employees on the ground how to complete tasks they would have been underqualified for.

How should investors react?

As investors, the reality is it is too soon to make sweeping statements about what the consequences of 2020’s Covid-19 pandemic will be on the new economic world order. But it is almost certain to lead to some major upheaval and new or intensified trends.

New industries and corporations will emerge and others will slide into the annals of history, some slowly and others more dramatically, like a bursting super nova. China’s economic rise and political influence will be one to closely watch. As will feared economic statis for Europe.

Investors who stick to the tried and tested formulas of the last few decades may suffer as a result. Ever larger technology companies can be expected to feature, unless there is wholesale regulatory intervention that stifles their growth.

We won’t tell you what to invest in or which global economies to back. Because we don’t know. But what we can say is that there will be change. And investors will have to keep a close eye on the trends and adapt to them.  Or risk being left behind as the world changes.