How UK Investors Can Take Advantage of the Monarch Airlines Collapse

The demise of Monarch, until this week the UK’s fifth largest airline, is undoubtedly a personal nightmare for many of its customers, particularly those who have paid for flights only packages which do not fall under the same CAA (Civil Aviation Authority) Atol scheme protection as package holidays. The good news is that anyone currently abroad who has flown with Monarch and is due to return to the UK up until October 16th, will be brought home at no extra cost by the CAA, even those with flights only tickets. It amounts to the CAA organizing for 110,000 Brits to be brought back on alternative flights, a logistics behemoth being referred to as the UK’s largest ever peace-time repatriation effort.

The Monarch situation is hugely disruptive, and potentially expensive, for those currently abroad, and the 860,000 people who have lost bookings. The company also employs 2100 people, the majority of whom become immediately redundant with a small number retained by the joint administrators from KPMG to help with the administration process. It’s the third European airline to collapse this year following Air Berlin and Alitalia entering insolvency proceedings this summer.

Investors might think that this sounds like the aviation industry is one to be avoided at all costs. It’s certainly true that the European short-haul market has been cut throat this year as intense competition between multiple competitors finally came to a head. It’s certainly not been a good investment for Monarch’s majority owner Greybull Capital, with the investment group set to lose an estimated £250 million in equity and debt. However, there may also be an opportunity for investors as a result of Monarch’s collapse. 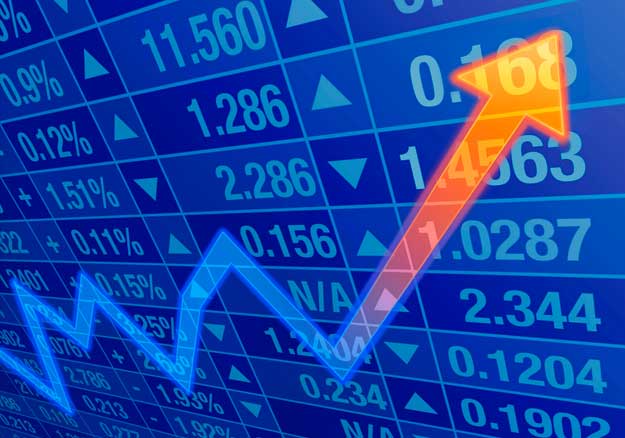 The share prices of major stock market listed UK airlines jumped yesterday. EasyJet’s share price was the biggest gainer on the FTSE 100 on Monday, up 5% by lunch time. Ryanair, which has had plenty of its own worries of late, rose 2.64%, FlyBe 2.2% and IAG, who own British Airways rose by 2%.

While the share prices of airlines are usually highly correlated, with factors such as fuel costs, geo-political and terror crisis and air traffic strikes impacting everyone equally, the failure of one airline, especially a major one like Monarch, is a boost to everyone else.

As already mentioned, the European short haul industry has been intensely competitive in recent years, squeezing the bottom lines of industry participants. What we have seen this year is the process of natural selection, with the more financially vulnerable suffering. That means an opportunity for the remaining companies to pick up more passengers. There will be an immediately boost as flights and holidays booked with Monarch are redistributed, mostly paid for out of compensation from the Atol insurance scheme that protects package holidays. The middle-term impact is that there is one less company in the UK that future demand will be shared between. Additionally, hiring new pilots will be both easier and less expensive for the other airlines with Monarch’s now about to flood the market.

EasyJet in particular have had a good few weeks on the back of Ryanair’s well publicised problems and the Monarch situation is likely to further fuel the budget airline’s prospects in coming months. The likelihood of a bounce back in Ryanair’s own share price is also likely to have seen elasticity added.

Smart investors will be looking at the UK’s airline industry for opportunities in the coming period. Particular attention should go to assessing which listed airlines have the greatest overlap on routes that Monarch will no longer be servicing.

The Nasdaq dropped 1.9%, while the yield on 10-year Treasury notes dropped to 1.557%... END_OF_DOCUMENT_TOKEN_TO_BE_REPLACED

The dollar’s received a further boost as the Nasdaq dropped more than 2%, the... END_OF_DOCUMENT_TOKEN_TO_BE_REPLACED