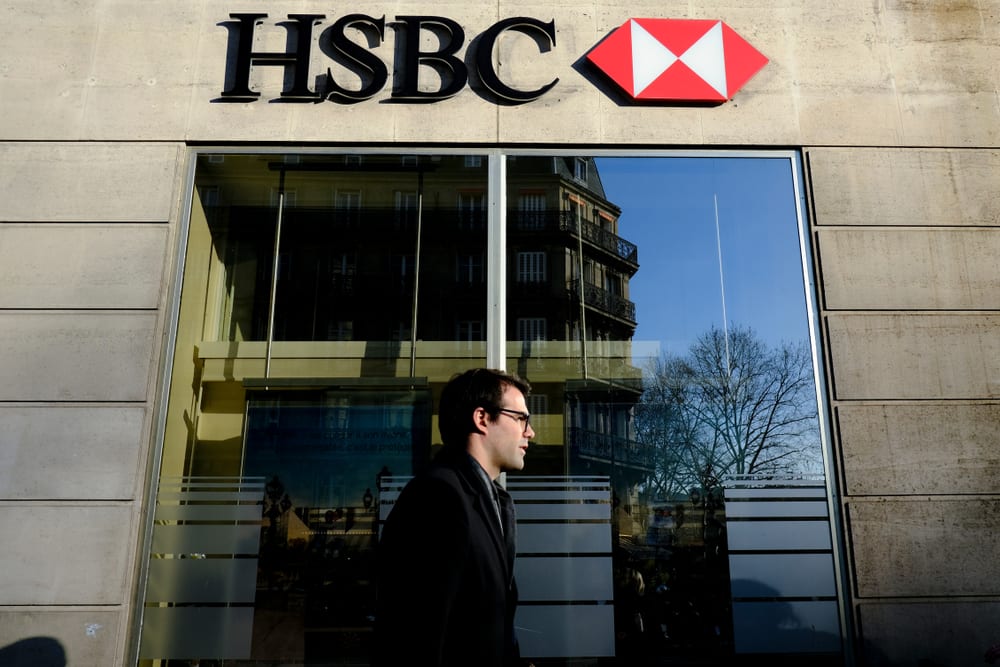 The HSBC share price has hit its lowest level in over two decades yesterday after the bank, alongside a number of its peers, faced accusations of complicity in moving billions of pounds in alleged ‘dirty money’. The accusations were made in Chinese media, alongside the reported threat the bank could be placed on the Beijing administration’s “untrusted entity list”. That would restrict HSBC’s ability to do business in the country, one of its biggest markets.

The result was on over 5% slump in the HSBC share price yesterday, which closed at 288p. It marks the lowest level the Southeast-Asia focused bank’s value has fallen to since 1998, when it was heavily exposed to the Russian rouble crisis. Last week’s Bank of England guidance that negative interest rates were being considered is another factor weighing on banking stocks early this week. 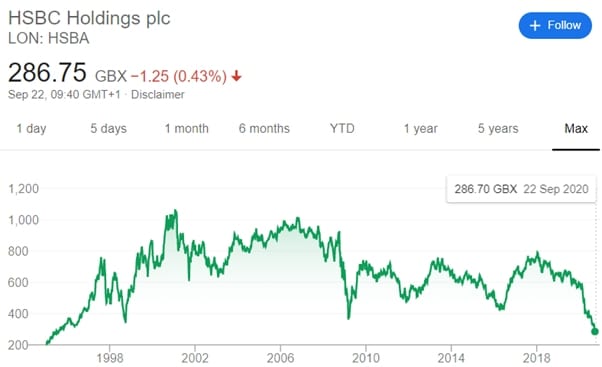 The reputation of the international banking sector, whose reputation is far from pristine, has taken another hit after leaked documents alleged major banks including HSBC moved cash for clients despite telling authorities about suspicions over the origins of the money.

The documents in question include over 2,500 suspicious activity reports (SARS), filed by banks and other financial institutions between 2000 and 2017. SARS are filed with the US Treasury’s Financial Crimes Enforcement Network (Fincen), and those leaked detail transactions worth over $2 trillion. The files were passed to Buzzfeed News, the online media group, who subsequently shared them with the International Consortium of Investigative Journalists (ICIJ) and other news bodies and outlets. The banks named in the files were HSBC and Standard Chartered, both listed on the London Stock Exchange, as well as JP Morgan Chase, Bank of New York Mellon and Deutsche Bank.

HSBC specifically is reported to have facilitated the transfer of funds around the world by criminals linked to an $80 million Ponzi scheme that targeted small, often poor, investors in Asia and Latin America. Sam Tate, head of white collar crime at law firm Reynolds Porter Chamberlain (RPC), is quoted in The Times newspaper as saying that the leak could lead to another wave of huge fines and expensive compensation payouts. He stated:

“This leak could lead to a flurry of legal claims against UK banks by the victims of fraud.”

HSBC was slapped with a $1.9 billion fine in the US for failing to implement strict enough risk controls when allowing Mexican drug cartels to bank with them in 2012. The deferred prosecution agreement around that case lasted until 2017.

The Standard Chartered share price also plunged by 5% yesterday after the documents appeared to show it continued to move cash for Jordan’s Arab Bank for over ten years after it was found that accounts at the bank had been used to fund terrorism.

In both the UK and USA, banks are responsible to file reports on any client activity they flag as suspicious. These reports can then be followed up by law enforcement agencies. But banks are not automatically obliged to refuse transfer requests or stop dealing with clients, though some do in situations deemed to risky. There are also cases where law enforcement agencies may specifically ask banks to continue to service certain clients, allowing them to be monitored and further investigated for fraud and money laundering.

HSBC’s response to the leaks read:

“We do not comment on suspicious activity reporting. All of the information provided by the ICIJ is historical and predates the conclusion of our deferred prosecution agreement in 2017. HSBC is a much safer institution than it was in 2012.”

Standard Chartered also responded that its own SARs approach was “working as intended” and that “monitoring and investigations work has contributed to the conviction of criminals”.