The HSBC share price has fallen 1% today as it was announced the bank has been fined £63.9 million for being found guilty of money laundering failings. While the share price slide today may have had more to do with London-listed banking stocks giving up much of yesterday’s gains from a surprise BoE interest rates rise, the verdict that led to the fine causes the bank acute embarrassment.

The Financial Conduct Authority, the UK’s financial services regulator, found HSBC guilty of “multiple failings” over an eight-year period it says may have protected criminals from financial networks funding terrorist organisations to fraudsters and cybercriminals. 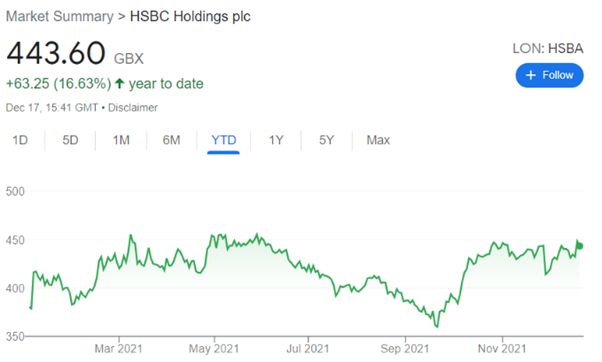 One of the flaws in HSBC’s UK anti-money-laundering systems uncovered by the FCA was a “glitch” in software that meant an account holder’s spending activity would have had to have risen by 500,000% to raise an alarm. Over a period in 2011, HSBC’s computer systems “suppressed” reporting of suspicious activity in Wales. An estimated 89,000 unusual transactions processes by customers over that period were not looked into.

Evidence of suspicious activity on the accounts of a company director subsequently jailed for VAT fraud, and that of a cigarette smuggler, also now in jail, also went unflagged.

Of particular embarrassment to HSBC is that the string of failings between 2010 and 2018 were all made on the same Camp system that saw it fined a record $1.9 billion in the USA in 2012. Then, US regulators concluded the bank’s failings had helped Mexican drugs cartels launder money. The verdict led to a period of several years for which HSBC had to submit itself to an independent monitor as part of probation terms with the US Department of Justice.

However, HSBC is not the only bank to find itself in hot water over money-laundering failings this week. On Monday NatWest was fined £265 million for its failure to prevent a money-laundering scheme across multiple branches involving cash deposits carried into banks in bin bags.

The FCA said the fine would have been as high as £91.4 million if it hadn’t been for HSBC’s cooperation in its investigation and instigation of a wide-ranging and large scale remediation programme.

“HSBC’s transaction monitoring systems were not effective for a prolonged period despite the issue being highlighted on numerous occasions. These failings are unacceptable and exposed the bank and community to avoidable risks, especially as the remediation took such a long time.”

For its part, an HSBC spokesperson stated on behalf of the bank:

“We are pleased to resolve this matter, which relates to HSBC’s legacy anti-money-laundering systems and controls in the UK. As is well known, in 2012 HSBC initiated a large-scale remediation of its financial crime control capabilities. More recently, as the FCA recognised, HSBC has made significant investments in new and market-leading technologies that go beyond the traditional approach to transaction monitoring. HSBC is deeply committed to combating financial crime and protecting the integrity of the global financial system.”