Ping An, the Chinese insurer that is HSBC’s biggest investor with a 9.2% stake, has called on the UK’s largest banking group to break itself up. Ping An has been gradually building up its stake in HSBC since 2016 and is now the bank’s most influential shareholder.

HSBC is listed in London and has always had a strong British connection since being founded by the Scottish banker Thomas Sutherland in Hong Kong, then a British colony, in 1865. Within a month the bank had also established a presence in Shanghai to take advantage of trade between the two regional powerhouses. 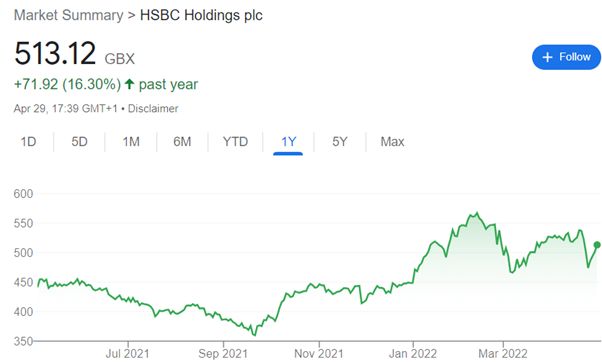 Despite being technically a European banking group by virtue of its UK domicile, the larger part of HSBC’s business has always been in East Asia. It is believed Shenzhen-based insurer Ping An wants the group to split its Asian operations off from the rest of business because the former could achieve a much higher valuation as a purely Asia-focused bank.

Reports also suggest the insurer is concerned HSBC’s valuation and strategy is suffering from being caught up in deteriorating relations between China and the West. A separate Hong Kong-headquartered and traded bank would no longer have the same conflicts of interest as the London-headquartered banking group. And HSBC’s Asian operations are also its most profitable and often help support poor performance elsewhere, which drags on the bank’s overall value.

In recognition of the greater strength of its Asian presence, HSBC chief executive Noel Quinn has been further aligning the group towards the region. However, the strategy coinciding with Beijing ignoring its pledge to maintain Hong Kong as a capitalist democracy until 2034 has been controversial. Two years ago Beijing effectively abolished the “one country, two systems” accord signed with the UK when Hong Kong was returned to China in 1984.

HSBC chief financial officer Ewen Stevenson argued over the weekend that strong results posted by the bank last week did not support Ping An’s calls for a split, commenting

“we don’t think a break-up of the bank makes any sense at all.”

The bank itself commented through a spokesperson:

“HSBC has a regular programme of engagement with all our investors and is committed to maximising value for all our shareholders. We believe we’ve got the right strategy and are focused on executing it.”

Ping An has not publically commented since being revealed as the major investor pushing for a split. Strong quarterly results will presumably do little to allay fears of what the consequences for HSBC could be if diplomatic and economic relations between China and the West were to deteriorate significantly in coming years. For example, if China were to step up moves to return Taiwan to the fold against the wishes of the independent territory’s population.