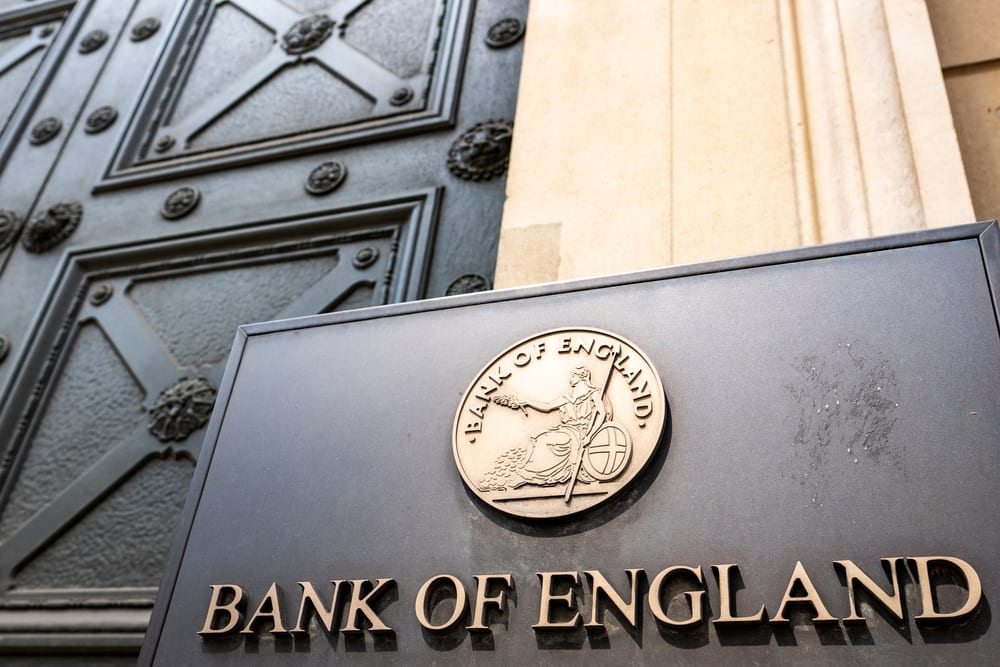 An “influential group of MPs” is reportedly applying pressure to the Bank of England to evolve its investment strategy with the warning its major investments in oil and gas bonds represent a “moral hazard”. With Britain’s government policy committed to climate change efforts, the group believes the country’s central bank retaining debt issues by oil and gas companies as a major pillar of its investment strategy risks undermining those efforts.

The pressure group of MPs from the Commons’ environmental audit committee have written to Bank of England governor Andrew Bailey to communicate their concerns. Their warning comes in the lead-up to this year’s United Nations’ COP26 climate conference, due to be hosted by Britain in November.

It’s not the first time that the Bank of England has been urged to review its corporate bond purchasing scheme. The central bank owns bonds issued by oil majors including London-listed BP and Shell, as well as debt sold by the French oil and gas giant Total. The debt was purchased as part of the Bank’s quantitative easing measures designed to stimulate the economy.

The investments are believed to have been made at different points, such as in the wake of the 2008-09 financial crisis, as well as more recently during the Bank’s efforts to prop up the economy during the Covid-19 pandemic. In June the Bank admitted its bond portfolio was not aligned to the Paris climate agreement, which targets limiting global warming by 2100 to below 2 degrees. It is instead aligned with a 3.5C warming of global temperatures by 2100, compared to pre-industrial levels.

The UK sees itself as taking on a global role as a leader in the fight against climate change and the Glasgow-hosted COP26 is seen as a platform to stepping up to that position. In 2019 the UK enshrined into law a commitment to reduce greenhouse gas emissions to net zero by 2050.

In its letter to the Bank of England governor, the Conservative MP Philip Dunne, who chairs the Commons’ environmental audit committee, a cross-party working group, wrote:

“The Bank is at risk of creating a moral hazard by purchasing high-carbon bonds and providing finance to companies in high-carbon sectors without placing any conditions on them to make a transition to net zero.”

“We believe the Bank’s remit is already explicit in giving it recourse to consider the financial stability risks of climate change. The Bank must begin a process of aligning its corporate bond purchasing programme with Paris agreement goals as a matter of urgency. It must do this before COP26 to avoid undermining UK diplomatic leadership on climate change.”

The Committee’s letter also expressed the opinion that future Bank loans, such as the coronavirus bailout scheme which has issued British companies will millions in low-interest credit, should come with the condition recipients publish their exposure to climate change risks:

“In future, the Bank should require large companies receiving millions of pounds of taxpayer support via the Covid corporate financing facility to publish climate-related financial disclosures in line with the government’s Green Finance Strategy”.

“The Bank should also write to all the companies that have already received CCFF loans to remind them that the government’s Green Finance Strategy expects to see all listed companies and large asset owners publish disclosures by 2022.”

Financial support for companies during the pandemic regardless of their environmental credentials is a point Mr Bailey felt the need to specifically defend back in November, stating:

“In the face of such an emergency, it was not right to say to people that they would be denied a livelihood because their employment was of the wrong sort for the climate.”

A Bank of England spokesperson confirmed the Bank would respond to the committee’s letter in full. He expressed solidarity with its sentiment, responding:

“Climate change is a strategic priority for the Bank. As the governor told the Treasury select committee in November, work to consider how best to take account of climate considerations in our corporate bond portfolio is under way at the Bank.”

A little over a week into 2022 we’ve already experienced some major market movements.... END_OF_DOCUMENT_TOKEN_TO_BE_REPLACED

One of the FTSE 100’s current disadvantages, when it has come to attracting international... END_OF_DOCUMENT_TOKEN_TO_BE_REPLACED

Did you know you could build wealth by investing in Lego? A study suggests... END_OF_DOCUMENT_TOKEN_TO_BE_REPLACED

With most major stock markets around the world spending time at or near record... END_OF_DOCUMENT_TOKEN_TO_BE_REPLACED

For years, Baillie Gifford’s technology funds have been driving outsized returns for the mainly... END_OF_DOCUMENT_TOKEN_TO_BE_REPLACED