Most of the world’s investment capital is held in the stock of companies known as ‘large caps’. What qualifies as a large-cap varies from country to country but in the USA, the world’s largest stock market, the term refers to companies worth over $10 billion. Here in the UK, ‘large cap’ usually means companies that are components of the FTSE 100 – the benchmark index of the 100 (it’s actually usually 99) largest firms listed on the London Stock Exchange.

The concentration of capital gets even more extreme at the top. Apple is worth $2.08 trillion, which is almost half the combined value of every single company listed on the London Stock Exchange at $5.39 trillion (£3.88 trillion). The five most valuable companies on Wall Street – Apple, Amazon, Microsoft, Alphabet and Facebook, are worth a combined $8.3 trillion – far more than the total value of every company listed in London.

Investors like large companies because they tend to be a relatively safe bet. And it’s not hard to see why – large caps have so much more money at their disposal than anyone else once they have earned a dominant market position they are hard to shift.

It’s not that there isn’t economic mobility in public markets. Large companies often lose ground over time despite their financial advantage by becoming inefficient or failing to reinvent themselves. They are then replaced by smaller, nimbler competitors who themselves then become huge companies with all the advantages and disadvantages that entails.

Sometimes new giant companies are created by advancements in technology creating new markets. Of the current five largest public companies in the world, only Microsoft and Apple existed before the 1990s. Facebook is 17 years old.

It’s not even that all of the companies that used to be the largest in the world got any smaller. Many are now much larger than they were 20 or 30 years ago. It’s just that the largest internet and tech companies created entirely new markets they hold near-monopolies in.

But the biggest companies at any given moment in time have enough resources at their disposal that if and when they do fall into long-term decline it tends to be a drawn-out process, usually unfolding over years. Investors with their finger on the pulse have time to spot the rot and get out.

Capital markets value the low volatility in the share price of the largest companies because it affords more time to react. Big companies do occasionally collapse, Lehman Brothers a famous example, but it’s a rare event. Large companies can also recover from the kind of blow that would send any other firm under. For example, BP after the catastrophe of the Gulf of Mexico Deep Water Horizon oil spill.

But despite all of the advantages of investing in large caps, riskier more volatile mid and small-cap investments can offer better long term returns. The logic is simple – when a company is smaller it has much more potential to grow if does well. 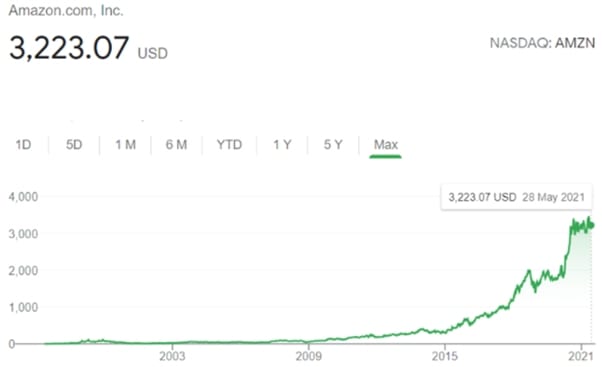 Of course, the chances of spotting and buying shares in the next Amazon as it starts its journey as a public company are relatively small. But investors who are willing to do some research and spread their risk have a reasonable chance of picking some big winners.

And for investors who don’t trust themselves to pick individual small-cap stocks wisely following a mid or small-cap index can also be a good investment. Over the long term, the FTSE 250 of mid-caps (the index’s components are the 250 next largest companies on the London Stock Exchange after the FTSE 100) has outperformed the large-cap FTSE 100 index.

Over the past decade, the FTSE 250 has returned 105% compared to a FTSE 100 return of just 52%. The UK’s Small Cap index has returned 93% over the same ten years, also outdoing the benchmark large caps index.

Even during the pandemic, when it might be expected the largest companies with the most access to emergency resources would fare best, smaller companies listed on the London Stock Exchange have outdone their larger peers. Over the first year of the pandemic, between March 2020 and March 2021, the FTSE 250 lost 3% of its value, the FTSE Small Cap 7%, and the FTSE 100 9%.

The case is different in the USA, where the largest companies are mainly technology companies that largely benefitted from the pandemic and accelerated shift to a more digital economy. But the evidence in favour of investors, especially younger investors a long way from retirement and able to take a little more risk with a long term horizon, putting at least some of their portfolio into mid and small caps is compelling.

And right now might be a good time to start. Hannah Edwards of Eva Capital Management is quoted in The Times as saying:

“For long-term investors, looking at smaller businesses makes great sense right now. Selectively buying small companies during a recession means that you pick up well-priced stocks at a time when they are about to, hopefully, start an upward trajectory. The profit you can earn in backing these sorts of businesses can really add to the overall performance of a well-balanced portfolio”.

“Innovation is particularly prevalent in small business, and governance and management buy-in is high as the people running the company often have their whole life invested, financially and non-financially.”

Promising sectors to look at for small and mid-cap winners

Of course, there are likely to be promising smaller companies across all industries and sectors. But some sectors look particularly appealing.

The video gaming sector is currently one of the most interesting in the world and was globally worth almost $200 billion in 2020. It’s far bigger than both the music and home entertainment industries combined and is expected to see strong growth continue for the foreseeable future.

One example of an interesting smaller company in the video game space is AIM-listed  Worms creator Team 17. 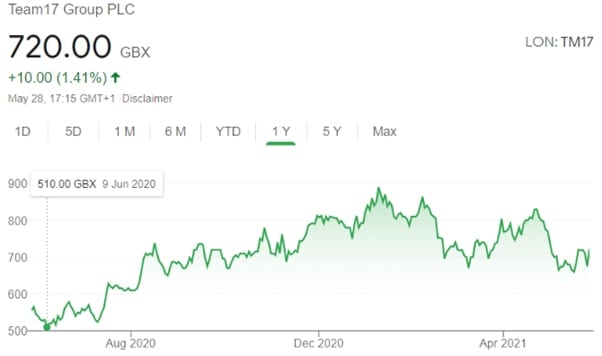 Its share price is up over 30% for the past 12 months and had gained over 75% at one point. After a recent drop, it could be interesting at the current valuation.

Another gaming company that looks very interesting at the moment is Games Workshop, which sells tabletop figures for fantasy role play games and the board games themselves. 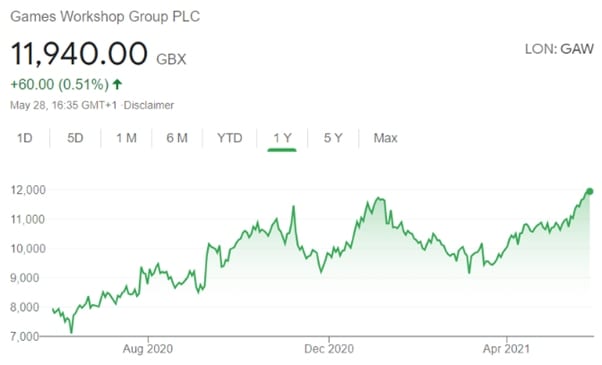 Its value is up 50% over the past 12 months and there is evidence to suggest it will retain much of its newfound popularity after the pandemic ends thanks to a new generation of fans.

Smaller market research companies have also done well recently. YouGov is up around 50% over the past 12 months and financial markets data company MSCI over 40%. There are some interesting US-listed mid-caps in the industry too, like Verisk Analytics. It has had a volatile year but has been over 20% up at times and heading back in that direction now. One of its products is software that can identify if a life insurance applicant is a smoker from just one short voice recording.

Asia and emerging markets are another interesting option for small and mid-cap investors. While valuations have risen in recent years they are generally still priced more attractively than alternatives in Europe and North America in the context of their growth outlook.

Most investors probably wouldn’t feel comfortable making individual stocks picks of smaller companies from more exotic locations like Asia when they have probably never heard of many of them. But there is a reasonable choice of funds focused on Asian mid and small-caps so do a bit of research on those and you will probably find a good fit.

The case for investing in social housing: an ethical alternative to bonds with better upside?

The private equity sector and cash-rich firms that comprise it split opinion. Some view... END_OF_DOCUMENT_TOKEN_TO_BE_REPLACED

At the end of August, The Times newspaper reported on two real estate funds,... END_OF_DOCUMENT_TOKEN_TO_BE_REPLACED

The Covid-19 pandemic has famously seen many sectors of the economy fall into two... END_OF_DOCUMENT_TOKEN_TO_BE_REPLACED

Britain, like most of the world, has traditionally been a country of milk and... END_OF_DOCUMENT_TOKEN_TO_BE_REPLACED