Investment in UK Stock Market Booming Despite or Because of Brexit as FTSE 100 Hits New High? 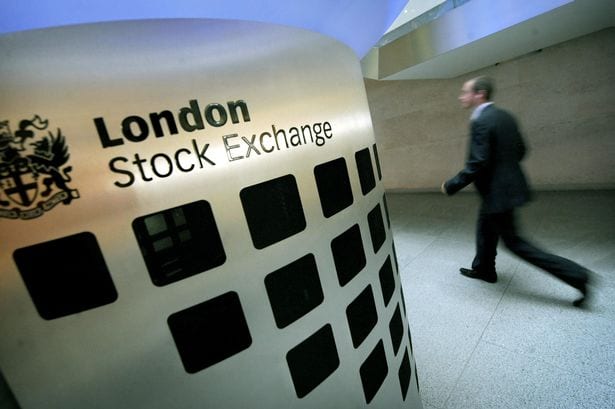 Both the internationally-facing and more domestically focused FTSE 100 and FTSE 250 indices of the London Stock Exchange (LSE) hit new highs yesterday. The FTSE 100 gained 0.3% and the FTSE 250 0.41% as it marked its 25th anniversary. The respective gains mean that the largest 100 companies on the LSE by market capitalisation have shown a 25% increase in value since their post-Brexit referendum sell-off and the next 250 by market cap have gained 35%.

The record highs came against a backdrop of a statement by the EU’s chief Brexit negotiator, Michel Barnier, who said that negotiations on the UK’s ‘divorce bill’ from the European block were stuck in deadlock. In fact, both the FTSE 100 and FTSE 250 embarked upon bull runs immediately following the Brexit referendum that have continued almost uninterrupted since the Brexit referendum’s shock result. The same can be said of the FTSE All-Share Index which includes every company listed on the LSE-proper. Even the LSE’s sub AIM exchange for smaller companies that don’t meet the requirements for a full listing has seen the same pattern of growth.

The trend begs the question if the success of UK-listed equities over the past 15 months has been despite Brexit or has transpired as a direct result of Brexit. The most common argument posited in the media is that the fall in the value of the pound since the Brexit vote has fueled recent gains. The majority of FTSE 100 companies derive much of their revenues from international markets and/or are commodities-focused operations whose products are priced in U.S. dollars. This means, so the argument goes, that a weaker pound translates into better earnings when those denominated in other currencies such as the dollar and euro are translated back in pounds on the companies’ accounts, improving the bottom line.

However, while not denying this is likely one factor, it clearly doesn’t explain the whole story. If it were as simple as a weaker pound driving the FTSE 100’s ascent, why has the more domestically-focused FTSE 250 shown even stronger growth? Add into the mix the FTSE All-Share and AIM indices’ similar performances and it becomes clear the weakened pound can’t be isolated as the main driver. There’s also the reality that over most of 2017, the pound has been rising, though not to pre-Brexit levels, without any noticeable negative impact on the FTSE 100. Yesterday’s dip in the pound’s value following Barnier’s ‘deadlock’ comment was also followed by a quick recovery. Equities indices didn’t drop again following that recovery.

The index also strengthened in June 2016 in the run-up to the Brexit referendum as the Remain vote looked to be in front, leading to the pound strengthening. Another weaker pound-linked explanation, which seems more plausible in the context of the whole UK equities market, is that foreign capital has flowed into the LSE, taking advantage of the currency shift. UK equities are comparatively cheaper for foreign buyers due to a double upside based on both the quality of the companies and any future recovery in the pound’s value against rival currencies.

The most recent Office for National Statistics data, from 2015, showed that over 50% of UK-listed equities were under foreign ownership. There are no solid statistics yet on foreign capital inflows into UK equity markets since the Brexit referendum and weakening of the pound, however, it can be speculated this may well be a strong influence.

However, a look at international equities markets provides compelling evidence that much of what has influenced the increased investment in UK equities markets has absolutely nothing to do with Brexit or the pound.

The international equities bull run has been ongoing for some time now despite geo-political turmoil in many parts of the world. Equities markets appear to be largely ignoring politics. Whether this is due to well-grounded optimism around a growing world economy or a bubble is another question we can’t tackle here. Nonetheless, when it comes to investment in UK equities and the ascent of the FTSE 100 and other LSE indices, despite the narrative in the media constantly focusing on Brexit and the pound, the evidence suggests that, in fact, the trend has little to do with either.

U.S. Start-Up Gets Kids Investing in the Stock Market Online

Where to Look for Investment Properties that Follow the London Exodus?

A guide to how to invest in stocks...

Investment opportunities in UK for foreigners

Tips On Investing In Repossessed Property

U.S. Start-Up Gets Kids Investing in the Stock...

A little over a week into 2022 we’ve already experienced some major market movements.... END_OF_DOCUMENT_TOKEN_TO_BE_REPLACED

One of the FTSE 100’s current disadvantages, when it has come to attracting international... END_OF_DOCUMENT_TOKEN_TO_BE_REPLACED

Did you know you could build wealth by investing in Lego? A study suggests... END_OF_DOCUMENT_TOKEN_TO_BE_REPLACED

With most major stock markets around the world spending time at or near record... END_OF_DOCUMENT_TOKEN_TO_BE_REPLACED

For years, Baillie Gifford’s technology funds have been driving outsized returns for the mainly... END_OF_DOCUMENT_TOKEN_TO_BE_REPLACED