Is it time for emerging markets investors to switch out of China and back Indian stocks?

2021 has been a tough year for investors in Chinese stocks which have been put under pressure by a combination of factors. The MSCI China index hit a record high in February but has lost over 30% since then and is down by close to 20% for the year-to-date. 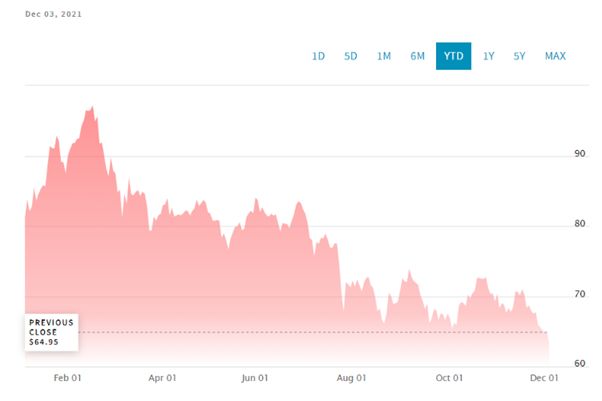 Over the same period, Indian stocks have done very well indeed. The MSCI India index is up around 28% over the year-to-date. By contrast, the UK’s FTSE All Share index has gained 9% this year, the FTSE 100 8.4% and the tech-heavy Nasdaq in the USA has gained a significantly lower 18.8%. Even the S&P 500’s 2021 returns of 22.6% are some way off the MSCI India. 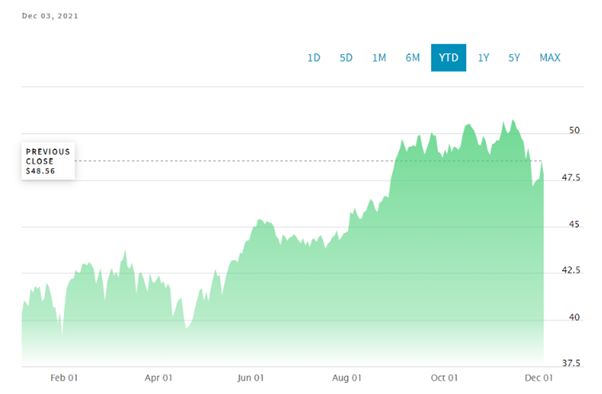 The losses for Chinese stocks and gains for Indian stocks over 2021 can be interpreted in two ways. The first would be to see a buy opportunity for Chinese stocks. That would imply long term faith in China’s private equity markets and a belief recent valuation drops mean there is currently value to be had in China.

The other way of looking at it would be to infer geopolitics, global economic trends and the new policy of China’s authorities to limit the size and influence of the country’s biggest companies means Chinese stock markets have had their day in the sun and could now be entering a long winter. And that India’s economy and private equity markets will remain in the ascendancy, making it the most attractive of the larger emerging markets for investors to have exposure to.

Which is right? Should you be snapping up discounted Chinese stocks or abandoning the market and changing horses to India’s stock market? Let’s take a look.

What’s happened to Chinese equities in 2021?

The biggest factor to have dampened international investor appetite for Chinese stocks is the government crackdown on the huge country’s biggest technology companies like Alibaba and Tencent but extending across the sector. Moves to deleverage huge construction companies like Evergrande have also hit sentiment even if there is tacit recognition that may strengthen China’s financial systems in the longer term by removing a potential major systemic risk.

However, with most international investment trusts and funds focused on Chinese equities heavily exposed to the valuation of China’s biggest technology companies, which comprise a heavy weighting in all major indices, it is their woes that have had the biggest negative impact on returns this year. Three of the biggest China-focused investment trusts, JPMorgan China Growth & Income, Fidelity China Special Situations and Baillie Gifford China Growth, all count the two tech giants within their top three holdings.

Hong Kong-listed Alibaba has seen its market capitalisation almost half in 2021 with losses of 47.5% for the year-to-date. Tencent, also listed in Hong Kong, is down 19.2% this year as a result of moves by regulators to limit the screen time, introduce new data protection laws and require all new apps to receive government approval before they can be published. 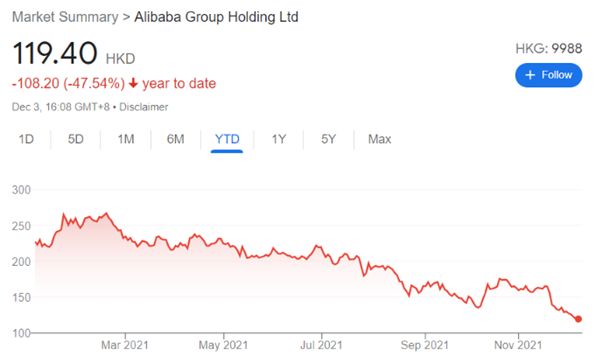 “The reality is that big tech is under the microscope globally because of its growing influence, and the regulatory framework is tightening everywhere. For better or for worse, the difference is that China’s system of government allows it to act faster.”

Of course, for investors considering emerging markets exposure today, the question is less what has caused the downwards pressure on Chinese stocks in 2021 and more whether those influences have already been fully priced in. If they have, moves to the upside may come next. If they haven’t, there could still be more pain to come for China’s private equity markets.

Catherine Yeung, investment director at Fidelity China Special Situations and Asian Values trusts, thinks the latter scenario is likely to be closer to how it pans out, commenting:

“We’re probably moving into the second phase where you’re going to hear continued newsflow around the policy that has been announced. We don’t think we’re going to see any big surprises.”

However, it’s hard to argue Ms Yeung’s position is not compromised by the fact she heads up a fund whose success relies on investors keeping faith in China’s growth story. But flows of capital into, and circulating within, emerging markets funds suggest many investors now see more potential in India’s stock market over coming years. Capital flows like the look of the trends in favour of the economy of the world’s second most populous nation.

Why are investors pouring capital into India?

India has a growing middle class, a much younger population than China and relatively strong rule of law compared to emerging markets competitors. And there isn’t the same kind of geopolitical tension between Delhi and the largest developed market economies like the USA, Germany and the UK as currently sours relations with Beijing.

Indian equities have since dipped, lowering that multiple slightly. But so have Chinese stocks, meaning the gap remains similar to what it was a month ago. The emerging markets average is also a forward price earnings ratio of 13, putting Indian equities well ahead of most rivals in the premium they command.

There is an argument India’s prospects support that premium but it does expose investors to some risk. In November, the share price of the Indian fintech One97 Communication , which owns the popular payments app Paytm, which had recently become the country’s largest ever IPO, fell by over a third during its first two days of trading. Overvalued tech IPOs are one major tell-tell sign of an overheated market. There has, however, since been a 21% recovery from that early low. 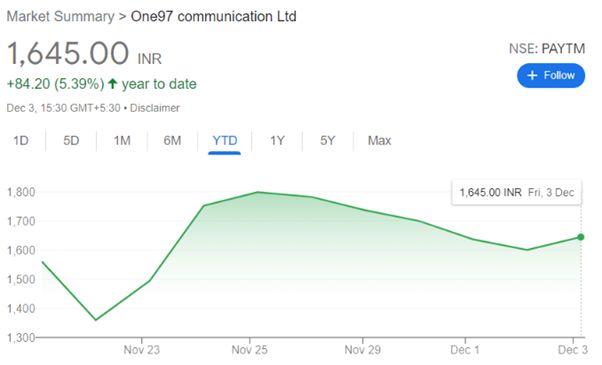 India’s largest companies have also seen strong earnings recovery this year, supported by the rollout of a mass Covid-19 vaccination programme and government policy, including tax reform and state-backed loans that have helped businesses through the pandemic. Those factors offer some kind of buffer for relatively the high current valuations of many Indian large-caps.

India’s mid and small-cap companies are also far cheaper than the country’s large caps. For investors worried that valuations look stretched at the top end of India’s stock market, smaller companies could still be an attractive bet. One trust that offers that option is Ashoka India Equity whose portfolio has an allocation of less than 40% to companies worth over £10 billion. That compares to the 78% exposure the MSCI India index has to Indian large caps.

The latest Omicron variant of the Covid-19 virus could mean more stock market volatility in the months ahead. India may be more affected by that than China, whose strict lockdown policies have largely controlled the day-to-day societal impact in the country and brought infection levels down to levels that are now very low in an international context. But of course, its still manufacturing-reliant economy is heavily influenced by what’s going on in the rest of the world.

Mid-term, the performance of Chinese equities will be heavily influenced by how new government policies actioned over the past year are enforced. And to what extent China withdraws into itself internationally compared to the past few decades as well as international relations, especially with the USA.

India’s stock market doesn’t suffer from the same kind of uncertainty. This is likely a major factor in why emerging markets investors have recently favoured it. A diversified investment in Indian stocks, especially one focused on mid and small-caps, is a bet on the growth of India’s economy over the next decade or so. It’s a bet an increasing number of emerging markets investors have been happy to make.