Is nuclear fusion the key to a clean energy future? The quest to find out is underway 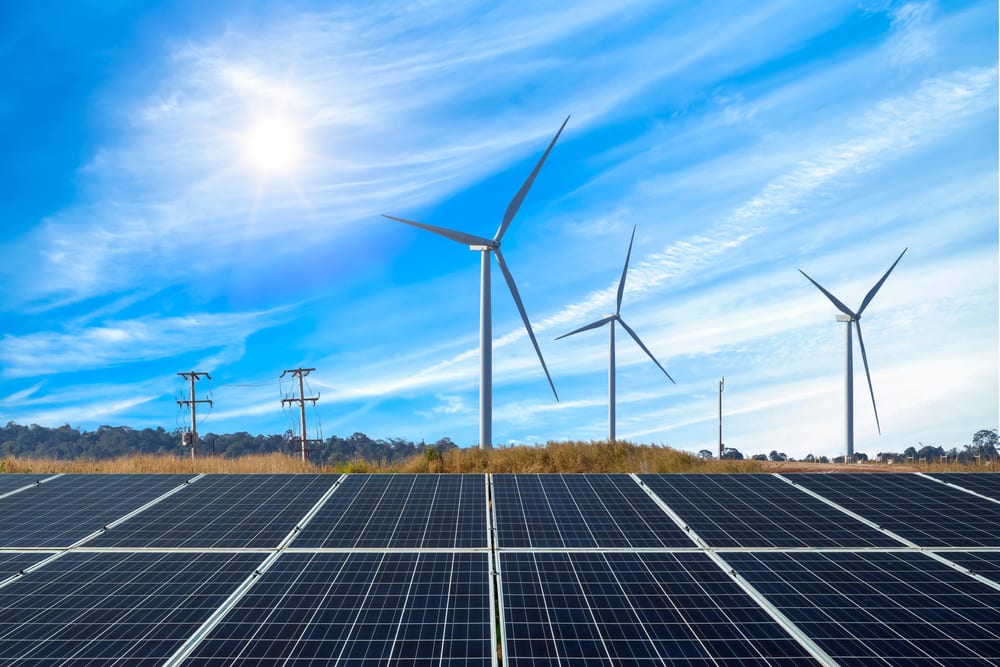 The Paris Accord, signed up to by 196 parties in 2015, and entering into force a year later commits to the pursuit of a ‘climate neutral world’ by the middle of the century – 2050. President Biden’s first act on taking office earlier this year was to recommit the USA to the Accord, from which his predecessor Donald Trump had withdrawn.

The central pillar of achieving net zero carbon emissions globally within less than 50 years is a transition away from fossil fuel energy. That process is already underway with renewable energy sources, primarily solar, wind, geo-thermal energy and tidal, currently being quickly scaled.

The problem with renewable energy production is that the installations that produce it, wind farms (offshore and onshore), solar farms, and the rest, take up a lot of space. Their intrusion onto landscapes is becoming highly visible in the form of giant solar plants that can stretch as far as the eye can see and hilltops dotted with giant turbines.

That expansive physical presence also has an environmental impact by taking up large swathes of space that could otherwise host CO2 feasting and oxygen producing trees and plants. Which also provide habitats for wildlife. Not to mention the grizzly fate that can befall flocks of migrating birds whose hardwired routes can bring them into contact with the huge spinning blades of wind turbines.

But what if there was a way to produce huge amounts of clean energy on a site no larger than that of a traditional fossil fuels-powered plant? That’s the hope of the scientists, and funding, pursuing the holy grail of nuclear fusion.

What is nuclear fusion?

Nuclear fusion is a kind of reaction that promises the prospect of a practically inexhaustible source of energy. Fusion is, says physics, the same reaction that powers stars, including our own sun.

How does fusion work? When hydrogen is heated to a high enough temperature, it turns from a gas to plasma. Within that plasma state, negatively charged electrons separate from the positively charged atomic nuclei (ions). But become positively charged hydrogen nuclei never collide, which is what releases energy. They are kept apart by their strong repulsive electrostatic forces.

But if temperatures are raised to around 100 million Kelvin (hotter than anywhere else in the solar system, including the centre of the sun), hydrogen ions start to move at higher speeds. That creates enough pressure to bring nuclei close enough together to fuse, which releases a burst of energy.

The temperatures required for that to happen are at a level around 10 times hotter than the centre of the sun. Fusion is able to occur within the sun’s core at (still mind-bogglingly high) lower temperatures thanks to stupendous gravitational forces that don’t exist on Earth.

It’s probably quite clear creating energy from nuclear fusion, and then being able to safely contain and harness it for the production of electricity, represents huge engineering, and other, challenges. But those are challenges a number of international projects, including one in sleepy rural Oxfordshire, are now trying to solve.

The Culham Centre for Fusion Energy, located in the 450-residents-strong village of Culham, hosts the Joint European Torus (JET) project. Physicists at the centre have actually been working on trying to understand and control fusion energy since 1983.

This summer the JET team expects to make the biggest advance in fusion energy in decades, when work will start on a fuel mix that hasn’t been attempted in as long. It will combine deuterium (an isotope also referred to as heavy hydrogen) and tritium (a rare and radioactive hydrogen isotope). The result, it is hoped, will be a new record for the production of energy from nuclear fusion.

Hydrogen atoms are heated to the point they fuse about 20 times a day in Culham. The extreme heat needed is achieved by energising, electrifying, and firing atoms at the mix until they fuse. But the last time this was attempted with deuterium and tritium atoms was back in 1997. That experiment produced 16 megawatts of energy, enough to power a small town. But the power surge lasted just 0.15 seconds.

Professor Ian Chapman, chief executive of the United Kingdom Atomic Energy Authority and in charge of the JET research project explains that the team is now confident it can maintain energy output from the fusion for at least 5 seconds.

“We went up to a lot of power and then lost control of it. It came down very quickly. Now we’ve got a lot more control over the field, we can make it last a lot longer.”

The difference comes from years of work spent refining how the fuel is pumped into the reaction chamber. Most of the experimentation has involved only deuterium because tritium’s radioactivity makes handling it complex. And its pricey at £70,000 a gram. This summer’s experiments will use 60 grams of tritium, at a cost of £4.2 million. At least it can be recycled.

It is hoped the experiment will prove the principal that a subsequent and much larger experiment will be based on. Scale is needed to prove nuclear fusion can produce more energy than the vast quantities required to catalyse it. When JET’s 1997 experiment with the same fuel mix produced 16MW of power, it was still a net minus because 24MW was required as input to heat the hydrogen particles to the temperature at which they fused. When Culham fuses atoms it has to call the National Grid in advance, such is the amount of electricity input needed. With scale, the energy produced would be more than the input. Chapman explains:

“In a small nuclear reaction, a lot of energy escapes from the centre of the gas ball to the edge, in the form of heat, where it has to be safely removed. There is a lot of waste. A bigger reaction retains more energy within the gas ball.”

The bigger experiment will involve a larger version of the JET machine a Culham that has been constructed at a site in Provence, France. The machine has been called Iter, Latin for “the way”, and has been funded by 35 countries at a cost of £20 billion. It’s the world’s most expensive science experiment.

The size of Iter, it is thought, will allow it to achieve efficiencies beyond the smaller JET. Champan says an input of 50MW is expected to yield 500MW of energy. According to Chapman, the 450MW surplus would be enough to power a city roughly the size of Leeds or Liverpool.

It will be another five years before Iter will be completed. In the meanwhile, it is hoped the experiments conducted in JET at the Culham Centre will have proven the physics work. Chapman says the aim is for nuclear fusion reactors to be pumping huge volumes of energy into the grid by “the early 2040s”.

“It takes time. The wind turbine first produced electricity in the 1880s. It didn’t happen overnight.”

But if nuclear fusion does work and is in commercial operation by the 2040s, the vast stretches of renewable energy generating technology spreading over the planet as we speak may only be needed for another few decades. Those turbines might not be troubling migrating birds for long.

Deliveroo to price its IPO at bottom end of range for £7.6 billion valuation