Is ‘Plant-Based Meat’ A Trend To Consider Investing In?

Early investors in Beyond Meat, the Californian plant-based meat company whose share price has rocketed since its IPO, have undoubtedly done very well out of latest food technology trend. Having initially been priced at $25 during its IPO, Beyond Meat’s shares rose to highs of $201 in the period after they floated on the Nasdaq exchange. They’ve since dropped back to around $175 but few early bird investors will be complaining too loudly.

There are several other well-funded plant-based meat start-ups, including Impossible Foods, the Beyond Meat rival similarly backed by a host of celebrity investors. It’s still a private company but there are rumours an IPO might not be a long way away. The big food products conglomerates have also not missed Beyond Meat’s stunning market success. Nestlé and McDonald’s, the world’s biggest food and restaurant businesses respectively, have joined forces to develop their own plant-based faux beef burgers.

Nestlé has already launched its first product, the plant-based ‘Incredible Burger’, which is sold in Europe under its Garden Gourmet brand and it’s also available in 1500 McDonalds restaurants in Germany. UK-based McDonalds restaurants are expected to start offering the burger before the end of the year, though no official timeline has been set.

Over the years ahead the market is expected to continue growing with a now significant section of consumers keen to substitute traditional meat products for plant-based alternatives that are better for the environment and don’t involve mass meat farming. Barclays Bank analysts are forecasting a plant-based meat market worth £110 billion within a decade.

As an investor, that’s the sort of major trend that could represent a serious opportunity. But of course, as always, it’s all about backing the right horses. Not every competitor that enters the fray will be a long-term success. So what are the options available to investors keen to gain exposure to the plant-based meat market?

The first, perhaps most obvious, option is to buy shares in Beyond Meat. However, considering the spectacular gains the stock has already seen over its first couple of months of trading, that has to be considered to entail a relative level of risk for anyone considering buying now. Peers, possibly Impossible Foods, will undoubtedly come to market over the next months and years but the runaway success of Beyond Meat is likely to mean aggressively priced IPOs. And that will also mean the market becoming more competitive, squeezing margins.

Another option is large, more diversified companies with exposure to the plant-based meat market. Nestlé and McDonalds would be two examples already mentioned, as would Greggs, the UK-based bakery whose share price has received a big boost from the success of its introduction of vegan-alternative sausage rolls. 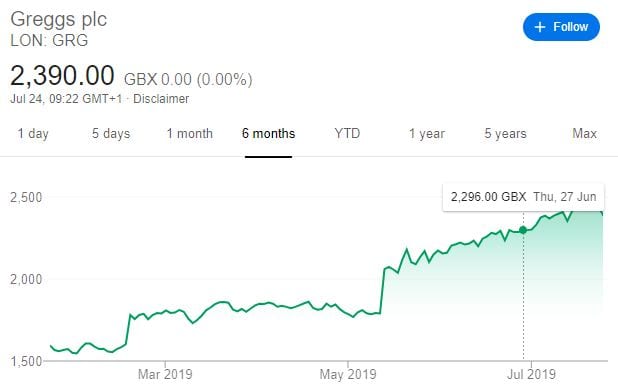 The downside to investing in these companies is that plant-based meat products are only one small component of a much bigger business. So exposure to that particular market is diluted by the overall performance of the wider business. And for investors motivated by environmental concerns and animal welfare ethics as much as returns, vegan meat alternatives sit side by side with traditional meat products. There are very few pure vegan or even vegetarian food companies listed on international stock markets.

A third option, and one that avoids less experienced investors having to take the risk of picking individual stocks themselves, are vegan and vegetarian-friendly ethical funds. These funds only invest in companies with no involvement in either the meat or meat and dairy industries. Most also shun companies involves in fossil fuels, mining and other environmentally damaging activities. Examples include the Kames Ethical Equity fund, Janus Henderson Global Sustainable Equity, the Stewart Investors Worldwide Sustainability fund and the Royal London Sustainable Leaders Trust.

Ethical investment funds don’t even necessarily need to mean compromising returns. With the exception of the Kames Ethical Equity fund, those mentioned have all outperformed their Investment Association sector averages over the past year and five years.