Is The Hut Group set to become the UK’s first genuine tech giant? 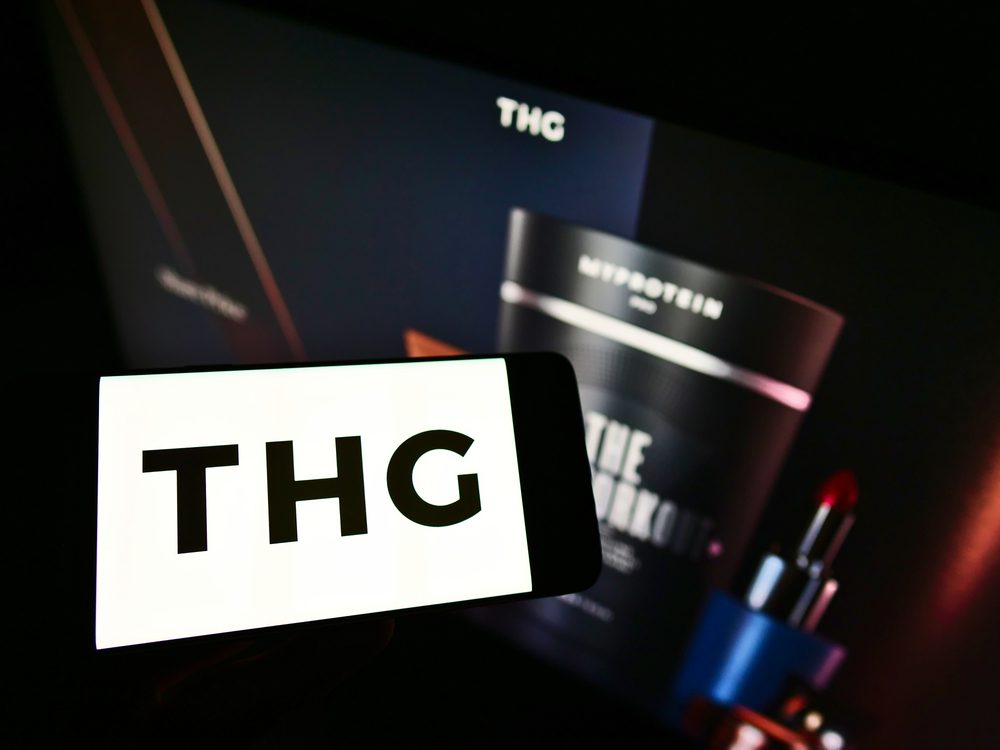 It’s almost exactly a year since the British e-commerce company The Hut Group (THG) went public through an IPO that raised £1.88 billion and valued it at around £5.4 billion. It was the largest UK IPO since 2015 and the company, thanks to the boost given to the e-commerce sector by the Covid-19 pandemic, is now worth £7.25 billion despite a shaky 2021 that has seen its value decline by around 25%.

This week THG unveiled a new growth strategy. It is to spin out its beauty division, which accounts for 48% of group revenues, as an independent public company with its own listing. The move is planned for next year and comes after THG Beauty, which includes the cosmetic brands Espa, Perricone and Illamasqua and online platforms Look Fantastic, Dermstore and Cult Beauty, grew its revenues by 59% in a year to £460.8 million.

It’s definitely not nailed on and there are so many variables that could and will influence the company’s growth over the next few years to decade but I have a sneaking suspicion The Hut Group could go on to be one of the UK’s biggest companies. And potentially and eventually scale heights no UK company every has before to become a true tech giant.

Perhaps not quite on a par with the absolute tech behemoths like Apple, Microsoft, Alphabet, Amazon, Tencent and Alibaba. Though who knows? Nobody would have thought Amazon had the potential to be worth trillions when it launched as an online bookstore. But it’s a company I get the feeling has the ambition, and leadership in founder and CEO Matt Moulding, to make it into the realms of the hundreds of billions.

Let’s take a look at why.

THG was founded in 2004 by Matthew Moulding and John Gallemore. It originally sold DVDs online and then ran websites for the supermarkets as they made their first tentative steps into online shopping.

The company now runs 300 separate websites and has built a technology logistics business, THG Ingenuity, that helps other brands to sell online. The business has 10,000 employees and 31 million customers. THG Ingenuity accounted for 9 per cent of group sales during the first half after growing by 42.5% to £85.8 million. The company’s nutrition business, built up around the MyProtein brand, increased turnover by 30.2% to £328.4 million.

This week it was also made clear, despite it also being stressed there is not currently any firm plan,  THG Nutrition could also be spun out as an independent listed company. And back in May, a deal was closed with Japanese tech investment giants Softbank, give them the option to acquire 19.9% of THG Ingenuity. The option values the technology platform business, as a stand-alone venture, at $6.3 billion.

It marks a change in strategy to the one that was sold to IPO investors last year. One they can do little about if they disagree with it because Moulding created a dual-class share structure that means he still controls the company despite now holding a minority equity stake. His shares come with more votes and basically mean he can vote through whatever he wants to, within corporate governance law.

Right now, Moulding wants to maximise the value of the group’s businesses by separating them out. He is determined to build THG Beauty into a global leader in its sector and plans to do that via an aggressive acquisitions spree. And he thinks current investors will “punish” the kind of multiples that will need to be paid, up to x6 annual sales, to make quality acquisitions.

So Moulding is giving those investors the chance to get out if they don’t like the plan, replaced by others ready to take a risk and shoot for the stars. THG will keep a stake in THG Beauty but otherwise

“we’re not going to force anyone into taking the new shares.”

Moulding is also convinced THG Ingenuity has been undervalued until now and was significantly so at the time of the IPO last year:

“Some people thought it was tiny, or unproven, or irrelevant and couldn’t see the scale potential of it and so on. We make 70 per cent profit margins on the business and what we have done over the last 12 months has really brought it to the fore.”

THG Ingenuity is designed to provide consumer brands with everything they need to sell online from providing social media marketing tools, a network of 26,000 influencers, to website design, payment and fraud checks to the logistics of warehousing and distributing goods.

As e-commerce grows, the potential market size for Ingenuity is colossal. And THG also retaining stakes in what could become globally dominant e-commerce businesses in their sectors is also quite possibly underestimated.

The company has proven its ability to be hugely and brutally competitive in taking online market share across the verticals it has entered so far. If it can repeat that trick over several more, and this writer thinks it quite possibly can, THG could become the UK’s first real ‘Big Tech’ company.

In June, new data from Dealroom and Tech Nation confirmed that the UK had reached the milestone of being home to 100 tech unicorns – tech companies worth at least $1 billion. It means that

Tech Nation remarks on the positive UK trend of a strengthening pipeline of successful, valuable tech start-ups with:

The UK is way ahead of European rivals Germany (42), France (22) and the Netherlands (18) when it comes to the number of tech companies valued at $1 billion or more we are producing. In fact, only the USA and China are ahead of us.

The problem is between the top two and third in the international tech unicorns league table, the gap is vast. As of early September 2021, China had 170 tech unicorns. But even that 70% China has on the UK pales in comparison to the space between the growing tech power and the established titan of tech unicorns that is the U.S.

Over 1000 unicorns have come out of the U.S. since 1990. This year alone, it created 275 new unicorns — nearly as much as Europe, including the UK, has in the past three decades.

However, when it comes to the valuations of their biggest technology companies, the gap between the best and the rest is more yawning than it is when company numbers are considered. The UK also leads the way when it comes to decacorns after the USA and China, with 12.

Worldpay was sold for $41.3 billion in 2019 and semiconductor company Arm was recently sold by Japanese conglomerate Softbank to Nvidia, its U.S. competitor for $40 million. Neither are currently owned by UK-based entities.

Revolut, the still-private UK-based fintech company is currently the country’s most valuable tech unicorn, worth $33 billion at its most recent capital raise this summer. London-listed Ocado is valued at $20bn, while Farfetch and Checkout.com are valued at $16.7bn and $15bn respectively.

All big companies and worth a lot of money. But not even close to the larger tech companies in both the U.S. and China. Apple is worth $2.43 trillion, Microsoft 2.47 trillion and Amazon $1.77 trillion. The largest Chinese company, Tencent, is worth roughly $773 billion and Alibaba $657.5 billion.

Can The Hut Group, currently worth a little over £7 billion ($9.97 billion), grow into a company worth hundreds of billions?

Moulding certainly has that ambition. He is trying to evolve THG into something that resembles a sophisticated version of Amazon, with a central hub surrounded by publicly quoted satellites.

The next exciting tech product THG has developed and expects to be worth billions is FIR/ST (fulfilment and inventory retrieval storage technology). It’s a tech platform offering a single cross-border distribution system handling all types of fast-moving consumer goods and currently has no real competitor.

A traditional look at THG’s revenues and profits is not enough to back this company to make it big. Doing so is certainly an act of faith in Moulding. But that’s not gone badly for Tesla investors. At the current share price, and based on the valuation Moulding convinced Softbank to pay for an option to take a chunk of Ingenuity, there could well be significant upside as the company spins its units out.

It’s a long shot but I think that could act as a catalyst that catapults THG into the tech big leagues and mean it is the biggest company in the UK ten years from now. And I think the downside potential at this company’s current share price is a lot lower than traditional multiples might suggest. That’s not a bad starting position for a moonshot investment.

How does the cliched inspirational quote go?

“Shoot for the stars and aim for the moon”.

But it is true that clichés become clichés because they have more than a grain of truth. THG is the lucky dip investment I’m shooting for the stars with.

A little over a week into 2022 we’ve already experienced some major market movements.... END_OF_DOCUMENT_TOKEN_TO_BE_REPLACED

One of the FTSE 100’s current disadvantages, when it has come to attracting international... END_OF_DOCUMENT_TOKEN_TO_BE_REPLACED

Did you know you could build wealth by investing in Lego? A study suggests... END_OF_DOCUMENT_TOKEN_TO_BE_REPLACED

With most major stock markets around the world spending time at or near record... END_OF_DOCUMENT_TOKEN_TO_BE_REPLACED

For years, Baillie Gifford’s technology funds have been driving outsized returns for the mainly... END_OF_DOCUMENT_TOKEN_TO_BE_REPLACED