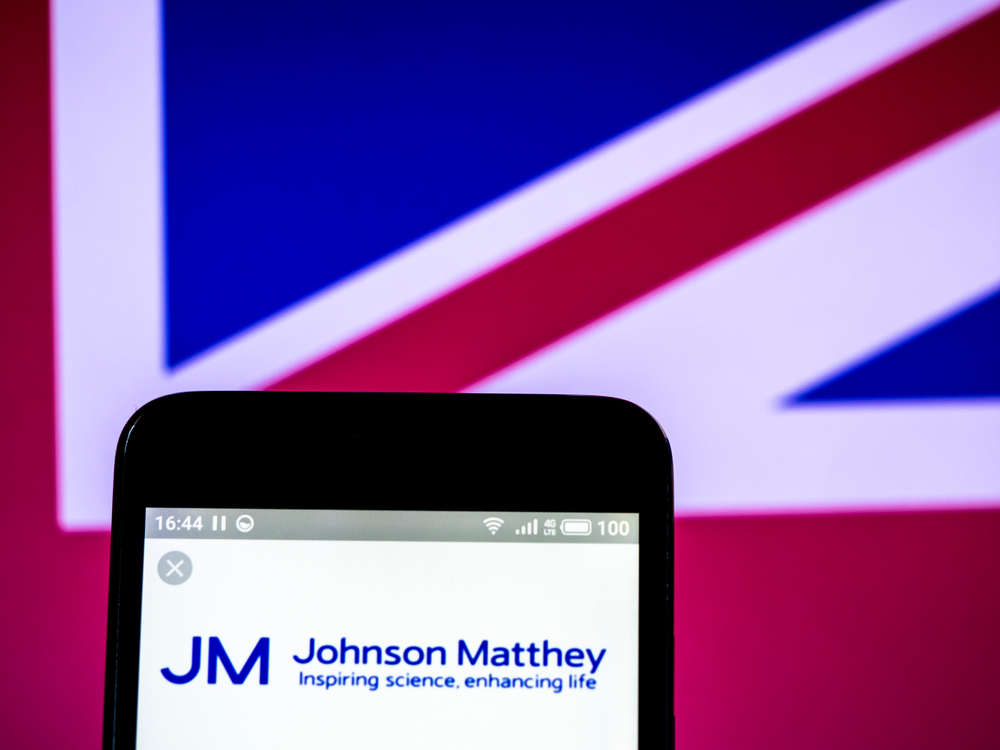 The share price of Johnson Matthey, the FTSE 100 chemicals giant, has taken a battering over the past few days to drop almost 18% this week after the company announced it is abandoning its programme to develop electric car batteries. The decision to discontinue the eLNO programme that was developing batteries from a lithium nickel oxide solution is a huge strategic u-turn for the company. Hundreds of millions of pounds have been poured into the quest for battery technology that would allow electric vehicles to travel for hundreds of miles on a single charge while being commercially viable.

The extent of the failure, Johnson Matthey’s decision to cut its losses on the programme is a result of an acceptance rivals in lower cost economies in Asia have won the technology race, means chief executive Robert MacLeod also announced he will depart the company. He has been in charge of the company for eight years and on Wednesday told investors “the time is right for me to move on”. 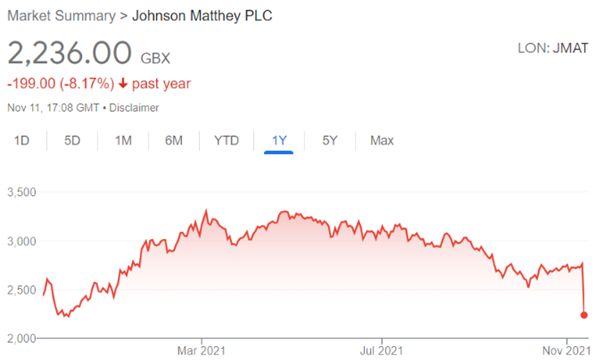 That decision appears to be tacit acceptance that accountability for the strategic wrong turn the eLNO programme now clearly represents ultimately falls to MacLeod. He will be replaced by Irishman Liam Condon who will take over from MacLeod next March. Condon’s current position is head of crop science for the German chemicals giant Bayer. Condon has previously worked with Johnson Matthey chairman Patrick Thomas who was previous chief executive of plastics group Covestro, which used to be known as Bayer Material Science.

Johnson Matthey’s failed pursuit of EV batteries technology is not the first pivot the company has made throughout its long history, though most previous major strategic shifts were more successful. The company was established in the 19th century with operations in gold and precious metals markets. By the middle of the 20th century, the company had moved into advanced materials with its products used in groundbreaking science and technology developments including Nasa’s manned trips to the moon, catalytic converters and cancer treatments.

As recently as April things seemed to be going well for eLNO with MacLeod announcing plans for a second battery plant in Finland, near Europe’s nickel mining heartlands. Against that backdrop, this week’s statement represents one of the biggest and sudden strategic reversals by a major industrial company in recent years. MacLeod told investors:

“It has become clear that our capital intensity is too high compared with other more established large-scale, low-cost producers. The board has therefore decided to pursue the sale of all or parts of this business with the ultimate intention of exiting.”

While Johnson Matthey is expected to book a write-down of between £300 million and £400 million, the bigger problem is that the company is still heavily exposed to the diesel vehicle market and now has no clear roadmap into the EV future. Jefferies analyst Charlie Bentley comments:

“The key issue is Johnson Matthey has an overweight European Union diesel car catalyst franchise that is going to zero.”

That the international travel sector is, thanks to the Covid-19 pandemic, in a bit... END_OF_DOCUMENT_TOKEN_TO_BE_REPLACED

With a growing number of economists arguing there is a high chance we are... END_OF_DOCUMENT_TOKEN_TO_BE_REPLACED

While most still caveat the argument with the get-out clause it is far from... END_OF_DOCUMENT_TOKEN_TO_BE_REPLACED

Natural gas prices have rocketed with Russia accused of managing supply to drive up... END_OF_DOCUMENT_TOKEN_TO_BE_REPLACED

After their valuations boomed in 2020, the UK’s online fast-fashion giants of Asos and... END_OF_DOCUMENT_TOKEN_TO_BE_REPLACED