Reports over the weekend indicate Lloyds Banking Group is in advanced talks over the £400 million acquisition of Embark, a pensions products provider that calls itself the UK’s “fastest-growing digital retirement group”. If completed, the acquisition will be one of Lloyds’ biggest since its £20 billion taxpayer-funded bailout in 2008. The bank returned to full private ownership in 2017 after the government sold off its remaining stake at a profit.

Embark, founded in 2013 by Phil Smith who was previously head of UK wealth advisory at Barclays, employs 650 staff and administers over £38 billion in assets for around 415,000 clients. Mr Smith is still a substantial shareholder and other minority investors include U.S. investment managers BlackRock. 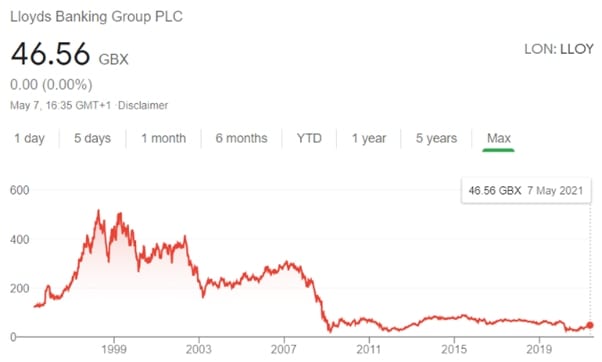 Embark has itself made a number of acquisitions to spur its growth over recent years, including a deal struck last year for it to take over Swiss insurer Zurich’s retail investment platform. The company operated a number of brands including The Adviser Centre, Vested, and Rowanmoor as well as providing Standard Life with white-label products.

News of Lloyds’ advanced talks with Embark were broken by Sky News over the weekend just days after long-serving chief executive Antonio Horta-Osório left the bank. Mr Horta-Osório is credited with successfully steering the group through a tricky period that included its recovery from the 2008 bailout and negotiating the PPI misselling fall-out and huge compensation payouts that entailed.

He signed off what will be considered a successful decade in the top job by reporting a surprise £1.9 billion profit for Lloyds over the first quarter of the year. The figure was well ahead of analyst expectations and came after the bank released cash reserves put aside to cover bad loans. An improving economic outlook led to the decision such a large reserve was no longer needed.

Mr Horta-Osório will be succeeded by former HSBC stalwart Charlie Nunn but he will not take up the role until August. William Chambers, the bank’s chief financial officer for the past two years, will also act as interim chief executive until Mr Nunn is in place.

The Embard acquisition, should it go through, looks a good fit for Lloyds’s strategy of further diversifying its income streams by increasing its interests in areas including insurance and wealth management. Neither Lloyds nor Embark were willing to comment on the reported takeover talks.