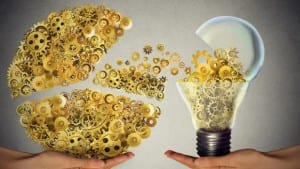 Technology businesses in the UK are inspiring record venture capital (VC) investment, with companies based in London receiving around 75 per cent of the £1.44 billion raised since the start of 2015.

The figures, which come from London & Partners – the Mayor of London’s inward investment company – reveal that tech companies in the UK have raised more VC funding in the past nine months than in all of 2014 (£1.37 billion). Of this, £1.05 billion has been secured by London-based firms.

Mayor of London Boris Johnson said: “As a global financial and technology powerhouse, it is no surprise to see that the capital is the jewel in the crown when it comes to venture capital investment in the UK tech sector. With record investment helping companies to flourish, access to top tech talent, world class universities and great transport links, there has arguably never been a better time to start, grow and scale a digital business in London.”

According to research from Tech City UK, there has been over ten times more investment in 2015 than in 2010, with Oxford Economics predicting that the number of tech businesses is set to rise to 51,500 by 2025.

Of the start-ups inspiring this record investment, e-commerce has seen particular success, raising over £161 million between them over the last three months – 10 per cent of the total raised by companies in London.
“In little more than five years we have seen investment in London’s tech sector increase tenfold,” said Eileen Burbidge, partner at Passion Capital and tech ambassador for the Mayor of London. “Even more importantly, we are now starting to see more later-stage investments which support the scaling of more London tech businesses.

Later-stage investment has risen by 387 per cent to £518.25 million over the last four years, London & Partners revealed, and points to an evolution of the London tech scene.

By July, start-ups in London had raised the bulk of a record £960 million from UK VCs, beating the £625 million raised in the same period of 2014. In this report, it was revealed that London start-ups are attracting more than 80 per cent of their funding from VCs.

Gordon Innes, CEO of London & Partners, said: “London is fast becoming a world class destination for tech. The capital’s access to talent and international markets makes it an attractive location for some of the world’s leading investors.

“From fledging start-ups to high growth companies, the money pouring into the sector is helping to support the growth of firms at all stages of the business life cycle. With London businesses securing around 75 per cent of all investment into Britain’s digital economy, it is no surprise that the tech sector is a leading source of jobs and growth for London’s economy.”

That the international travel sector is, thanks to the Covid-19 pandemic, in a bit... END_OF_DOCUMENT_TOKEN_TO_BE_REPLACED

With a growing number of economists arguing there is a high chance we are... END_OF_DOCUMENT_TOKEN_TO_BE_REPLACED

While most still caveat the argument with the get-out clause it is far from... END_OF_DOCUMENT_TOKEN_TO_BE_REPLACED

Natural gas prices have rocketed with Russia accused of managing supply to drive up... END_OF_DOCUMENT_TOKEN_TO_BE_REPLACED

After their valuations boomed in 2020, the UK’s online fast-fashion giants of Asos and... END_OF_DOCUMENT_TOKEN_TO_BE_REPLACED