Andrew Jones, chief executive of urban warehouses REIT LondonMetric, has been scathing of rivals still heavily invested in retail properties. He is convinced the strategy is a recipe for disaster and other London-listed REITs would do better to simply demolish many shop investments.

He commented of LondonMetric’s analysis of the commercial property market:

“We remain of the opinion that the majority of UK retail is over-shopped and under-demolished. The simple truth is that retail stores remain at a fundamental and irreversible disadvantage to online competition.”

Jones, who is also the founder of LondonMetric, which he set up after leaving his job as head of retail at British Land in 2009, had the foresight to move into logistics properties before e-commerce’s recent rise to dominance. 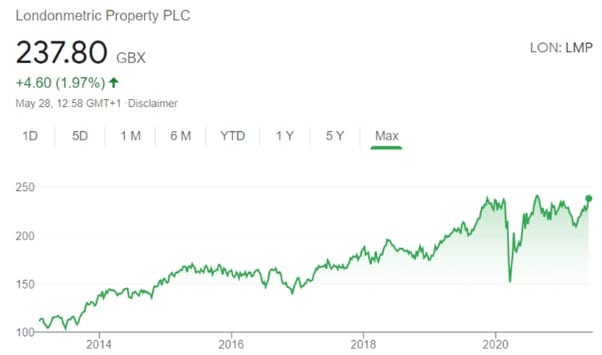 He then added for good measure:

“People who talk about [repositioning retail properties] are those who tend to have a load of retail they don’t know what else to do with.”

Land Securities chief executive Mark Allan last week appeared to indicate his company is prepared to double-down on its exposure to bricks-and-mortar retail property. He commented that he expected “opportunities” to come up in prime retail sites as a result of the recent sharp drop in rents and valuations:

“There is not a long list of people who have the capital and capability to be able to look at those opportunities,” Allan said. “We think that could be an interesting opportunity for Landsec.”

Land Securities’ own retail property portfolio has recently suffered with rents generated by its regional retail centre assets down 40% from recent peaks and their capital valuations down 60%.

British Land this week revealed plans to build logistics properties on land around several of its regional shopping centres after suffering a £1.1 billion loss, largely thanks to plunging retail property valuations.

There’s no guarantee retail properties will see a quick recovery post-pandemic. Property consultants Savills estimate the current 13% of UK retail properties lying empty could rise to as high as 25% by the end of the decade “without intervention”. Of the vacant retail units currently on the market, 40% have been empty for at least 3 years.

In contrast to commercial property REITs with exposure to the office and retail sectors, LondonMetric’s recent annual results showed the company had a good year. Demand for urban warehouses has hit record levels as online retailers invested in their supply chains over the pandemic.

LondonMetric’s net asset value per share, an important metric for property investment companies, gained 12% and raised its dividend by 4.2% on the previous year. The LondonMetric share price has gained almost 50% over the past 5 years.