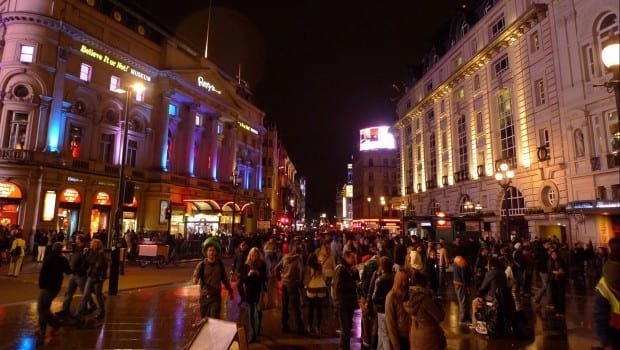 London’s office real estate market will see rapid growth over the next 12-18 months, while the Paris market will remain subdued as a result of ongoing sluggish macroeconomic growth, according to Moody’s.

In a note to clients on Wednesday, the ratings agency said UK GDP growth has been much stronger than France’s in recent years, although the gap is expected to narrow in the longer term.

While the UK experienced a steeper contraction of GDP during the financial crisis in 2009, it has recovered strongly since 2012, whereas France’s GDP growth continues to lag, Moody’s observed. Similarly, the unemployment rate in France was persistently higher through the financial crisis and shows no signs of abating, while the unemployment rate in the UK has been trending down since 2013.

The agency notes that prime rents are growing in London, recording a 5.8% increase between 2010 and June 2015 in the West End, compared with a decline of 2.8% in Paris CBD. There is also a disparity in direct real estate investment between London and Paris, with investment in London far outpacing that in Paris, where less favourable rental growth, combined with lacklustre economic growth lessens the incentives for new investment.

“We anticipate that the pace of growth in London’s commercial real estate market will remain brisk, aided by the strong economy, regulatory limits on new construction and occupier demand. This will benefit UK-based firms, such as British Land and Land Securities,” said Maria Maslovsky, a senior analyst at Moody’s.

Because these office companies prudently managed their balance sheets while pursuing profitable growth opportunities, improvements in their performance will generally translate into stronger credit profiles. However in the longer-term an increase in supply or softening in occupier demand may pose risks.

That the international travel sector is, thanks to the Covid-19 pandemic, in a bit... END_OF_DOCUMENT_TOKEN_TO_BE_REPLACED

With a growing number of economists arguing there is a high chance we are... END_OF_DOCUMENT_TOKEN_TO_BE_REPLACED

While most still caveat the argument with the get-out clause it is far from... END_OF_DOCUMENT_TOKEN_TO_BE_REPLACED

Natural gas prices have rocketed with Russia accused of managing supply to drive up... END_OF_DOCUMENT_TOKEN_TO_BE_REPLACED

After their valuations boomed in 2020, the UK’s online fast-fashion giants of Asos and... END_OF_DOCUMENT_TOKEN_TO_BE_REPLACED