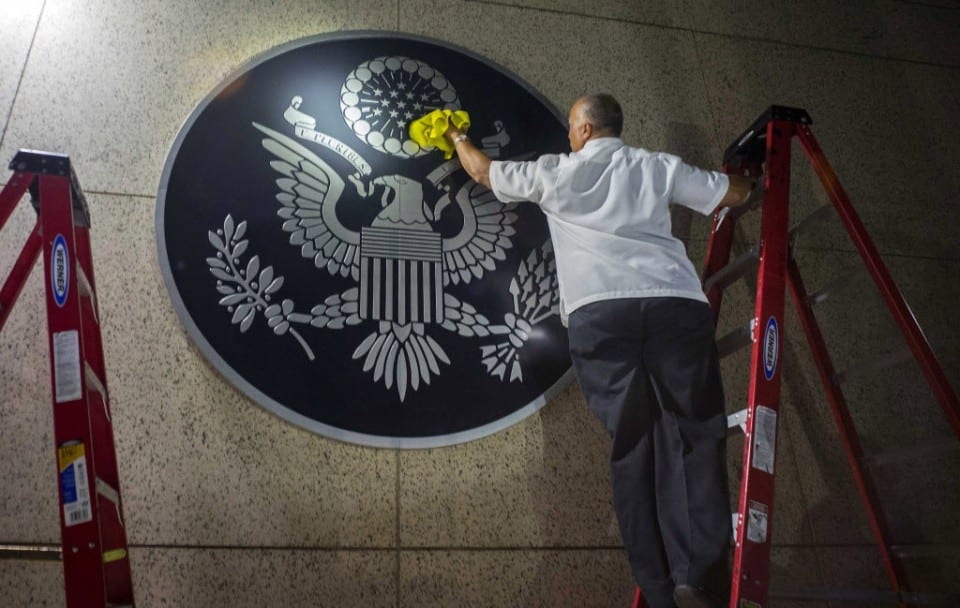 Mike Strain is Louisiana commissioner of Agriculture & Forestry and Joe Accardo Jr. is executive director of the Ports Association of Louisiana.

While the Cuban government should ease regulations to allow the growth of U.S. companies investing there, the United States should open up trade with Cuba. Louisiana can be at the forefront of doing business with Cuba to take advantage of opportunities from more agricultural exports, trade that would benefit Louisiana’s extensive port system and potential growth of the tourism and cruise industry.

When you’re in New Orleans, you’re twice as close to Havana as you are to New York City. Prior to the trade embargo, Louisiana had a flourishing trade relationship with Cuba through multiple state ports on the lower Mississippi River and Lake Charles, where most of our rice was exported. It would be beneficial to our state’s economy to expand commerce with one of our closest neighbors and historic trading partners. Every day we don’t expand trade with Cuba we are leaving money and opportunities on the table. Louisiana has a lot to gain from opening up trade – from our ports to our farms.

When our existing policy excluded American agribusiness from Cuban markets, foreign competitors like the European Union, Brazil and Argentina gained our market share. While Louisiana companies and farmers are kept on the sidelines due to the trade embargo, our international competitors are taking advantage of opportunities with no competition from the Louisiana business and agricultural sectors.

Cuba should be a key market for our state’s farms and agribusinesses. Cuba imports nearly 80 percent of its food and is home to more than 11 million potential customers for Louisiana’s farmers.

Our state’s top exports include soybeans, rice, and poultry, which are all commodities that are major imports for Cuba. Soybeans and rice accounted for a combined $750 million in export value in 2014 and that total would only grow if trade were expanded with Cuba. Cuba’s demand for soybeans, Louisiana’s top export, will only increase as Cuba’s livestock sector develops in the longer term. Cuba’s demand for rice per capita is the highest of any country in the Western Hemisphere, making it a natural market for Louisiana rice farmers to re-enter. Prior to the embargo, Cuba was typically the largest market for U.S. long-grain rice exports.

And it’s not just our products. The Port of New Orleans’ Gulf location makes our state a natural trade partner with Cuba. In fact, prior to the creation of the trade embargo in 1962, New Orleans was the U.S.’s largest trading partner with Cuba overall. Louisiana stands to gain even more from increased exports: Louisiana’s ports are about two sailing days away from Havana’s Port of Mariel, compared with more than 30 days for current Cuban trade partners using the Vietnamese port of Ho Chi Minh City.

Louisiana is home to five of the top 15 ports in the U.S. Even with the embargo, Louisiana ports are the top source of permitted U.S. goods to Cuba. Ending the embargo would allow those ports to trade even more with Cuba and increase business for Louisiana’s industries. One in every five jobs in Louisiana depends on ports. Allowing for more trade with Cuba will increase the volume of goods traveling through Louisiana ports, which will directly impact Louisiana workers and our state’s economy.

A little over a week into 2022 we’ve already experienced some major market movements.... END_OF_DOCUMENT_TOKEN_TO_BE_REPLACED

One of the FTSE 100’s current disadvantages, when it has come to attracting international... END_OF_DOCUMENT_TOKEN_TO_BE_REPLACED

Did you know you could build wealth by investing in Lego? A study suggests... END_OF_DOCUMENT_TOKEN_TO_BE_REPLACED

With most major stock markets around the world spending time at or near record... END_OF_DOCUMENT_TOKEN_TO_BE_REPLACED

For years, Baillie Gifford’s technology funds have been driving outsized returns for the mainly... END_OF_DOCUMENT_TOKEN_TO_BE_REPLACED