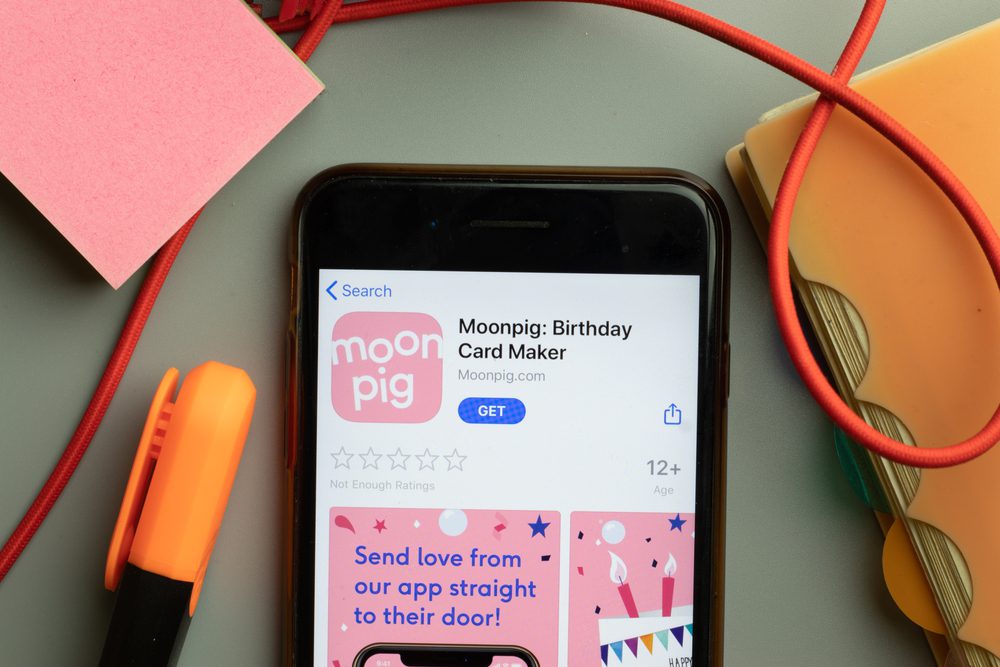 It expects turnover to reach between £250m and £260m this financial year, which would be down 32 per cent compared with the previous year

Moonpig shares crashed even record annual turnover by the company. It was the worst day for the company since joining the stock market in February after it warned roaring sales have slowed as Covid restrictions have loosened.

Moonpig was a pandemic ‘winner’ when its services were suddenly in hot demand as lockdowns shut shops and people turned to online shopping.

People unable to buy cards in shops turned to Moonpig, which lets customers upload handwritten messages to online versions of cards and send gifts from the likes of Lego and Cath Kidston.

But the reopening of the economy has normalised trade. It expects turnover to reach between £250m and £260m this financial year, which would be down 32 per cent compared with the previous year.

Although it said it had not seen an exodus of customers, it will be scrabbling to keep new users. Peel Hunt analysts downgraded Moonpig from ‘buy’ to ‘hold’ on the back of the muted outlook.

Investors cheered a host of other firms who reported that business was picking up now that life is returning to normal.

A jump in sales of takeaway sandwiches and other ‘food to go’ meals has boosted Greencore – up by 50 per cent on last year to £360m in the 13 weeks to June 25. It is also only nearly 3 per cent down than the same period of 2019. Shares gained 3.3 per cent, or 4.3p, to 133.2p, as the Dublin firm reported it is testing recyclable sandwich packaging.

The chemicals group, which makes ingredients used by the cosmetics, construction and oil industries and Omega 3 fish oil concentrates, reported a 41 per cent half-year rise in profits as sales rose 39 per cent to £934m. Business will be boosted by a contract to work on Covid vaccines.

A little over a week into 2022 we’ve already experienced some major market movements.... END_OF_DOCUMENT_TOKEN_TO_BE_REPLACED

One of the FTSE 100’s current disadvantages, when it has come to attracting international... END_OF_DOCUMENT_TOKEN_TO_BE_REPLACED

Did you know you could build wealth by investing in Lego? A study suggests... END_OF_DOCUMENT_TOKEN_TO_BE_REPLACED

With most major stock markets around the world spending time at or near record... END_OF_DOCUMENT_TOKEN_TO_BE_REPLACED

For years, Baillie Gifford’s technology funds have been driving outsized returns for the mainly... END_OF_DOCUMENT_TOKEN_TO_BE_REPLACED